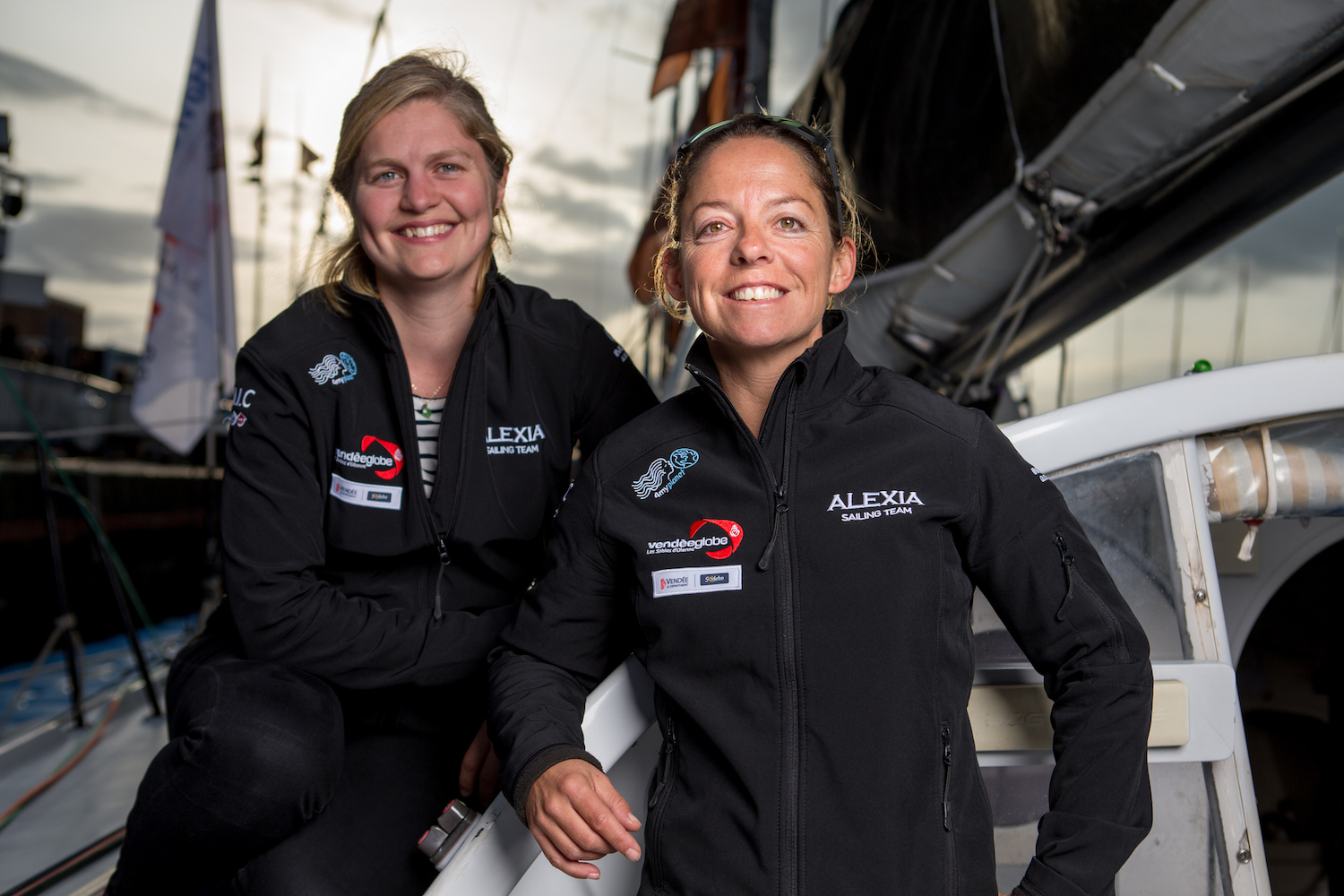 French woman, Alexia Barrier and Irish sailor, Joan Mulloy are the only all-female pairing in this Transat Jacques Vabre, and intend to get 120 percent out of their venerable old IMOCA.

Seven women are competing in the 2019 race in the IMOCA category. Among them, Barrier and Mulloy aboard 4myplanet, an emblematic boat, which has set sail on six voyages around the world (four times in the Vendée Globe and twice in Around Alone).

“I met Joan in the 2017 Solitaire du Figaro; I was racing and she was preparing a boat. We saw each other again in the Monaco Globe Series when we bumped into each other, without really knowing each other,” Alexia explained.

“Joan called me up early in the year to find out whether she could race in the Rolex Fastnet Race with me. I said to myself that it would be a good idea to do the whole season sailing double-handed together, including the Transat Jacques Vabre. I didn’t have enough funding to be able to do the Fastnet Race, but here we are in the Jacques Vabre.”

“In the Solitaire du Figaro, Joan was always the person who would be working late and who wanted to help everyone. She had incredible energy,” Barrier said.

“That impression was confirmed when I sailed with her. Joan always a certain zest. She is extremely professional and sails really well. We are both optimists; never giving up and never getting angry. We soon settled in well together.

“My task is to pass on as many hints as I can, so that she can do her best on a boat that she doesn’t know that well. Joan understands things quickly. I’m learning a lot at her side too. English-speaking sailors have a more methodical and neater approach to sailing.”

Joan Mulloy also has a lot of respect for her co-skipper in the Transat Jacques Vabre: “Alexia works really hard on her project and never stops,” she said. “I’m really lucky to be with her on a well-tested boat that is very reliable. I shall learn a lot.

“Alexia is always very calm aboard the boat. Even when things get tough, we remain upbeat and continue to joke around on board. That is a good sign.”

Aboard 4myplanet, Barrier is well placed to be able to compete in the 2020 Vendée Globe. That is not going to be possible for Mulloy, but the Irish skipper fully intends to take part in a future edition of the non-stop solo round the world race.

“Last year, I took part in the Monaco Globe Series with Thomas Ruyant, but unfortunately, I couldn’t find the funding to continue on an IMOCA,” she explained. “Competing in the Transat Jacques Vabre is an excellent opportunity to allow me to continue to progress and move towards my goal of taking part in the Vendée Globe.”

Competing on the oldest IMOCA in the fleet (launched in 1998), Barrier and Mulloy fully intend to get the most out of their boat. “We have a shared goal which is to sail to the best of our ability and that of the boat,” the Frenchwoman confirmed.

“We want to finish in Salvador da Bahia without any regrets and ideally leave five or six IMOCAs behind us. On paper, we have the slowest boat, but if we make the right choices and sail intelligently, we can have a great race.”