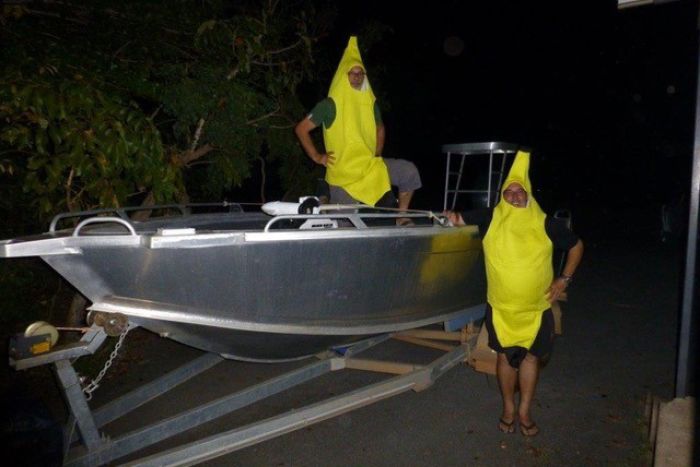 We sailors are superstitious souls and bananas are supposed to be bad luck on boats. We think this stems from the days when the old sailing boats transported bananas from the West Indies to England, and often contained large venomous spiders who were known to bite members of the crew. But a couple of fishermen in the Northern Territory now think there might be more to the superstition, as Mark Rigby from the ABC reports:

A Northern Territory fisherman is weighing his cash against his karma after a bunch of bad luck culminated in the sinking of his boat.

George Vlazny told the ABC's Tales From The Tinny that the whole rotten scenario started about two years ago when he and a co-conspirator sabotaged a friend's day of competition fishing.

“We were just mucking around and we found some banana lollies, and we put them in his boat,” Mr Vlazny said.

For the uninitiated, superstition portends that bananas are bad luck for fishing and could mean disaster for a trip.

So perhaps justly, Mr Vlazny said his sabotaged friend sought vengeance and there began the year-long game of putting bananas on each others' boats, tit for tat.

“At the next year's competition, we thought we'd bring it to a head and finish it,” he said. “We got some banana suits and while everyone else was in the meeting for the competition we had another friend take photos of us in every boat dressed as bananas. The problem was that the next morning it was my boat that cut out.”

Read the rest of the story to find out all the other things that went wrong – including supergluing his feet to the floor!