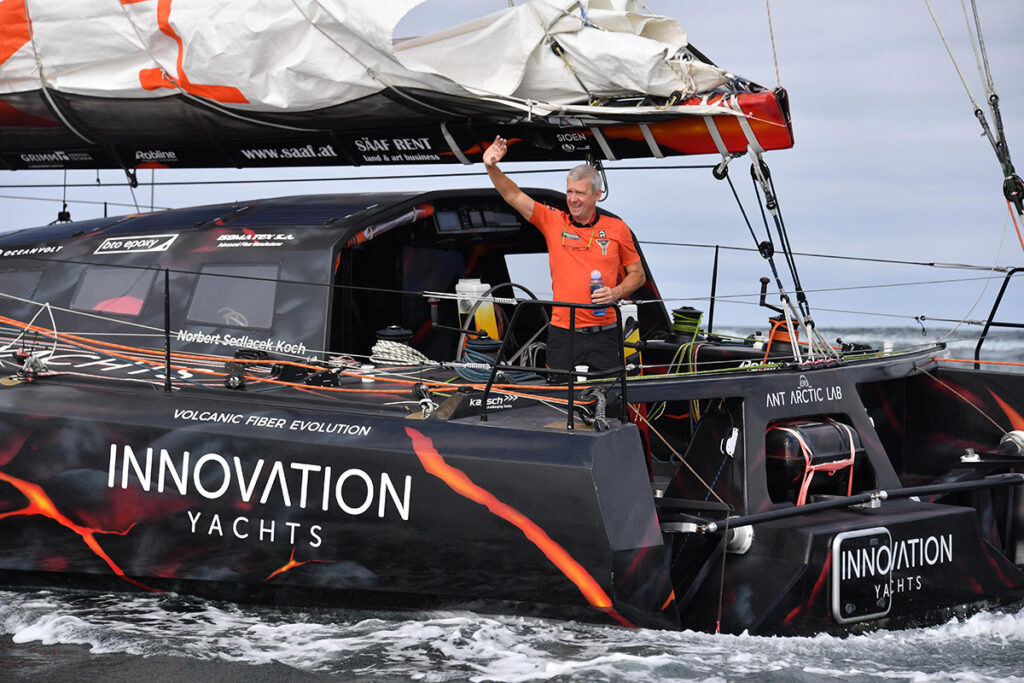 Norbert Sedlacek aims to become the first sailor to sail single-handed, non-stop through all oceans including the Arctic and Southern Ocean. Pic - Ant Arctic Lab 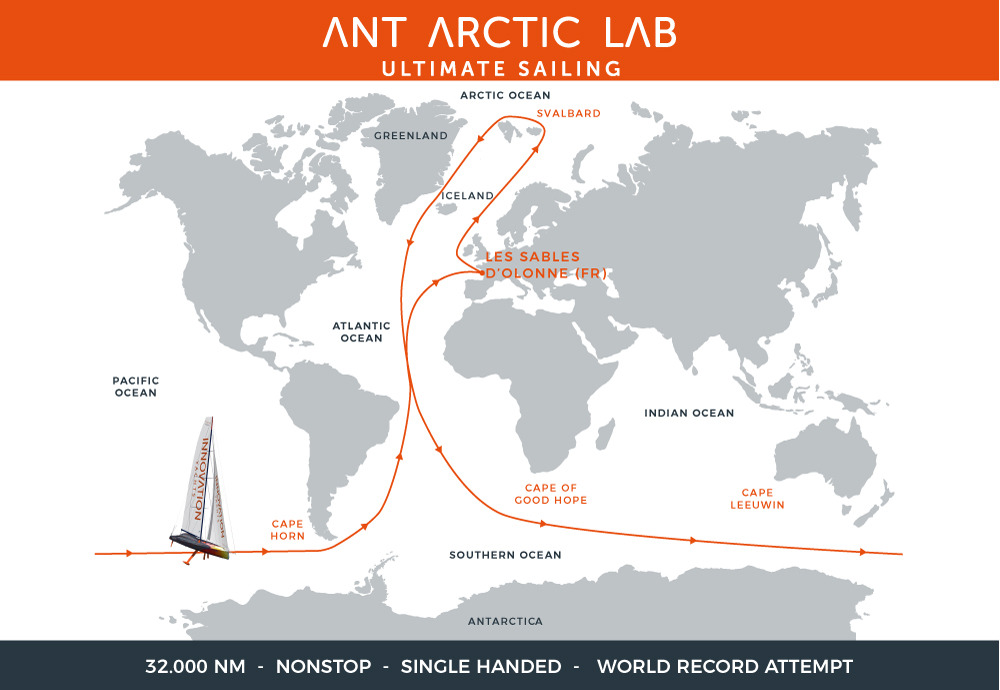 Sedlacek will be sailing around the world, passing the two poles and sailing through the five oceans. Pic - Ant Arctic Lab

Today fans, colleagues and sailing aficionados saw innovator and skipper Norbert Sedlacek set sail on his lifetime mission to set a world record, unassisted, single-handed and nonstop around the world.

This is his third attempt to tackle the biggest challenge of his career as a sailor. A trip around the world via the two poles and through the five oceans, an epic journey that he hopes to complete in 165 days.

Sedlacek departed today on board of his Open60AAL Innovation Yachts on 15th August from Les Sables d’Olonne, FRA, the home of the world’s only single handed nonstop round the world race, the Vendée Globe, in which Norbert also participated two times, and finished in 2009.

But the aims of this project are also highlighting the climate change and the Innovation Yachts yacht-building concept, the world’s first fully sustainable and recyclable one.

If this record attempt is successful Norbert Sedlacek will be the first sailor ever to complete a single-handed, non-stop circumnavigation without assistance across all oceans including the Arctic and Southern Ocean.

This challenge represents approximately 32,000 nautical miles, around 190 days at sea and will give an ultimate confirmation about the quality and safety of the Innovation Yachts new yacht building concept.

Innovation Yachts is an Austrian-French shipyard designing and building unique customized racing and cruising yachts. The yard uses new trendsetting fully sustainable and recyclable materials to optimize quality, performance and the protection of the environment during and after construction.

The Open60AAL is the first 60’ which has been built in Les Sables d’Olonne, France. This revolutionary prototype launched in 2018 is made from volcanic rock fiber, balsa wood core and biocompatible epoxy.

The yacht represents the vanguard of a new generation of high-quality boats, very powerful, safe and ecological.