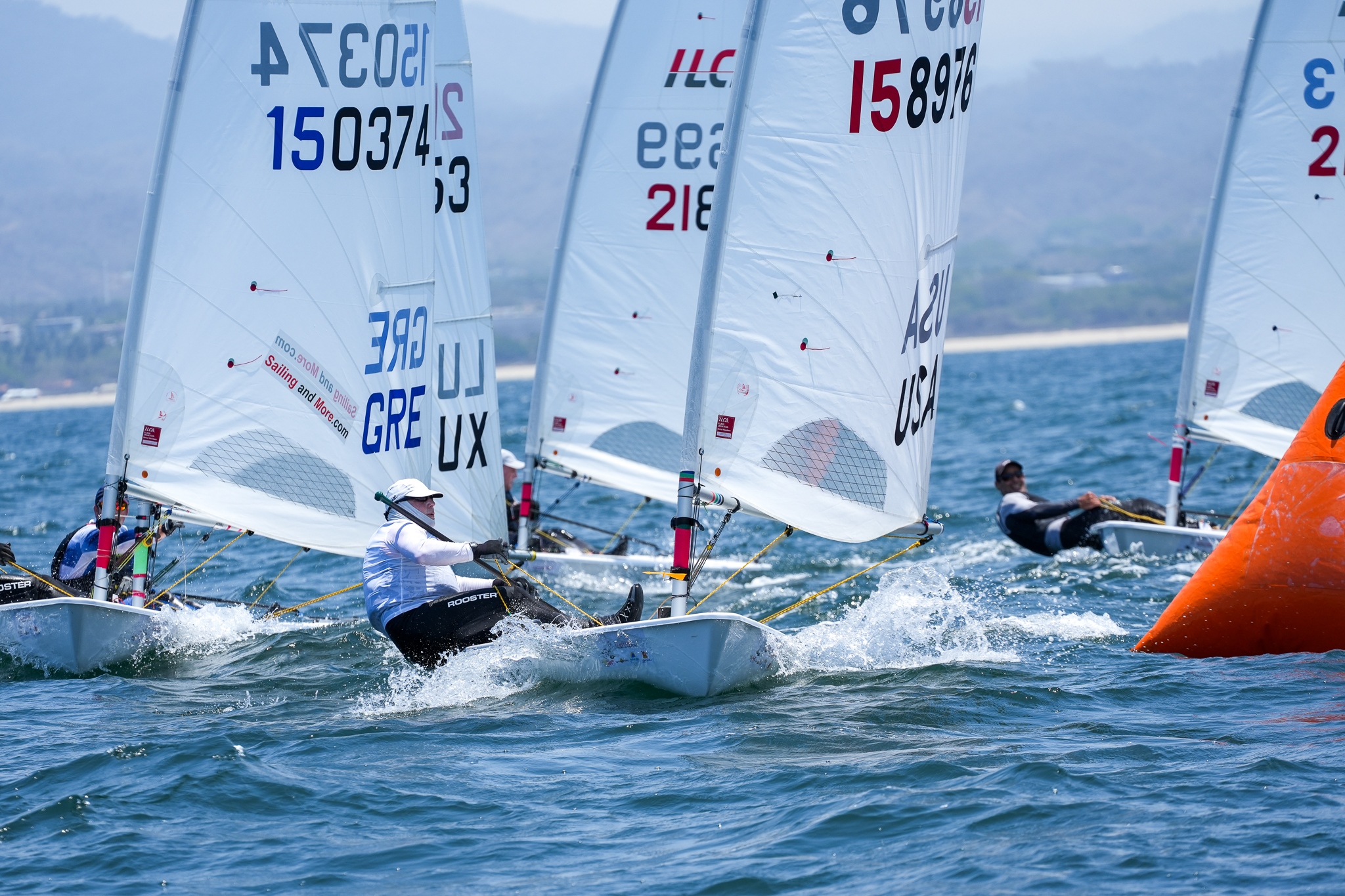 Yesterday the sailors used the reserve day for a well-earned lay day to rest and reset for the remainder of the championship. They came back today re-energized and ready to go, starting all races clean today with no recalls in 12–15 knots of hot Mexican wind. Although there are clear leaders emerging in these smaller fleets, the competition remains very tight at this championship and there are some new names on the leaderboards after today.

In the Apprentice fleet, Argentina’s Andres Heredia is still in first place ahead of Charles Baillie Strong of Luxembourg, although Strong finished both of today’s races in first ahead of Heredia. Adil Khalid of the United Arab Emirates still holds third overall. In the Masters fleet, Greece’s Adonis Bougiouris is still in the lead with seven wins and one second place so far at this event. American Ernesto Rodriguez is still in second after finishing both races behind Bougiouris. Orlando Gledhill of Great Britain, a new name on the leader board, moved into third place today. Australia’s Nick Alexander is placed eighth.