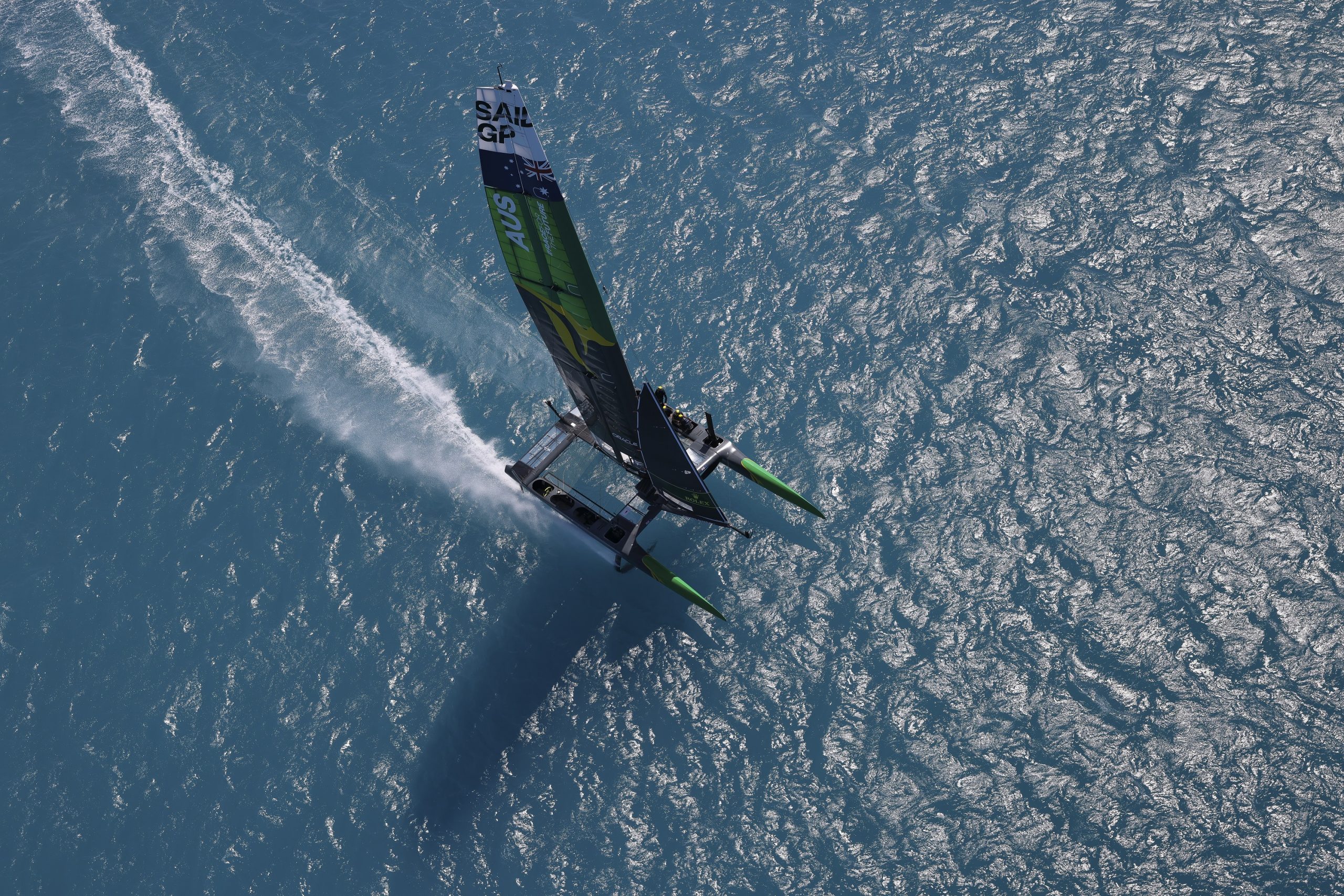 Tom Slingsby’s Australian squad proved why they are the reigning Champions of SailGP after dominating the first day of racing at the SailGP Season 2 opener in Hamilton, Bermuda.

The Australian team’s experience showed when the likes of USA, skippered by Jimmy Spithill and Great Britain, skippered by Ben Ainslie, could not get a look in, finally able to pull out third and second respectively in Fleet Race 3. America’s Cup winning skipper, Peter Burling and his New Zealand crew, also failed to make a dent.

The battle between the world’s top sailors erupted on the Great Sound, with the eight national teams going head-to-head in their identical, 2,400 kilo supercharged catamarans, in gusty wind conditions.

Not to be rattled by the new competition, including the New Zealand team and Jimmy Spithill’s new USA squad, Slingsby’s crew delivered an absolute masterclass, charging ahead to secure first place in all three fleet races.

Slingsby commented on the team’s performance saying, “It feels amazing, it was very satisfying to go out and perform like we did, especially after not performing our best in the practice racing.

“Our team was so strong in all areas from crew work to our shore crew’s prep of the boat. A lot of the team’s had issues with their boats, but ours worked perfectly and we were able to put the flying Roo on the top of the podium on day one.”

What set Slingsby’s crew apart from other teams, was their near perfect starts, which saw them leading the pack to each of the first marks of the fleet races.

“I’d say our starts really set us up for a good day. I spent 14 months stewing over my bad starts in Sydney and I’ve watched every type of footage we have from the first season so I could make them better for this event.

“It’s one of those instincts moments where you need to trust yourself in the final 10 seconds and today we were able to pull ourselves together,” Slingsby said.

The win was made even sweeter for the Australians, after their disappointing loss to Ben Ainsley’s British team at their home event in Sydney last year. The Australian’s were hunting for revenge on the Great Sound and achieved it after convincingly beating Ainsley’s team in all three races.

“It does feel good to get some redemption after Sydney for myself and the team after Ben kicked our asses. Ben Ainsle is the greatest Olympic sailor of all time, and even though he had a bad day, he’ll be strong in tomorrow’s racing so you can never count him out,” Slingsby said.

Racing will continue tomorrow on the Great Sound, with all teams competing in two fleet races. Following on, the top three teams on the leaderboard will face off in a thrilling final race to crown the winner of the Bermuda event.

“It’s expected to be pretty windy tomorrow, so we are preparing for exciting and carnage-fuelled racing once again.

“I think every team will go back and watch what they did wrong and what we did right. They will learn from today. with the access to shared data in SailGP, teams can figure out exactly why we were getting the advantage on them which keeps things interesting,” Slingsby added.

SailGP also enters this season with a purpose-led agenda at its heart – racing for a better future, championing a world powered by nature.

SailGP is setting a new standard as the first climate positive sports property, and through its ‘Race For The Future’ initiative aims to accelerate the transition to clean energy. Australian fans will be able to watch the action of the second day of racing on the SailGP app and live on official broadcasters Fox Sports and Kayo Sports. Kayo Sports are also offering fans free access to both the live and replay racing.

Here are the results from all fleet races.