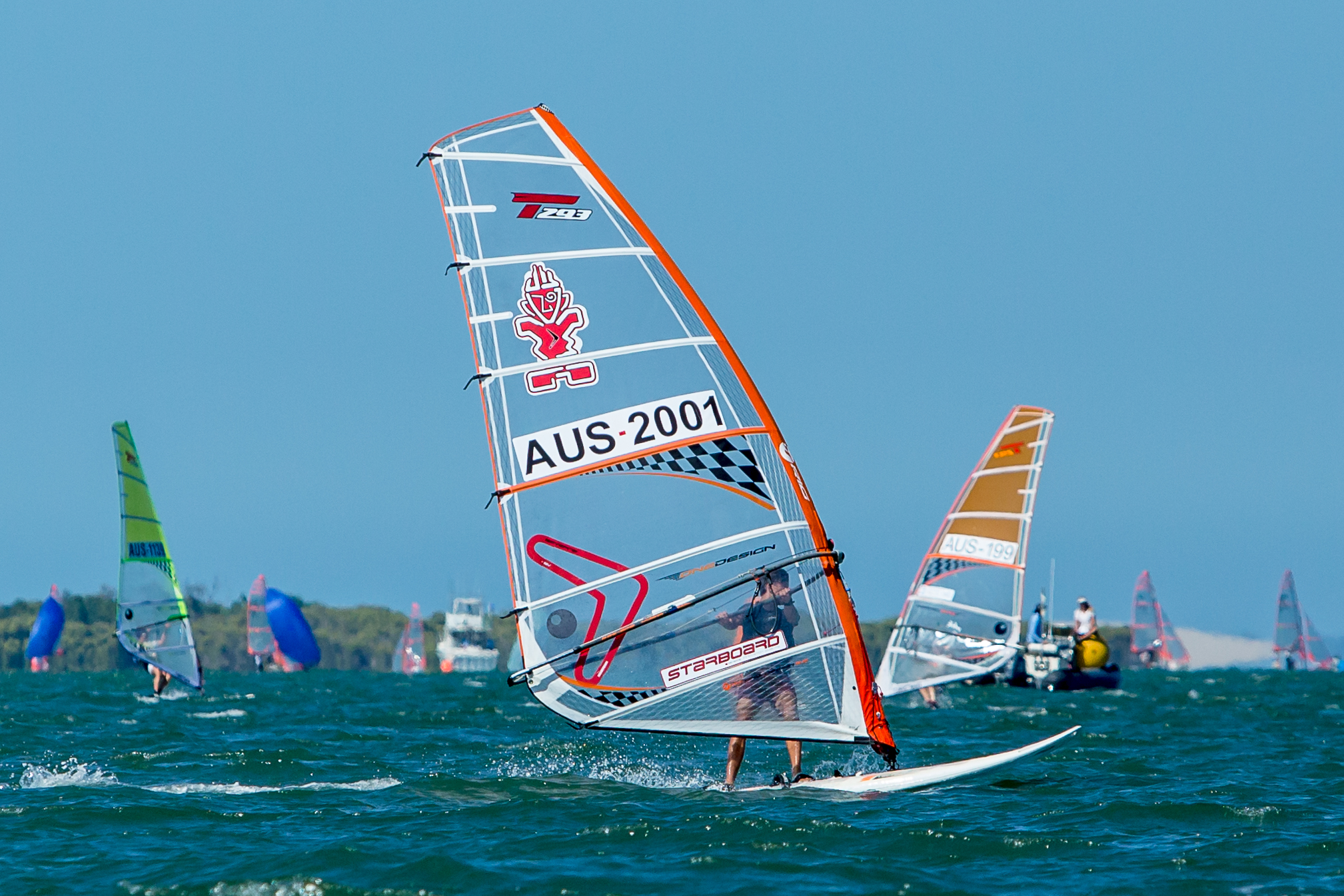 With Youth Olympic qualification on the line, Bic Techno Plus and Nacra 15 competitors are finding their groove at the half way point of the 2018 Australian Youth Championships.

A fascinating battle between Max van der Zalm from New Zealand and Alex Halank from Australia is taking place in the Bic Techno Plus with Alex hot on the heels of his trans-Tasman rival.

“Today was really good, the wind picked up by the last race and I ended up winning a race,” Alex said. “It was close racing with Max from New Zealand – we’ve been within 20 seconds of each other at the finish so nice and close.”

And then the wind picked up across all three race courses producing some epic wipe-outs.
“There were no wipe outs for me, which may have given me a bit of an edge, but a couple of people were not ready for the wind when it did pick up,” Alex added.

Kiwi, Veerle ten Have is leading the female feet in the Bic Plus with Queenslander and 2017 Australian Youth Worlds representative, Hailey Lea, building momentum to handle the heavier breeze.

“It was really tricky stuff, especially with me being underweight for the 8.5, but it was really fun getting around the top mark and slamming it down wind, hectic stuff,” she commented.

After a strong day yesterday, Will Cooley/Evie Haseldine are leading the Nacra 15 fleet with Tom Crockett/Tahnie Caldecoat in second and Tom Dawson/Sarah Hoffman in third.

“It was pretty hairy, it was getting to the limit, a solid 23 knots gusting to 25, but it was about keeping the boat going fast but not pinching too high,” Will said. “Downwind it was both keeping safe and going fast.”

Evie said; “We had one capsize, but it was after the last race, so we were pretty stoked about that – and not many mistakes during the race.”

Matilda and Lily Richardson are currently the first females in the 420, while Youth World 420 champions, Otto Henry/Rome Featherstone, came away with two bullets from two races to continue their lead in the class.

Victorian, Sarah Gleeson is third overall in the Laser 4.7 and the first female. Overall, Michael Compton is eight points clear of his nearest rival.