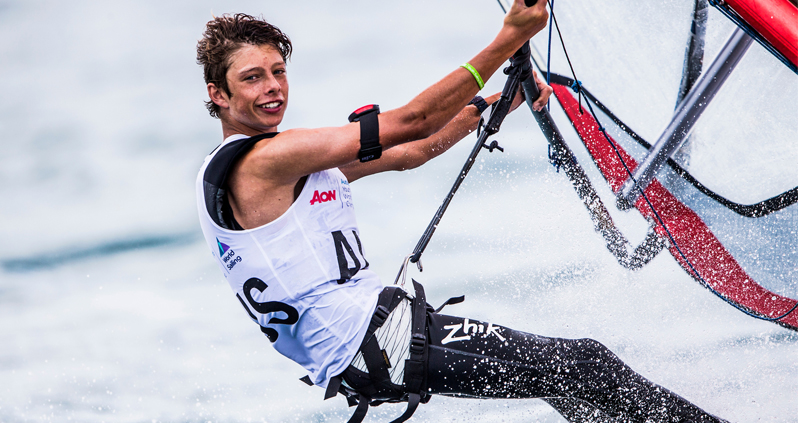 Some of the nation’s best young sailors have a huge added incentive to excel at the upcoming Australian Youth Championships after confirmation the event will serve as a qualification point for the 2018 Youth Olympic Games.

Instead of being a ticket solely to next year’s Youth Sailing World Championships in the US, for those in the right age bracket the nationals in Queensland from January 11-15 could be a golden ticket to the quadrennial Youth Olympics, to be held in Buenos Aires from October 6-18.

“The Youth Olympics is my major goal,” said Alex Halank, a national windsurfing champion across six disciplines. “I would be super excited to represent Australia at the Games in Argentina.”

Halank faces a tough road to reach the Youth Olympics, as he will have to switch between disciplines several times in the lead up.

“With windsurfing, at the nationals we qualify on one board, the Techno, and compete on a different board at the Worlds (RSX),” he said. “This means I have to swap boards as soon as I get home from the Worlds and start training for the nationals on the Bic Techno.

“The next World Championships are in July on the RSX again and the Youth Olympics are on the Bic Techno. It will be tricky to be in top form for the Nationals with so little time between regattas but I’m getting lots of help from my coach.”

The sailing events at the Youth Olympic Games are:

Potential representatives must be aged between 15 and 18 on December 31, 2018. Not all athletes in contention for the Games will compete at the Australian Youth Championships. Qualification places will be available through specific World Championship events:

With the lure of the Games added to Halank’s program, the NSW south coast teenager is preparing for a busy summer.

“The Australian Sailing Youth Team are attending a pre-Worlds Camp – including Sail Melbourne – and then heading out to China (for the Youth Sailing World Championships) straight after that.

“That will be about 20 days away from home. Then I’ll be home in time for Dad’s birthday and Christmas before heading to Brisbane for the Nationals/Oceanias.”

CLICK HERE for all the nomination and selection guidelines.