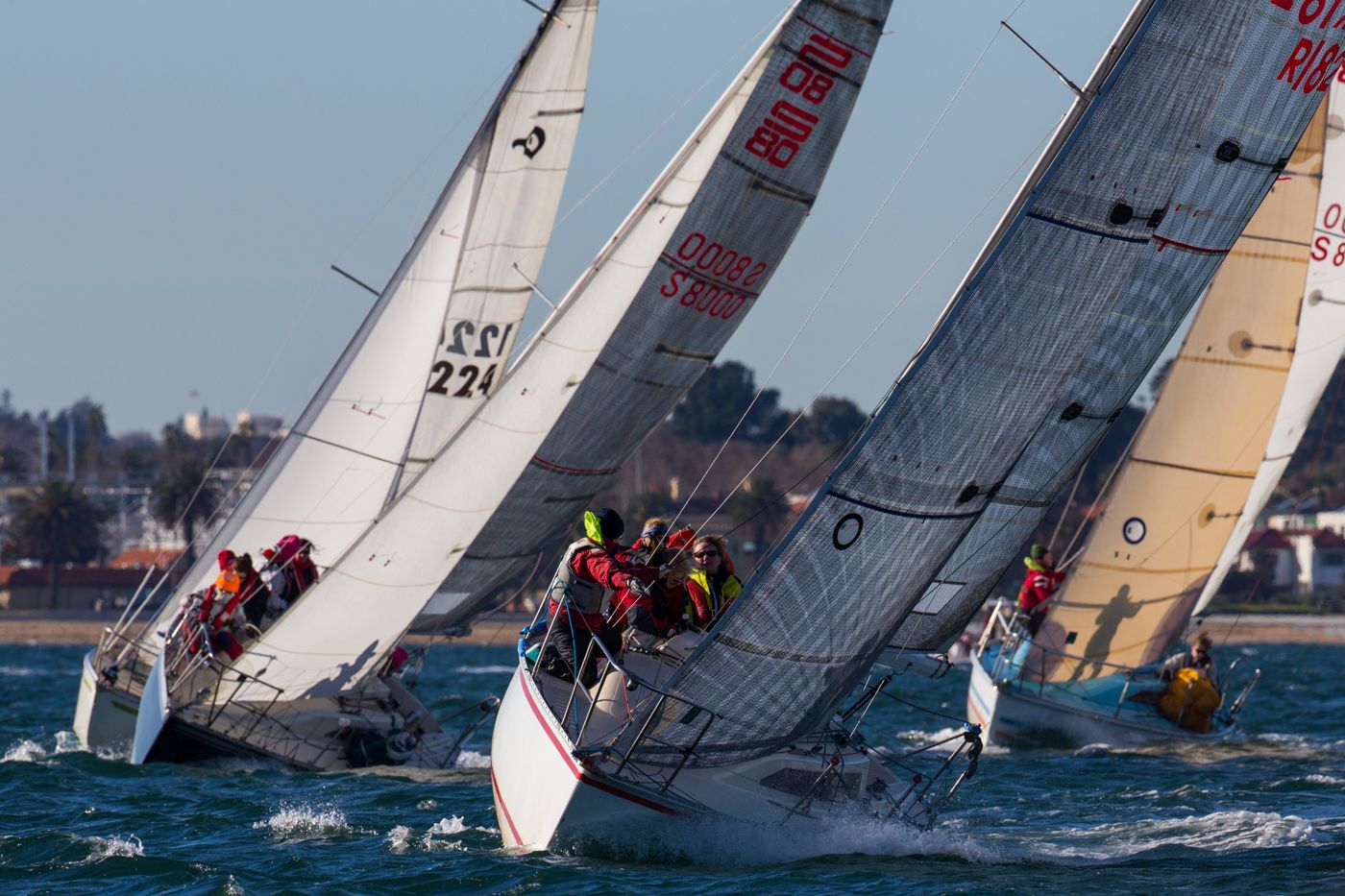 Women crews representing five states and the Northern Territory could experience dicey winter conditions, from near-to-nil breeze up to a 30 knot icy blast from the southern ocean when they line up for the annual Australian Women’s Keelboat Regatta from June 10-12, 2017.

Royal Melbourne Yacht Squadron on St Kilda’s foreshore will host local and visiting crews and coordinate the three day schedule of racing and social activities over the Queen’s Birthday long weekend, the 27th edition of the unique women’s event.

So far RMYS has enough participants registered to put together 14 crews and a handful more are expected, including a complete New Zealand team. Organising committee chair and immediate past RMYS Commodore Janet Dean says girls and women who would like to nominate and be matched up with other female sailors have until June 1 to register online. Enquiries to RMYS sailing coordinator Danielle Cooper awkr@rmys.com.au

Memories of her first AWKR in 2016 are vivid for West Australian skipper Karen Koedyk who borrowed an S80 called Rock n Roll, the same design she owns and races out of the Royal Perth Yacht Club.

“It was eight degrees on the Saturday and hail, not at all friendly for a Perth person. Doing the regatta improved my confidence. When I was leaving the marina I was thinking ‘these people are my responsibility and I have to get them safely through the experience’. We sailed to the ability of the people on the boat. I’m only a novice helm; I’ve been sailing for 10 years which isn’t long in sailing terms. The owner was lovely and was there to wave us off the dock; he was very much part of the crew.”

Koedyk will head up a mixed team from New South Wales, Victoria and Western Australia including her daughter Angela who lives in Melbourne. “She’ll be at the front of the boat – so there’s no back chat,” Koedyk suggests.

She was encouraged back to the regatta by one the crew allocated to her last year, inspirational NSW sailor Kristi Foster, who has an amazing story of recovery from two broken backs. “I have some lovely women joining me on the boat again this year and the first time we’ll sail as a team is when we leave the marina for the start line on day one,” Koedyk adds.

A number of S80s will be among the fleet and the class association is a generous supporter of AWKR.

Brisbane based Sally Crowley has wanted to compete in the AWKR with her Royal Queensland Yacht Squadron teammates for a number of years and was looking at borrowing a boat for the coming series. That was until she and husband James happened to buy a Mornington based 40-footer called Javelin which came with the perfect settlement period.

“James and I have been looking at the J122 design for a couple of years. We saw this one in Mornington and liked it, and the timing from the settlement to the regatta has worked out. I’ve got nine girls who have already shown incredible commitment by joining me in Melbourne for a training weekend. After the AWKR we’ll deliver the boat up to Queensland.

“That whole training weekend took a lot of the guesswork out of the new boat I suppose…I hope!!! It’s really exciting stepping up to helm a 40-footer with that many people – a mixture of women with a couple of months’ to decades of experience. There are no rock stars. It will be a unique opportunity to race with an all-women crew and there’s no fall-back. It will be up to us.”

The Port Phillip women’s regatta was founded after a pair of Aussie trailblazers competed in a New Zealand women’s championship then put the idea of a national series on the table. Because of these historical links, Kiwi entries always receive an extra special welcome.

The regatta runs on the principles of generous owners, mostly RMYS members, loaning their boats for the long weekend, encouraging and developing women in the sport, and fun. Watch last year’s hilarious kite packing competition here.

Two races are scheduled to start daily from 1000hrs to the west of the St Kilda breakwater and east of the shipping channel. Race Officer Lou Hutton will oversee the RMYS’ race management team.

RMYS is well into its annual May lecture series with fantastic guest speakers talking on specialist topics, an educational offering open to everyone, including all AWKR competitors.