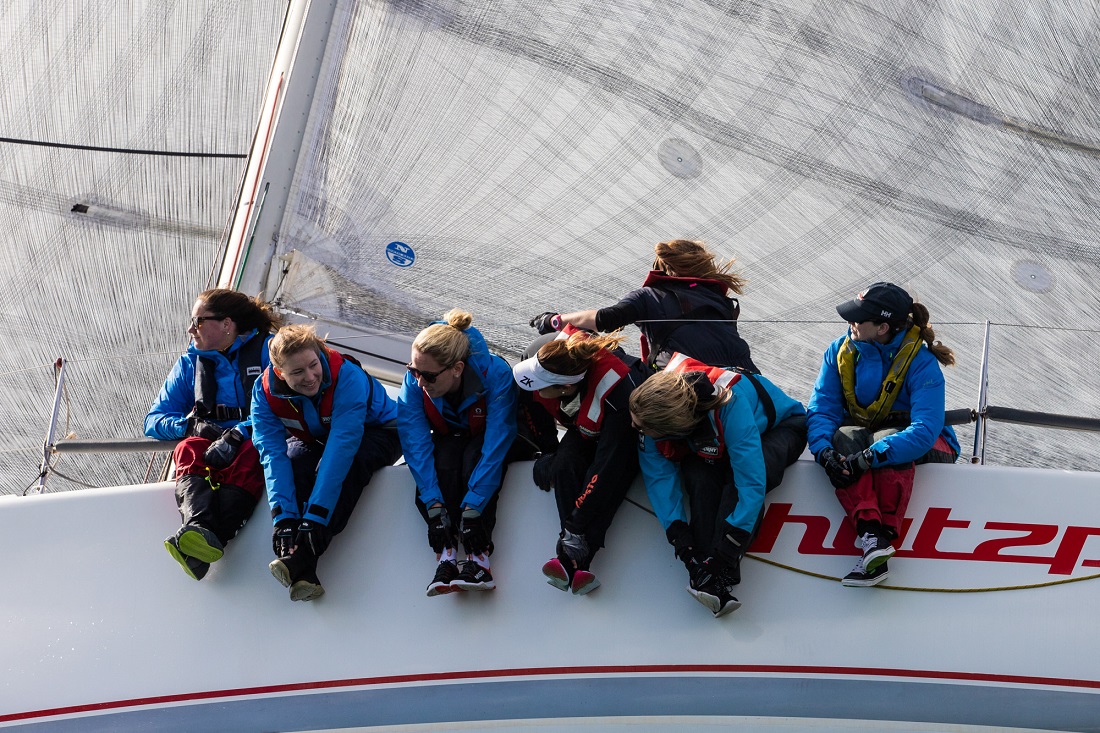 The Australian Women’s Keelboat Regatta (AWKR), hosted by Royal Melbourne Yacht Squadron (RMYS) each year, has deservedly earnt the reputation of being the largest all-women keelboat regatta in the world, with numbers in this 30th edition having the potential to exceed last year’s record 40 boats – if early indications are anything to go by.

To be held from 6-8 June, Committee Chairwoman, Kristen Buckland, is confident of a large fleet in 2020: “We are looking at beating last year's numbers. The regatta just keeps growing in popularity,” she said.

“So far we have a few familiar faces and some newcomers, which is pleasing to see,” Buckland said. “We’re expecting many past competitors and entries from all over Australia and New Zealand for our anniversary.”

Open to yachts for AMS, IRC and EHC divisions, along with a division for S80s, the regatta is the brainchild of past RMYS commodore and former entrant, Gai Clough. Neither she nor the Club could have possibly foreseen the regatta growing so much in stature and size.

Sailed on Port Phillip, with all its vagaries, the fundamental attraction to the annual event is that it is open to experienced sailors and to those who are making their way in the sport. Some skippers are bringing through talent from their clubs’ youth academies, while others are offering spots to newcomers, as women’s participation in sailing continues to rise.

A point in case is AWKR newcomer, Sal Balharrie from the host club. She has purchased the trophy winning Sydney 38, Chuztpah38, from well-credentialed yachtsman Bruce Taylor. Cleverly renaming the yacht ‘No Man’s Land’, she sent an email to a broad range of women, asking ‘would you like to learn how to sail?’

“Within a day I had a core of 12 prepared to commit to learning how to sail. With training in place, we are headed to the Australian Women’s Keelboat Regatta,” the experienced Melbourne sailor said.

“I’m not setting out primarily to win trophies, I’m setting out to build a culture,” Balharrie stated, while also acknowledging that she is, nevertheless, very competitive.

Among the early entrants too, is regular competitor, Claire Heenan, back for her fourth tilt at the trophies; “I did my first in 2015,” she said. The Gosford sailor returns to the fold with the Adams 10, Jungle Juice (NSW), loaned to her again by past RMYS Commodore, Janet Dean.

“We are grateful for Janet’s continued generosity – this regatta would not be possible without the generosity of many boat owners,” Heenan declared.

“Going to Melbourne for the Australian Women’s Keelboat Regatta is a highlight for us. It’s very well run and supported by those at Royal Melbourne Yacht Squadron. It’s a lot of fun, with great functions. The ‘Boat Boys’ do such a good job and they’re a reassurance for owners and crews.

“Part of the attraction too is there are a lot of competent teams mixed in with regular club racers and those new to racing; women of all levels.”

Jungle Juice’s crew this year will be a somewhat new look one, with familiar faces and some not so.

“And the age difference between us is new too – roughly 60 years between youngest and oldest – a real mix. We all sail together at some point in the year, so we do know to each other,” says Heenan who hones her skills racing an Etchells in Gosford on the weekends.

“Our goal for the regatta is to sail well and to laugh hard,” she said.

Apart from the winners’ trophies, the AWKR also contains some special awards:

This is Australia’s largest women’s keelboat regatta with a record 40 yachts and 300 women taking part from Australian and New Zealand last year.

The Australian Women’s Keelboat Regatta thanks long-standing sponsor and competitor, Rebecca Badenoch and her law firm Culshaw Miller Badenoch and Doyle Sails for their ongoing support. McGrath is back on board to sponsor the upcoming lecture series – more details will be available in due course.

To enter and for Notice of Race, please visit: www.awkr.com.au