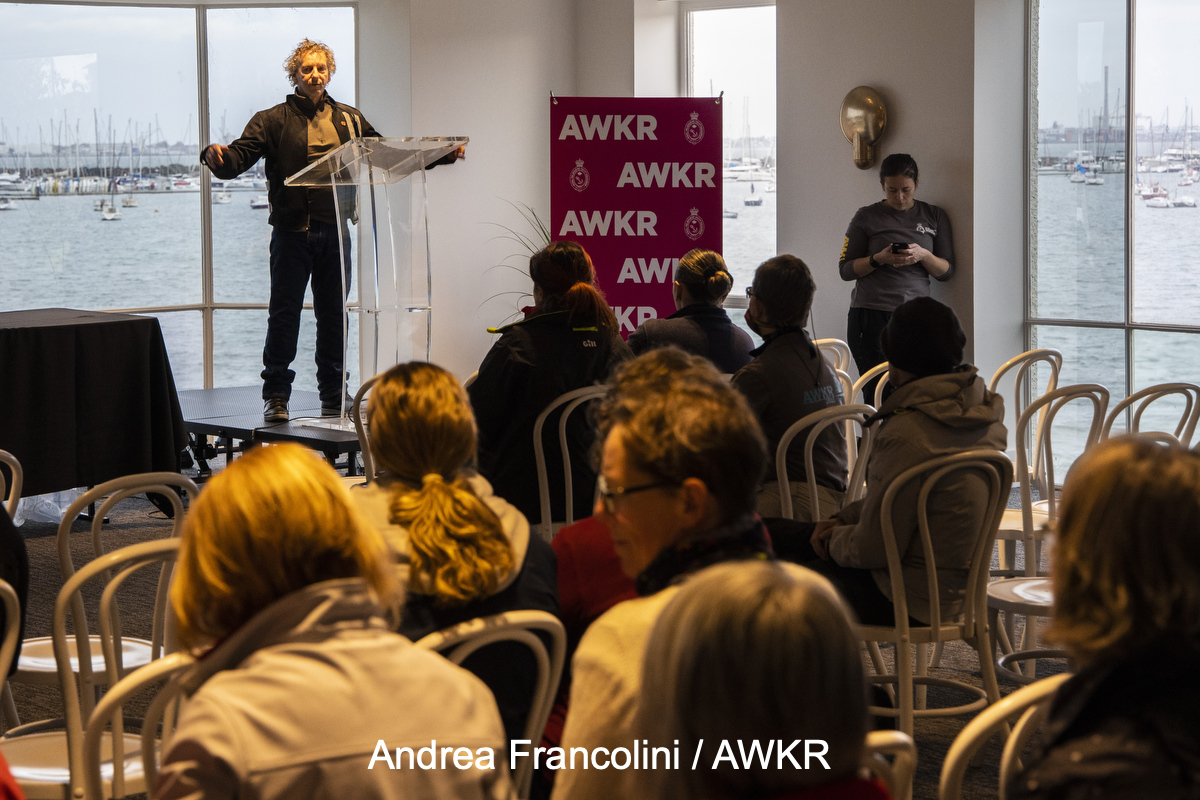 The Australian 30th Australian Women’s Keelboat Regatta (AWKR) fired up with a race briefing at Royal Melbourne Yacht Squadron early this morning, ahead of the first race which started at 10am on Port Phillip in a stiff cold breeze.

At the briefing crews were advised that winds were expected to reach 25-30 knots this afternoon. Should it reach the upper limit, organisers will look at abandoning Race 2.

Gojnich, who with Nicky Bethwaite, was the first female to represent Australia in the Olympics (Seoul 1988) in the 470 Women’s. Her last Games was Beijing 2008 in the Yngling keelboat. In recent times, Gojnich has been successfully sailing a J70, Madness.

For this event, she has Alex Murray alongside her, along with women who have been doing a sailing course at the Royal Sydney Yacht Squadron.

“We’re here for the experience and to take ideas back for our Women’s Regatta in October,” said Gojnich, who has been an avid supporter of the Australian Women’s Keelboat Regatta, including 2019 when the event was last held. It was cancelled in 2020 and 2021 due to Covid restrictions.

Sarah Ladd is helming the second J70, The Jackal, with Lindy Hardcastle as her 2IC.

Eyeing the two NSW crews off is local sailor, Monica Jones, who is at the helm of a brand new J70, Sequel, generously loaned to Jones and her regular crew by Anthony Landgren. Jones races regularly out of RMYS so has the upper hand when it comes to local knowledge.

Fiona McManus and her crew have come all the way from the Northern Territory and are sailing an S80 loaned to them by Melbourne’s Keith Chatto. Melbourne owners have been generous yet again in loaning boats to many interstate competitors, in this unique regatta.

Back too are the ‘Boat Boys’, who are here to help getting the boats off and on the marina along St Kilda Pier quickly each day. They are also on hand to help with any repairs.