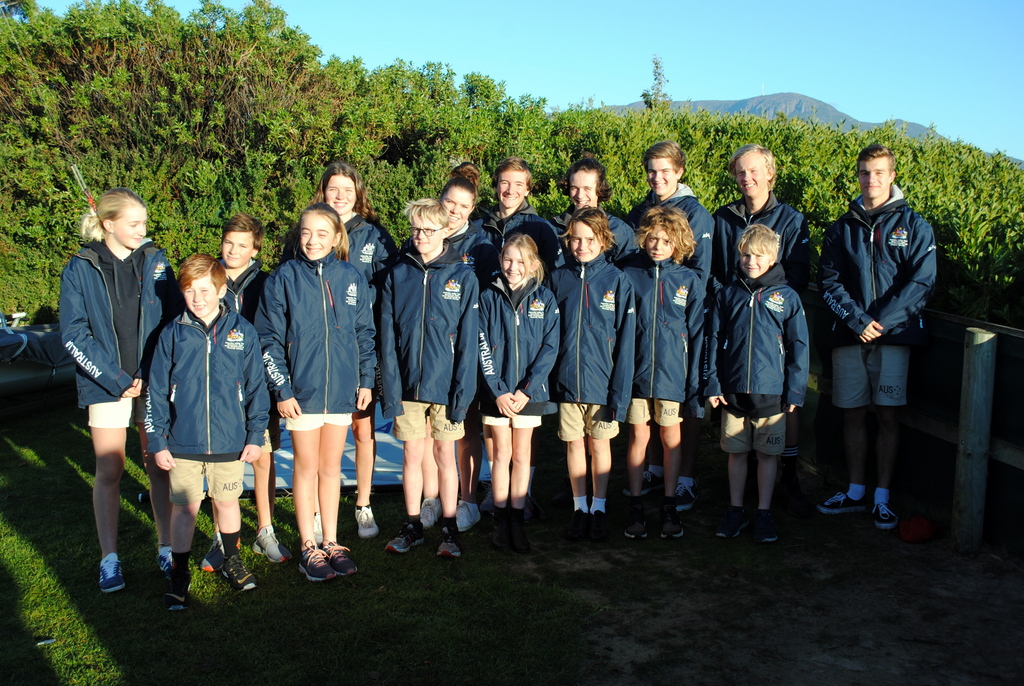 It’s 8am and down on Nutgrove Beach, in front of the Sandy Bay Sailing Club, the temperature is 4 degrees, with the brisk wind chill factor bringing it down to near zero.

However, today’s frosty morning did not deter near 90 young sailors from Tasmania and Victoria from preparing their dinghies, Lasers, International Cadets, 29ers and Optimists for a day of intensive onshore and on-the-water coaching.

The young sailors, from seven-year-old Cadet crews to their teenage skippers, are sailing on the River Derwent as part of Sandy Bay Sailing Club’s June long weekend coaching camp.

In addition to the Cadets squad, 24 Lasers, nine 29ers and 19 Optimists, a total of 65 boats and 87 sailors, are taking part in the Sandy Bay Sailing Club coaching camp, plus about 30 club volunteers (mostly parents) and local and interstate coaches.

For the Cadet sailors, it’s a significant weekend of coaching under Geelong-based coach Tony Bull as this is the final camp for the Australian team of eight boats and 16 sailors heading for the 52nd Cadet Worlds at Bodstedt, Germany, from 29 July to 3 August.

Bull, a sailmaker, has coached the Australian Cadet team for the past six years and can count two world championship victories.

By midday, the young sailors were in keen competition afloat under the watching eye of their coaches, the temperature had soared to 11 degrees (still felt like 7 degrees), but it was sunny and the nor’wester was still blowing on a sparkling River Derwent.