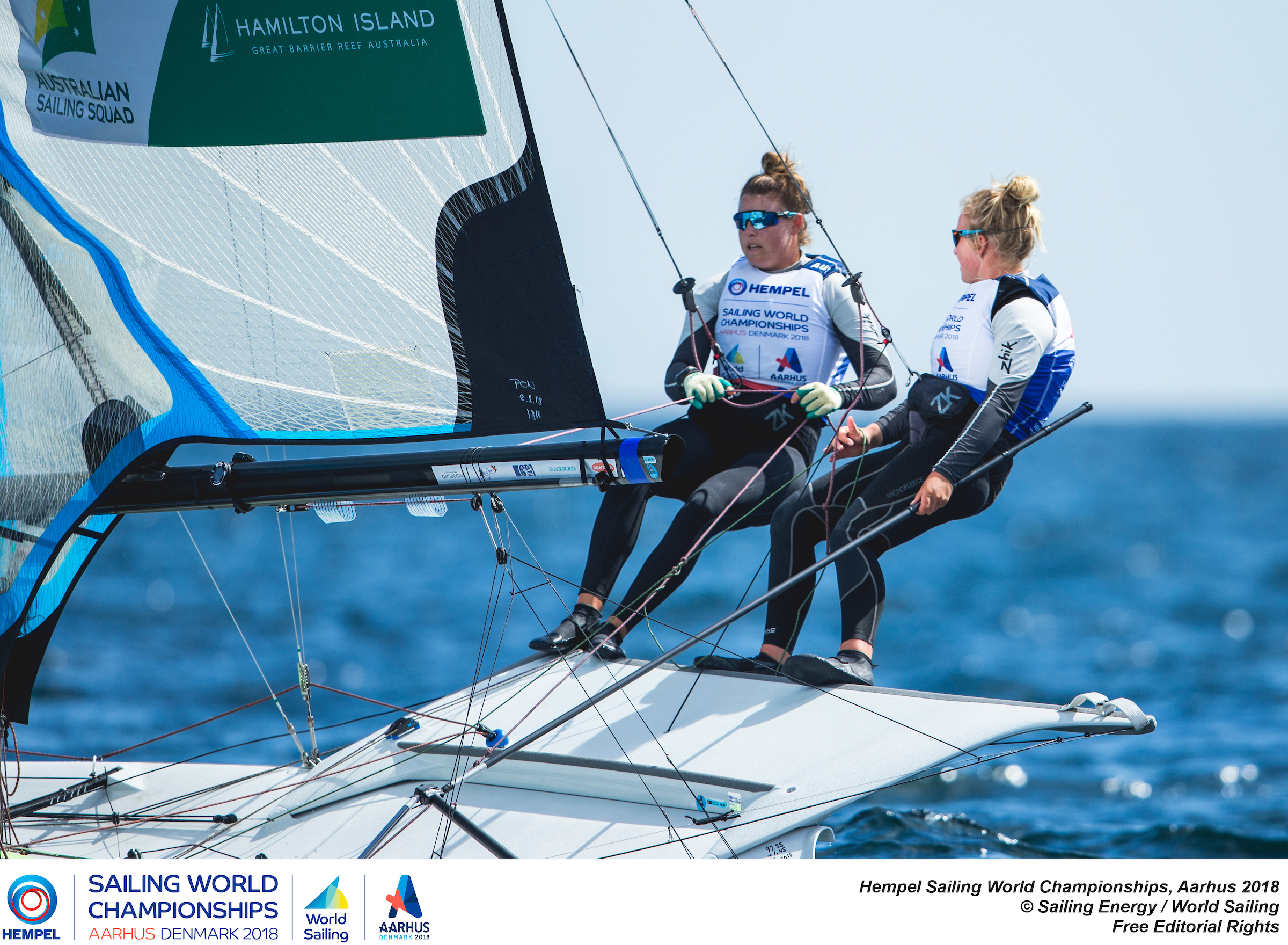 Australia’s squad for the first official Tokyo 2020 Olympic test event next month will be headlined by six of the seven sailors who won medals at the 2016 Rio Games, Australian Sailing announced today.

The strong squad of 19 also features rising stars Natasha Bryant and Annie Wilmot, who qualified Australia for an Olympic quota place in the 49erFX at the recent World Championships at Aarhus in Denmark.

The test event – which doubles as the first round of the 2019 World Cup Series – will take place at the Olympic venue at Enoshima, 70 kilometres south of Tokyo, from September 9-16.

Performance Director Iain Murray said the regatta would provide Australia’s representatives with valuable experience of conditions in and around the Olympic venue.

“This is the next installment in us gaining that experience,” Murray said. “It will be a test of our facilities and a great opportunity for us to grow our understanding of the environment.”

The team for Enoshima was selected in two portions. The first was based on criteria around recent results and the second was decided by a three-person panel and confirmed by the Board of Australian Sailing.

Those team members will be joined by those selected before the World Championships – Tom Burton and Matt Wearn (Laser), Lisa Darmanin and Jason Waterhouse (Nacra 17), Mat Belcher and Will Ryan (470M), and David Gilmour and Joel Turner (49er).

Team members for the Test Event will begin arriving in Japan from September 3 to start localised training for the regatta.