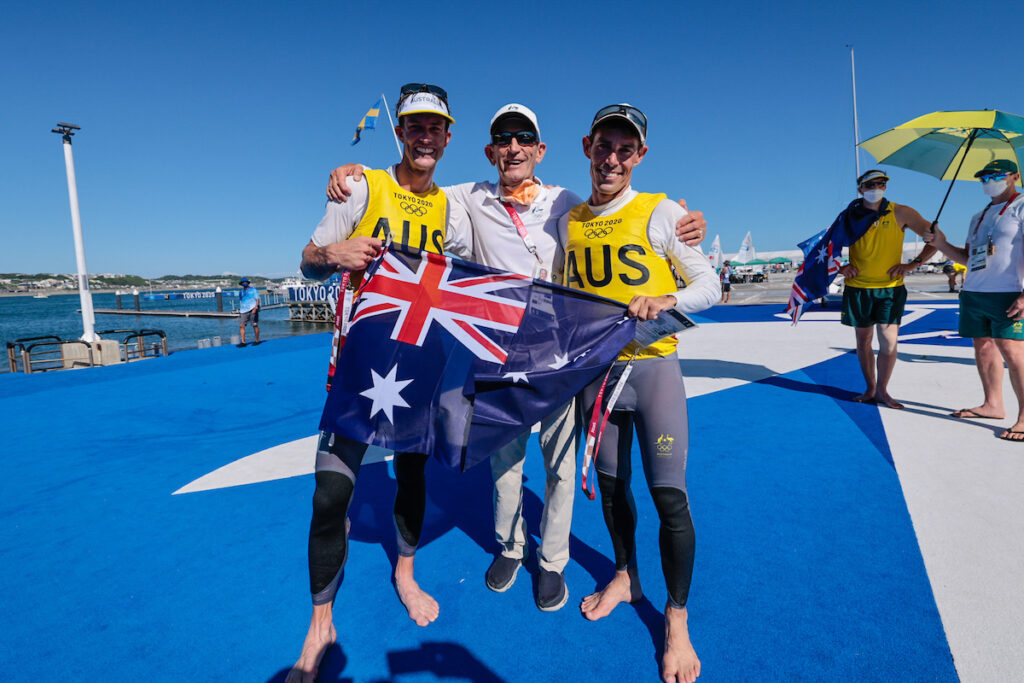 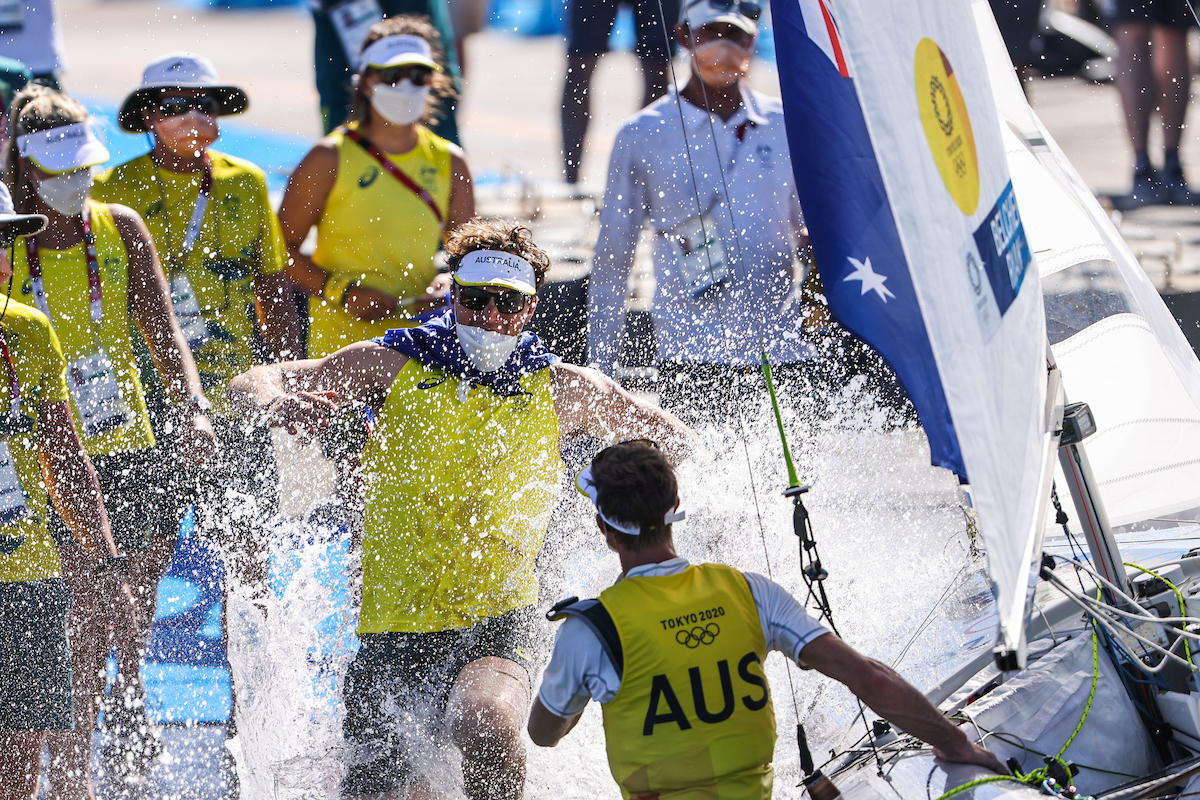 Enoshima Yacht Harbour on Japan’s Sagami Bay will forever hold a very special place in the history of Australian sailing, especially as it is the venue of a last gold medal to be dished out in the Men’s 470 class – to Australia.

Also, at the Tokyo 1964 Olympics it was the site of Australia’s first Olympic sailing gold medal, with Bill Northam and the crew of the Barranjoey winning the 5.5 Metre class.

Today, the team of Mat Belcher and Will Ryan claimed Gold in a canter. They finished 22-points clear of the Swedish team of Anton Dahlberg and Fredrik Bergstrom in second.

They only needed to complete today’s contest to take Gold, but the dynamic duo put the final stamp on an impressive campaign by taking the Medal Race win.

The Men’s 470 gold medal was Australia’s second in sailing at these Games, with Matt Wearn taking out the Laser class on Sunday.

“Relief,” was Belcher’s first emotion after crossing the finish line today. “We played it safe before the start and were a bit back, but halfway up the beat we realised we were in a position to do well in the race. Typical of our nation we flipped our gameplan and decided to try and win the race.”

The win takes Belcher to legend status, as he becomes Australia’s most decorated Olympic sailor with two Gold (he won the same event with Malcolm Page in 2012) and one Silver (with Ryan at Rio 2016).

Ryan has fulfilled a lifelong dream that began when he sailed Flying Ants at the Toronto Amateur Sailing Club in NSW. He now finds himself as Australia’s newest Olympic Champion. “I think we will just let this one sink in,” Ryan said. “I think we are pretty proud of what we put together over the last couple of years. We will take some time to relax and think about it all and tell each other how good we are.”

The win further cements the reputation of the team’s coach, Victor ‘The Medal Maker’ Kovalenko. His tally now stands at a mind-boggling seven gold, one silver and three bronze medals as a coach at Olympic Games.

Kovalenko was glowing in his praise of Belcher and Ryan after today’s Medal Race. “They are a truly unique combination,” Kovalenko said. “They are absolutely incredible sailors. They complement and understand each other. They don’t need to speak too much to understand what the other is thinking.

“We set a big goal for the three of us after Rio. We weren’t sure whether to campaign again, but we decided to do one more together, with that single goal being to win in Tokyo. And we did it. We reached our goal, our single goal. I am very proud of them and I am very proud to be their coach.”

Australian Olympic Sailing Team Leader Iain Murray has overseen the entire campaign, and despite it being the most logistically complex, it is the second-best result by an Australian team at an Olympics.

“It has been my great pleasure to lead this team of not only expert sailors and coaches, but the support staff,” Murray said. “The work put into our team’s preparation and planning by the whole team has not only set new standards in how we operate, but it has also set new standards for all Olympic sailing teams.”