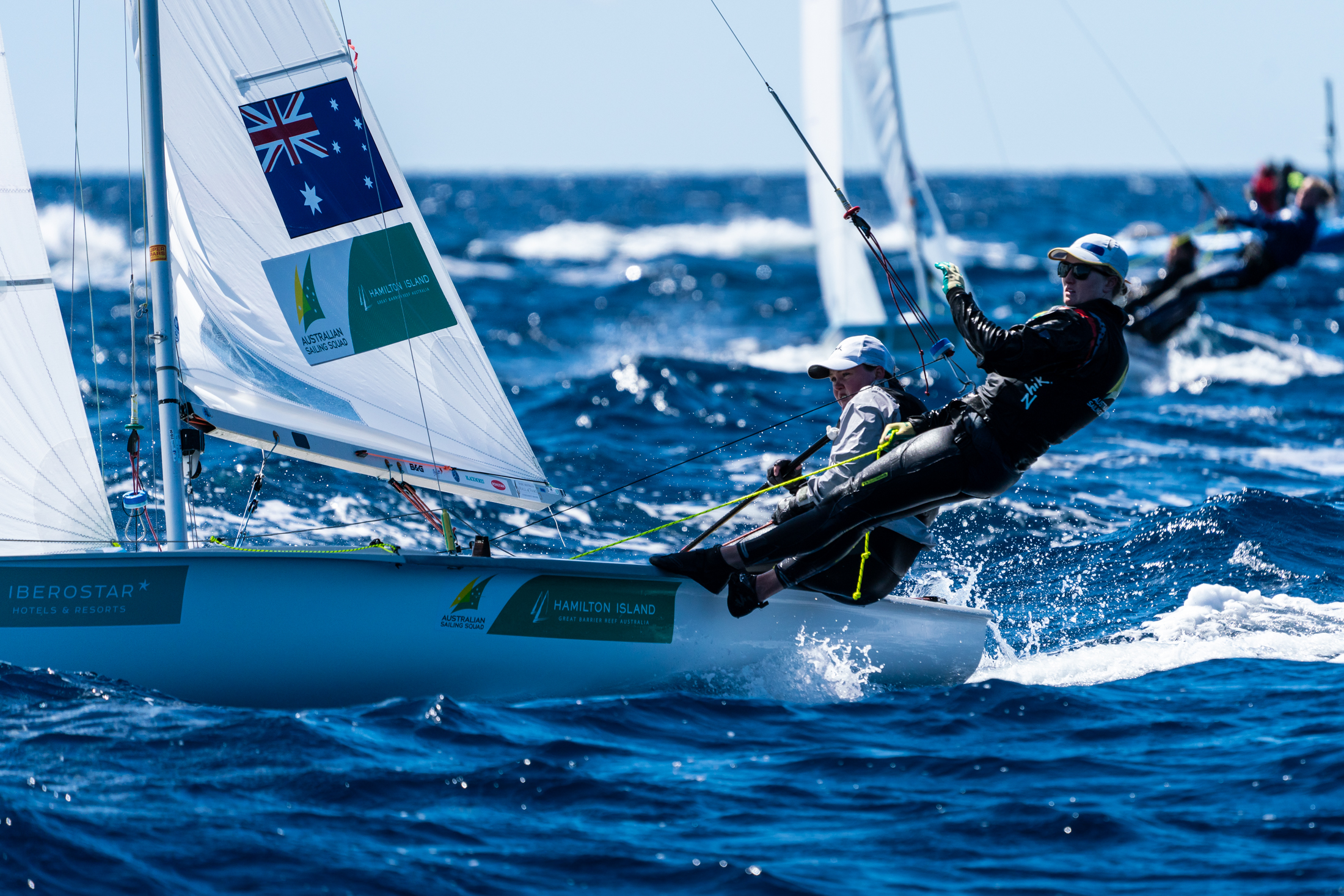 The Australian Sailing Team (AST) and coaches are in Italy, ahead of the second European Olympic classes regatta for the season, the Hempel World Cup Series – Round 3, Genoa being held from 16 to 21 April.

Last week the AST competed at the Princess Sofia Trophy in Palma, Spain, the first European event for the season. Coming away with range of results, the best performed were Rio Olympic silver medallists Jason Waterhouse and Lisa Darmanin, who took Gold in the Nacra 17 multihull.

Next best were fifth placed Mat Belcher and Will Ryan in the 470 Men’s class. The two are the Rio Olympic silver medallists, while Belcher previously won Gold in the class at the Beijing 2008 Olympics. The pair will be looking to up the ante in Genoa.

At the end of Palma, Australian Sailing’s Performance Director Iain Murray said, “We hope we can take away the hard lessons we learnt this week and put them into better practice in the next weeks and regroup.”

Murray, who represented Australia at the 2008 Olympic Games in the Star class, will be on the water each day in Genoa to assess the team’s performance: “Genoa will be a testing event, just as Palma was,” he said.

The team in Genoa will face most of the same competition they did in Palma, and with that regatta under their belts, better results are the aim.

Genoa is the penultimate stop of the 2019 Series with the event the last opportunity for sailors to book a spot at the Hempel World Cup Series Final in Marseille, France at the start of June.

The Australian squad of 25, representing across six classes, has enjoyed a short break since Palma and returns to the water for pre-event training today. Courses will use the entire area of Fiera di Genova, the same venue that hosts the International Boat Show every year.

This campaign and others this year are crucial for selection for the 2020 Olympic Games.

The Australian team in Genoa comprises: