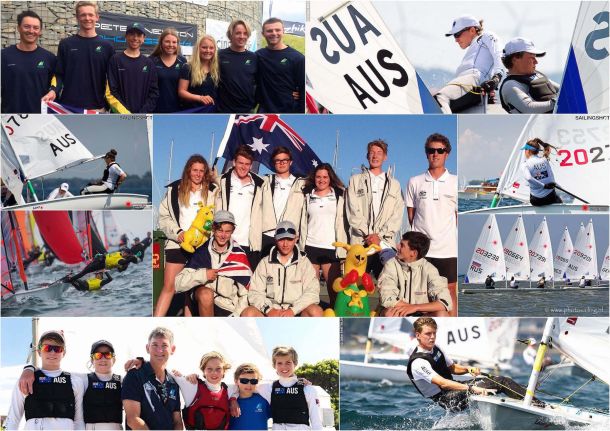 Whilst Australia's current Olympic hopefuls from the Australian Sailing Team and Squad were competing at the Olympic Test Event in Rio de Janeiro, Australia’s up and coming sailing talent posted outstanding performances around the World at Youth and Junior Class World Championships, which are considered “feeder classes” into Olympic level sailing.

“We were thrilled to see so many podium finishes and excellent results across the major Youth Class World Championships. We have some great potential in athletes and coaches around the country and we are looking forward to continue our pathway work with State Institutes, Clubs and State Organisations. Well done all,” Mark Robinson, Australian Sailing’s Performance Pathway Manager congratulated the athletes.

“It was especially pleasing to see Connor (Radial), Kyle & Tom (29er), who narrowly missed selection to the Australian Sailing Youth Team in July, taking that setback in their stride and bouncing back to become World Champions six weeks later. This highlights a key Australian Sailing Team value being that you never give up,” Mark Robinson added.

Congratulations to the successful youth sailors and their coaches – amongst others these included: