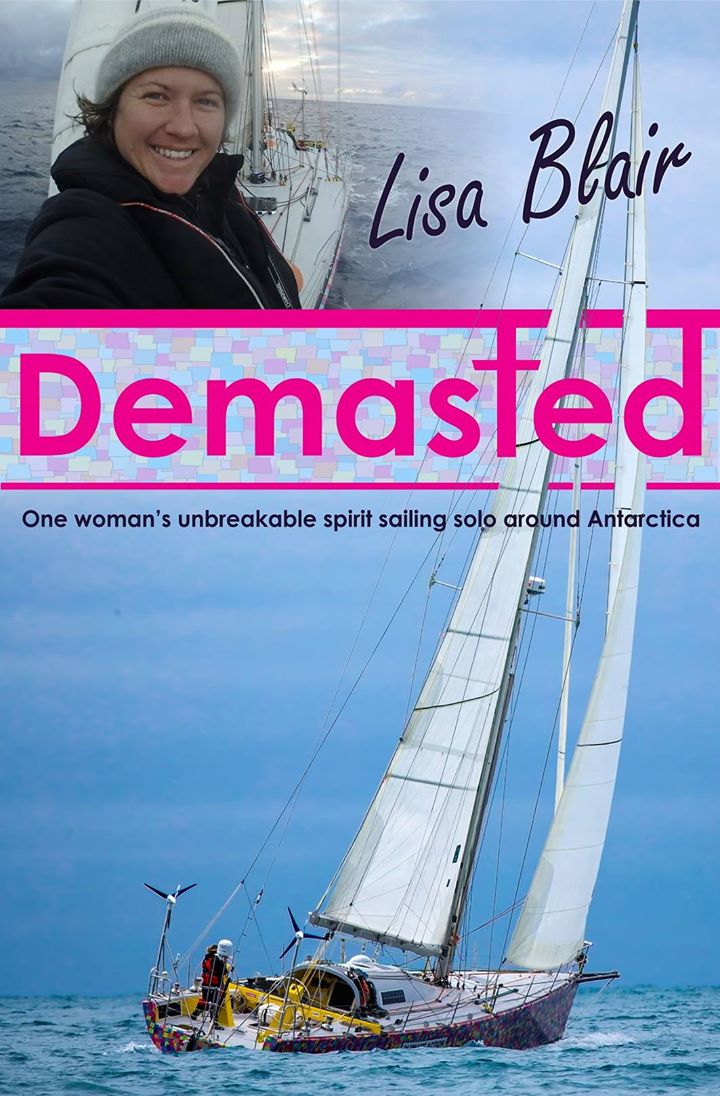 Lisa Blair recently became the first woman (and only the second person) to circumnavigate Antarctica solo under sail. She was dismasted south of Cape Town, motored into port, replaced the mast, returned to the point of dismasting and finished the journey.

Lisa has a long involvement with this website, providing blogs for us during her world circumnavigation in the Clipper Race and then borrowing editor Roger McMillan's Van de Stadt for the Solo Tasman Race. She is curently working her way up Australia's east coast, giving talks at yacht clubs to raise money for her next venture.

Last night was great for another reason as well. I officially announced that I am being published by Australian Geographic and already we have sold over 50 books in pre-orders. This is just so exciting and I can't wait for everyone to read my story.

Demasted is the inspiring true story of Lisa Blair who sailed into the history books on 25 July 2017 becoming the first woman to sail solo around Antarctica. Seventy-two days into her circumnavigation Lisa was thrust into a do or die situation when her mast came crashing down in a storm more than 1000nm from land and over three days from help. Lisa battled through the night in freezing conditions with 8 metre breaking waves and gale force winds. She was continuously thrust into life threatening scenarios as she fought to save her life and her boat. After her ordeal, Lisa shows us her unbreakable spirit as she overcomes insurmountable odds to finish her world record. With her unwavering focus and determination, Lisa was able to sail home, completing her journey after 183 days. In this book, she shares how the dream began and her preparations for the epic voyage. She then takes us on the journey with her, sharing her highs and lows with compelling honesty as she sails solo in the world’s most dangerous ocean.

If you would like to Pre-order I will be signing all pre-ordered copies. We intend to have the book out for release early next year and will email you an update on delivery in December.