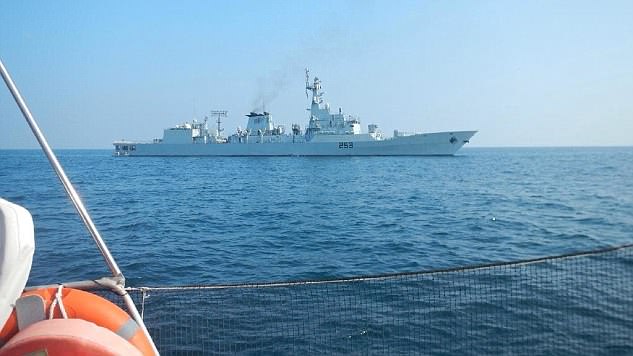 '...fate intervened and we believe it was only by minutes that the appearance of two warships on the horizon thwarted the attack

The Daily Mail. By Adam Mccleery For Daily Mail Australia

An Australian family sailing around the globe were stalked for four hours by pirates before Japanese and Pakistani warships sailed in to save the day.

Lachin Turner, wife Louise­ and their two young children Siara, 11, and Kai, 4, were sailing off the coast of Yemen during their dream sailing trip when they spotted a pirate skiff moving toward their position.

Ms Turner said that the family were 'sitting ducks' as the pirate skiff moved in closer and started to scout their potential prey The Daily Telegraph reported.

It wasn't long before more pirate skiffs arrived and started to pass close by the families yacht, crossing the bow and seemingly corralling them away from any nearby vessels.

Ms Turner and her husband were scrambling to figure out a way away from the pirates and knew their only option at that point was to radio for help, their radio message was short but captured the terror of the situation, 'imminent pirate attack'.

Read the full story here, including the response from the Japanese and Pakistani navies.