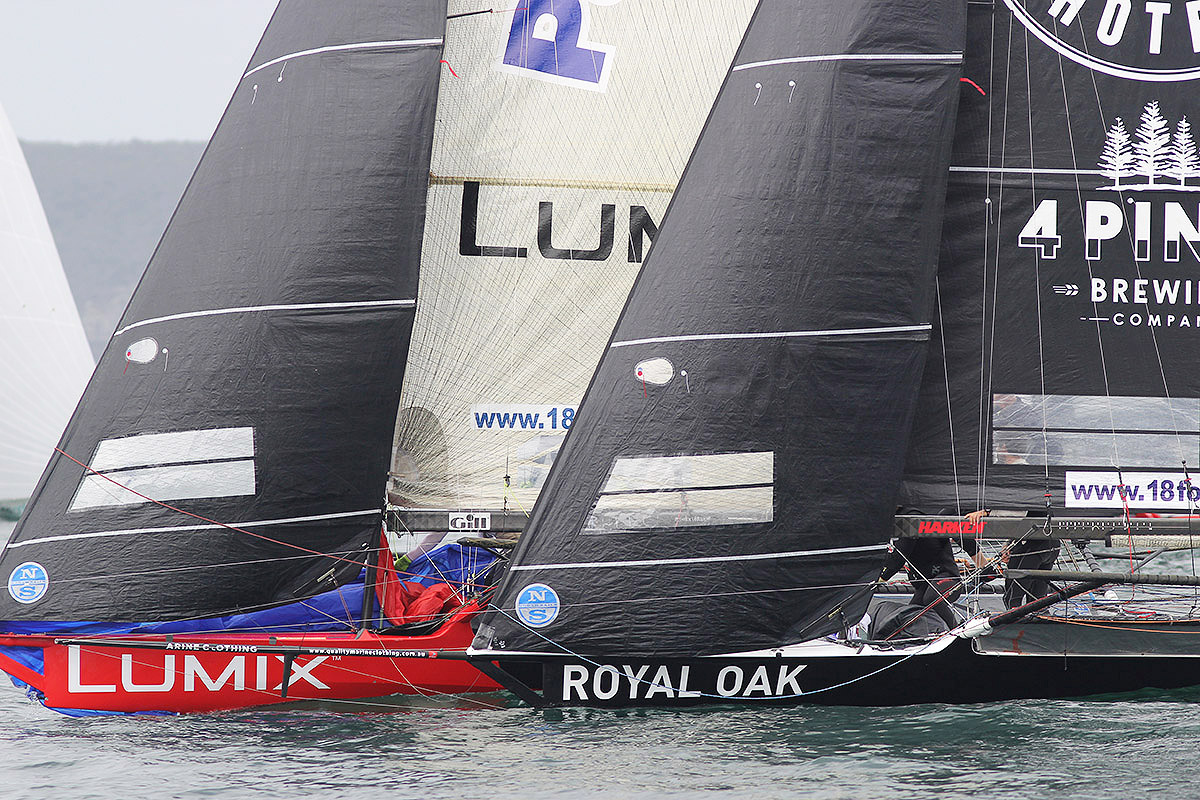 A lack of wind forced a 45 minutes delay to the programmed start time and very little wind (5-7 knots) was all the teams had to work with over the windward-return course.

With two races scheduled to be sailed on the opening day, the race officials shortened the course of the first race from three laps to two laps in an attempt to get a second race sailed.

When a large cruise liner sailed out of the Harbour as the officials prepared for the second race, the wind disturbance the liner created then forced them to abandon the attempt.

The lead changed several times in the flukey wind conditions as the fleet headed for the windward mark after the start, but Vintec, The Kitchen Maker-Caesarstone, Winning Group and Asko Appliances were always in the leading group.

Vintec won the battle for the lead and held a narrow lead over The Kitchen Maker-Caesarstone as spinnakers were set for the run back to the bottom mark.

Most of the fleet sailed the left hand side of the course, past Nielesen Park to Steele Point, but Asko Appliances and John Winning's Yandoo elected to sail on the northern shore.

At the twin buoys bottom mark, the Asko Appliances team elected to go to the buoy on the left while Vintec and The Kitchen Maker chose the other buoy.

Asko's move won the day and the NSW champions soon opened up a break over the fleet.

The experienced Winning Group team was now making a move on the lead and grabbed the lead from Asko Appliances as the pair approached the windward mark.

As the light breeze had also split the fleet and the time the race was now taking had blown out well above the time to stage two races, the decision was made to shorten the course.

The approaching liner made the decision a no-brainer.

Winning Group was superb in the fading breeze on the run home and the winning margin increased dramatically.

Today’s result sheet and images from the racing are attached

The Australian 18ft Skiff Championship will be sailed over nine races each Sunday and will conclude on Sunday, February 17.