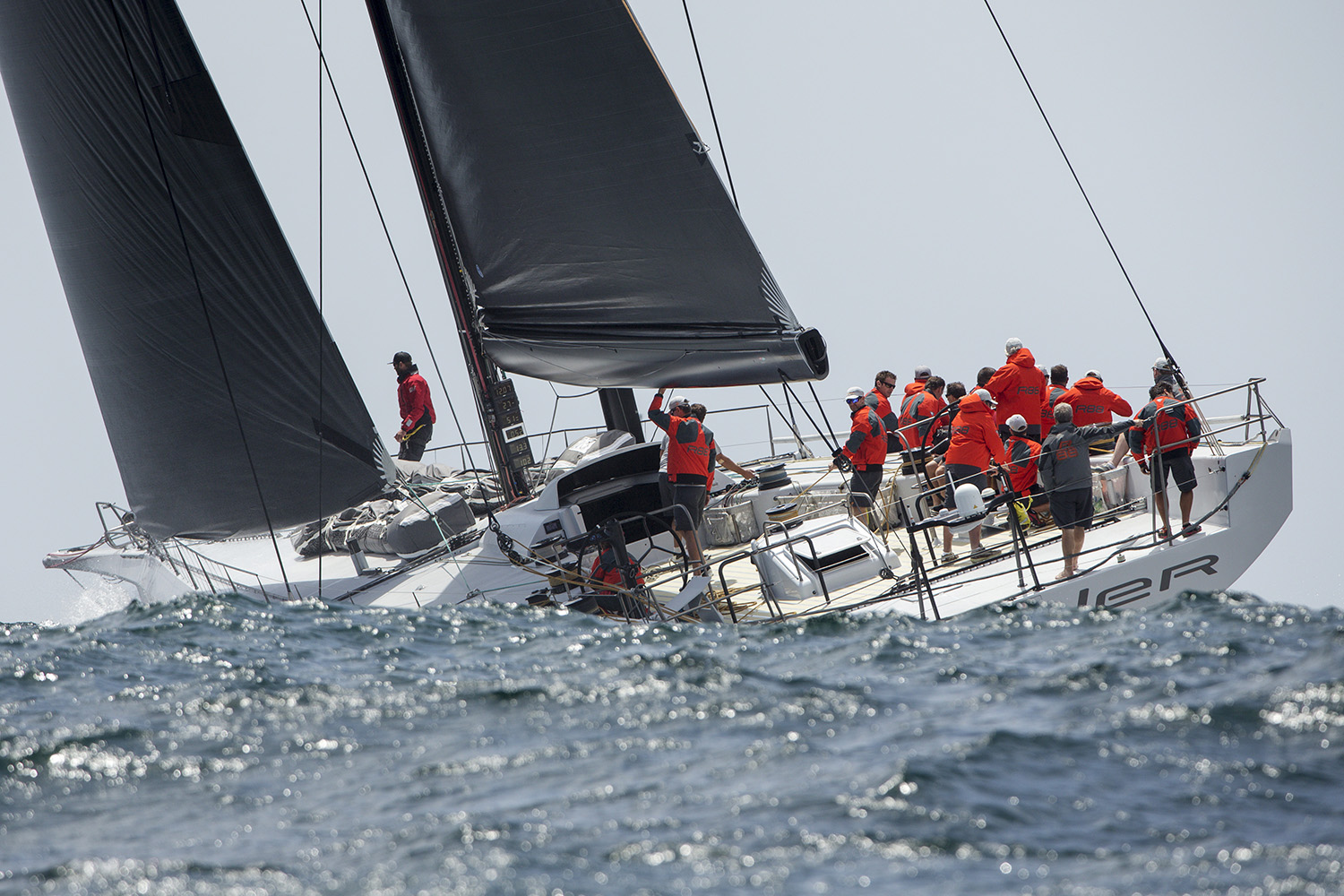 Last year the Australians had their first taste of watching Wild Oats XI, Perpetual Loyal and new American yacht Comanche go head-to-head in the SOLAS Big Challenge – and the 22nd edition tomorrow will be just as suspenseful when George David’s much touted Rambler from the USA takes on her larger Australian adversaries for the first time.

Starting on Sydney Harbour at 12.30pm, the Cruising Yacht Club of Australia’s annual stoush is a test of stamina, crew work and a psychological game ahead of the main event, the Rolex Sydney Hobart Yacht Race, in which all the participants are entered.

George David’s year-old yacht is 88 feet of carbon, featuring a canting keel and will be the most advanced yacht to be on the start line for her first Australian race tomorrow. And she is quick. Out for a practice run off Sydney yesterday, her speed was evident.

Rambler has a crew of superstars, headed by household name, Brad Butterworth of America’s Cup, Whitbread and Admiral’s Cup fame. Aboard and appealing to Australian audiences are Andrew Cape and Will McCarthy along with a host of other big names. .

Bob Oatley’s Wild Oats XI will be seen for the first time since major surgery to her bow and stern, literally coming to the start line a new boat, complete with new sails. Her skipper, Mark Richards, said it will be sailing as usual, only the hull configuration has changed. He and the crew are looking forward to the race tomorrow, when all will unfold in front of the world.

In another first, Syd Fischer will bring his super maxi Ragamuffin 100 to the race. At 88, Fischer is the oldest yachtsman entered in this race and the Rolex Sydney Hobart – his 47th race to the Apple Isle. Crew includes sailing master, David Witt.

Bell has been putting his team through their paces over the last weeks, and with Olympic gold medallist world champion America’s Cup winner Tom Slingsby in the afterguard, along with navigator Adrienne Cahalan, Bell is looking forward to flawless crew work tomorrow.

Brindabella, the inaugural Big Boat Challenge winner in 1994 under George Snow, continues to race now owner, Jim Cooney, who would not miss the race for anything.

“We remain extremely proud of Brindabella and her record,” Cooney said this morning. “This and the Rolex Sydney Hobart are nostalgic races for her.

“The SOLAS Big Boat is great preparation for us for crew work, hoisting and dropping spinnakers, gybing and racing at close quarters with the other big boats. These things enhance our skills,” he said “It’s an exciting day for all, whether you are racing or watching.”

“We’ve donated over $1.1M shared between search and rescue organisations in every state and territory of Australia,” Allen said.

“The focus for the last couple of years has been to help volunteer marine rescue in Victoria to set up better network communications further out to sea and in Bass Strait. It’s a great step forward for everyone and we remain grateful for all donations,” he said.

The SOLAS Big Boat Challenge takes the yachts on a 14 nautical mile course starting off Steele Point at Nielsen Park Vaucluse, downthe Harbour to Manly for two and a half lap course takes yachts past many of Sydney’s famous landmarks along the way, including Fort Denison, Mrs Macquarie’s Chair and the Sydney Opera House, which provides the picturesque finish line.

Some lucky people from the general public bid for places aboard a select number of competing maxis via an eBay auction, and will experience their first taste of big boat racing. All proceeds from the auction go to the CYCA Safety of Life at Sea Trusts (SOLAS). This is the eighth year the race will be sailed to raise money and awareness for this charity.