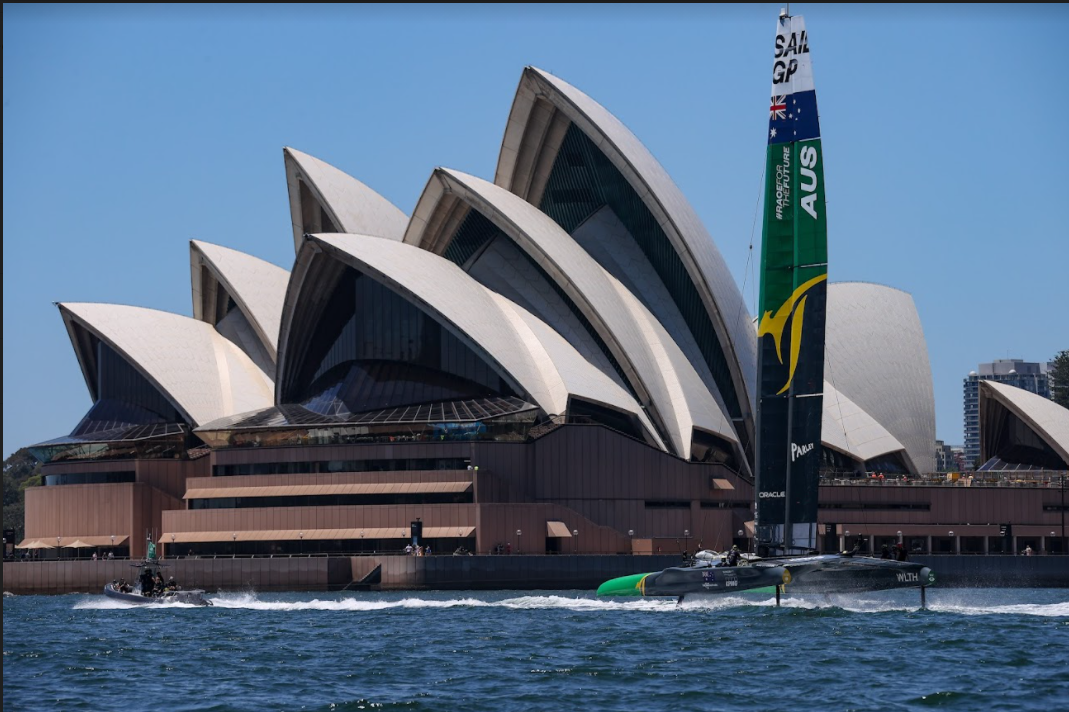 Tom Slingsby and the Australia SailGP Team, defending Season 1 champions, took to the water in Sydney’s iconic harbour today in their F50 ahead of the Australia Sail Grand Prix presented by KPMG where they will take on seven other national teams in the penultimate event of SailGP Season 2.

Fresh off a big win in Cádiz in October and following six events so far this season, the Australia team currently top the leaderboard in the purpose-led, global racing league. Sitting on 45 points, the team is one point clear of Nathan Outteridge’s Japan SailGP Team and the United States driven by Jimmy Spithill, both on 44 points. The world’s most successful Olympic sailor of all-time, Brit Sir Ben Ainslie is placed fourth. Slingsby’s team is looking to claim victory on home soil and retain the lead heading into the championship’s final event in San Francisco, March 26-27.

The Australia team features Tokyo Olympic silver medalist Jason Waterhouse, Olympic silver medalist and two-time Australian female sailor of the year Nina Curtis and America’s Cup winner and ocean racer, wing trimmer Kyle Langford amongst its crew. Curtis is part of the Women’s Pathway Program (WPP), which saw all eight teams’ female athletes debut in racing at Cádiz. The WPP athletes will continue to race again here in Sydney as part of the league’s better sport strategy, to drive inclusion and inspire change across the sport.

Slingsby said: “We’ve raced in some amazing locations this season, from Bermuda to Saint-Tropez, but nothing holds a candle to the enjoyment and comfort we get from sailing in one of the world’s most beautiful harbours, here in Sydney.

“It was great to get out on the F50 today, we know that it’s very limited preparation in terms of time spent on board, so we were keen to make the most of it. The beauty of SailGP is that it’s the same across all the teams, so we’re all coming into this with limited time aboard our identical F50s over the last couple of months, and that’s where experience and the ability to adapt to different situations and excel as a team is going to come to the fore.

“We’re feeling good, and while we respect the other teams and know we’ve got a big challenge ahead of us, we’re determined to maintain that winning feeling.”

All seven other boats joined the Aussies on Sydney Harbour just 48 hours before racing commences, with the technical teams working overtime to get the British and Spanish boats on the water after they suffered significant damage last time out in Cádiz.

One of the first major global events to return to New South Wales, and Australia, since the outbreak of the pandemic, SailGP sees eight national teams made up of the sport’s very best athletes – representing Australia, Denmark, France, Great Britain, Japan, Spain, New

Zealand and United States – square off on identical F50 catamarans which can reach speeds of nearly 100 kilometres per hour. The season will culminate with the Grand Final in San Francisco, March 26-27, 2022, when the champion will be determined in a single $1 million winner-takes-all final.

The weekend is not to be missed and tickets for fan experiences are on sale and selling fast. To find out more and secure your tickets, visit SailGP.com/Sydney.

Be front row on Shark Island, in the middle of the Sydney Harbour race course. The exclusive SailGP island arena, located in Sydney Harbour National Park, offers the best land-based view of the racing, together with big screens for action replays and live race commentary. Enjoy delicious food and drink, plus return ferries for the ultimate day out.

Only SailGP spectator boats will get you into the heart of the action on Sydney Harbour. Open top boats offer an amazing view of the racing from inside the public exclusion zone, together with live race commentary to give the ultimate experience of the most competitive racing on-water. Family friendly for children of all ages accompanied by an adult.

Bring your own boat

Boat owners are also invited to take their vessels out to watch the racing and can register via SailGP’s Bring Your Own Boat Program. By registering, fans will receive all of the racecourse information and a VHF channel to listen to for all the latest updates.

Away from the racing, the sparkling waterfront precinct of Barangaroo will host the SailGP Village. Open to the public, it will offer exciting programming for fans in the heart of the city.

For those unable to attend in person, the action can be watched in over 175 territories, including live on Fox Sports in Australia. Full details can be found at SailGP.com/Watch.