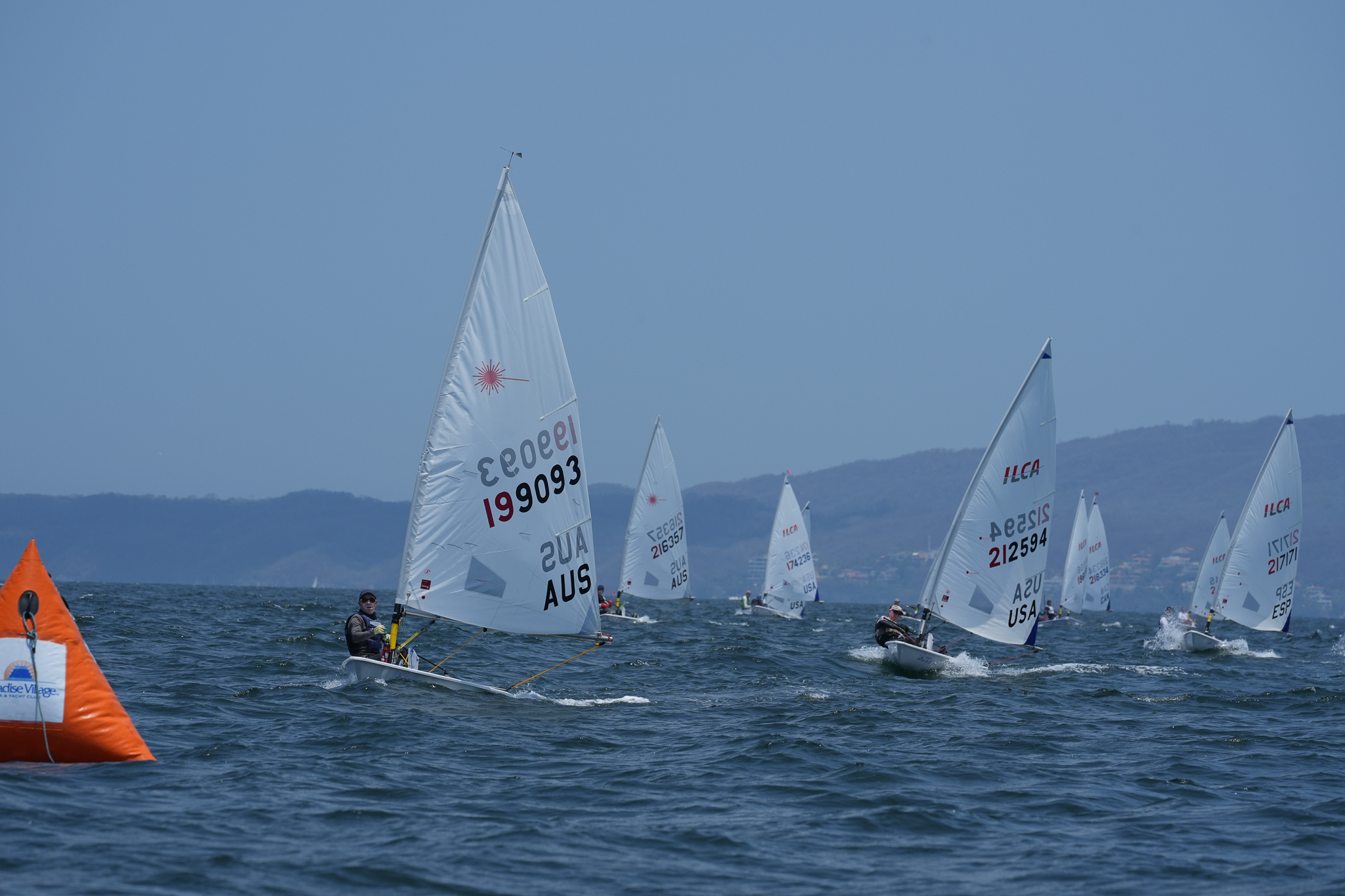 Sailors experienced 8–10 knots of wind in the first race and a big left shift caught a few sailors by surprise. Sunny skies made for warm weather and a perfect 12–15 knot thermal breeze developed for the second race of the day.

A stronger breeze allowed for perfect surfing conditions on the downwind legs. Interestingly, each division leader won both races today in their fleets, making a statement to their fellow competitors about the rest of the week’s racing.

In the Apprentice division, local sailor and four-time Olympian, Tania Calles, had a large lead in race one, but mistakenly sailed to the wrong mark on the final reach, allowing Jon Emmett of Great Britain to sneak past for the win. Emmett leads the way after the first day, ahead of Calles in second and Greek Antonios Kondis in third.

In the Grand Masters division, the largest division, David Luketina of Australia is atop the leaderboard, with American Toshinari Takayanagi in second and Canadian Allan Clark one point behind in third.

In the Great Grand Masters division, Australians Jeff Loosemore and Patrick Levy sit in first and third respectively, with Spain’s Miguel Noguer Castellvã between them in second.

In the Legends division, Americans hold the top three positions – Bill Symes leads the way with his two first-place finishes. Jacques Kerrest is tied with Chris Boome for second and third as both finished with a second and third place in today’s races.

Two races are scheduled for tomorrow.