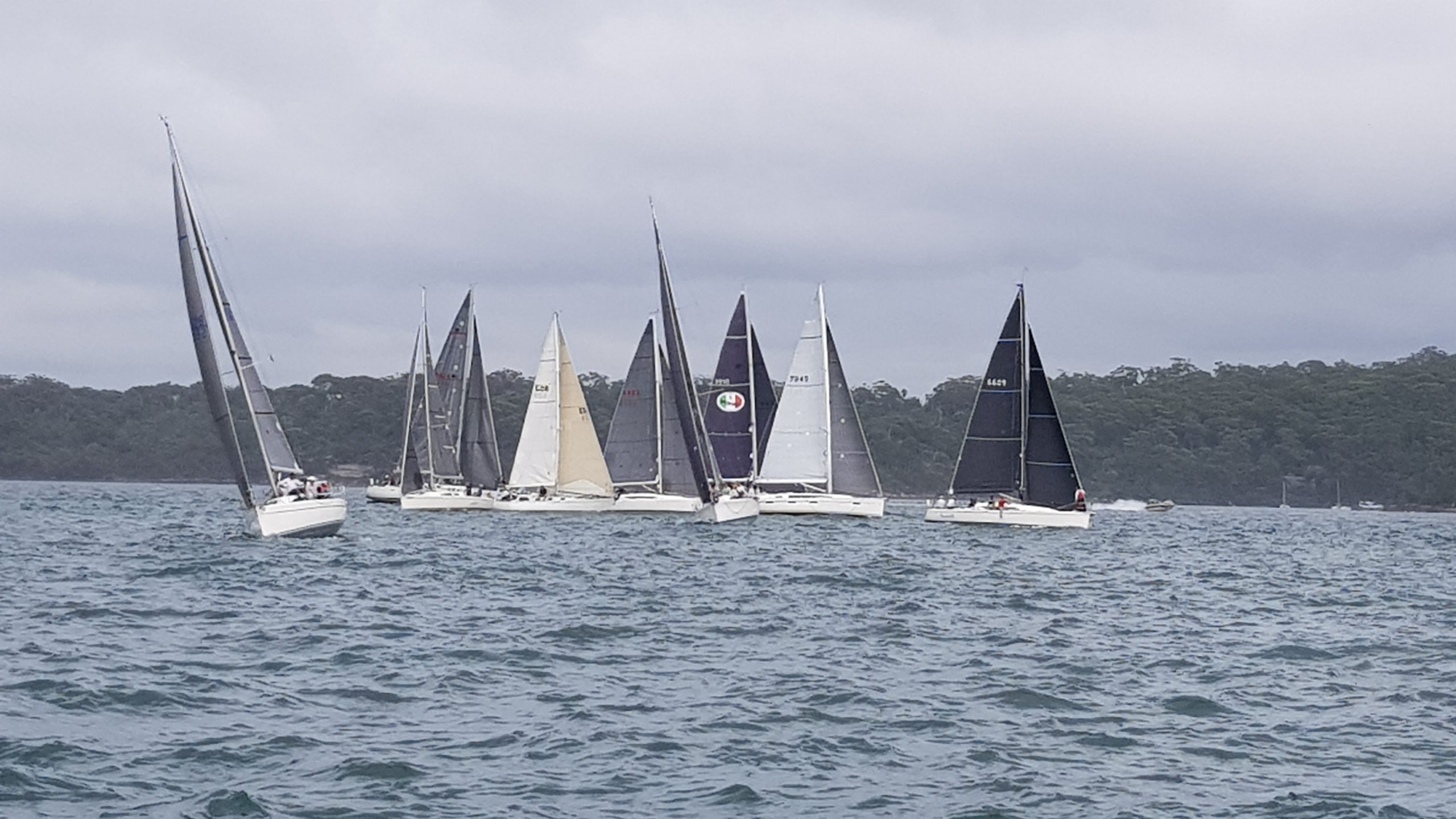 Australia Day on Sydney Harbour just keeps getting bigger every year – both on the water and in the sky – there is something to keep everyone entertained.

From a low flying Qantas 380 flyover, to fighter jets, boats decked out in Australia Day flags and other flags, to the ferry race, a canoe race, paddle boarders and more, there was also the CYCAs Botany Bay Race, contested by an eclectic fleet, making it hard to gamble on who might win.

Prior to the start, Espresso Forte lost a man overboard near Nielsen Park. Many thought the boat was aground, but no, they were just picking up the crew, so were late to the start and ultimately retired.

We viewed all from Col and Denise Wilson’s well-named Never a Dull Moment. With Moet and Champagne Mumm on tap and great company to boot, you couldn’t go wrong.