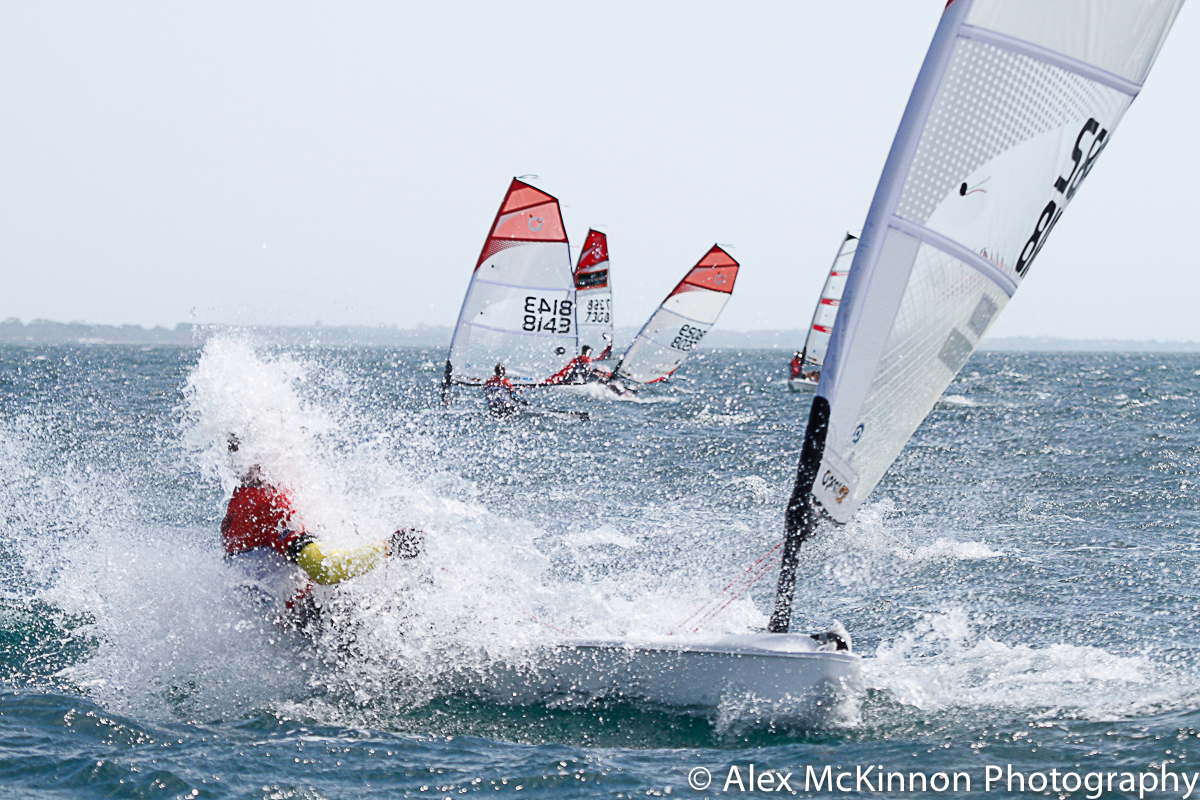 The 2015 World O’pen Cup, held at Safety Beach Sailing Club in Melbourne from 27th December – 3rd January, saw some of the best sailors in the world confronted with testing wind and sea conditions. With 130 sailors competing (including 40 internationals from 8 countries) the regatta was all action in true O’pen BIC fashion, which will live long in the memories of the young competitors! Congratulations to all of the sailors who participated.

The sun shone all week, and with the wind blowing from all direction and all forces, Safety Beach was really serving up some classy conditions for the competitors, allowing the sailors some excellent and varied conditions which required equally varied and tactical awareness. The very efficient organization out on the water enabled 8 or 9 races to be run in all the race categories in one of the most picturesque spots in Australia.

The first couple of days saw racing in medium to light winds. The Adventure race took place directly in front of the club with Le-Mans starts, fancy dress and laughter that travelled around the bay! What a way to finish 2015 and to start 2016! The International teams racing was also held which saw 8 Nations represent their country as some of the most tactical racing you have ever seen took place, with the host nation Australia coming out on top.

During the second part of the event the wind blew a consistent and solid 20 knots which really mixed up the overall standings. Australia's Kristen Wadley showed her class as she didn't finish outside the top 2 in any results for the U16 division; the Frohman brothers were neck and neck in the U13 division right up until the last race, and the U19 division had an all-out showdown between Hawaii and the Czech Republic for first place.

The last day of racing was cancelled due to the wind being too strong. However, overall Australia’s Kristen Wadley taking out the U16 division, and Germany’s Lennart Frohman winning the U13 division.

This World O'pen Cup was a truly outstanding success, as could be seen in the eyes of these young competitors coming in from all over the world. With some of the best sailing on display and plenty of on land entertainment, including a local indigenous performance, the sailors and spectators all have something to take away with them from this unforgettable experience.

The next World O’pen Cup is 6 months from now, being hosted in France where the O'pen BIC was born 10 years ago!