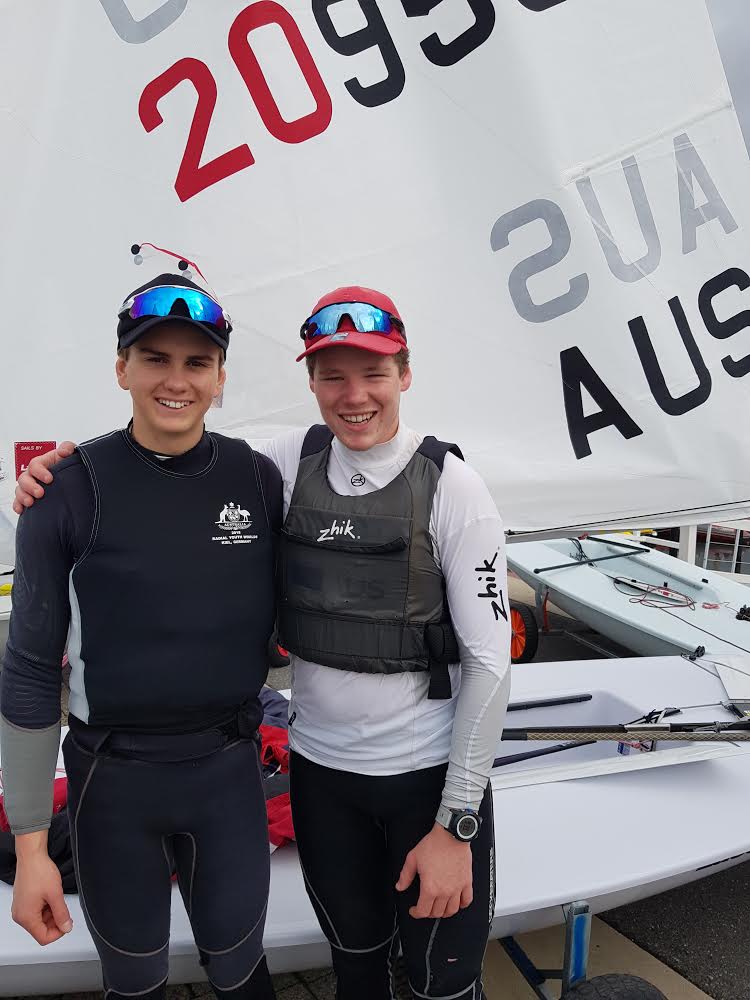 Tasmanians Nick Smart (left) and Max Gluskie who were among the five AUS boys at the Kiel regatta. Photo Michael Smart.

A team of five boys and two girls represented Australia in the massive line of teenage sailors who contested the 2018 Laser Radial World Youth Championships at Kiel, Germany last week – 269 boys and 96 girls.

The young Australians did exceptionally well, with Page Caldicoat finishing 17th overall in the girls division, including winning the second qualifying division.

The girls were split into two fleets with Madeline O’Shea 33rd overall, both Australian girls finishing in the top third of the fleet after six qualifying races and five medal races.

All five Australian boys finished (almost) in the top quarter of final standings with Zac West qualifying for the Gold fleet and finishing 57th overall.

The huge event attracted 269 boys (sailing in four qualifying fleets) and 96 girls (two fleets) from around the world, with both boys finishing in the top quarter overall.

All the boys had results in the extremely competitive fleets, a few inconsistent results cost them a place in the Gold fleet for the final six races, with Zac West the only qualifier.

The others all qualified for the Silver fleet with Max Gluskie finishing fourth in the first finals race.

The experienced gained in big fleet racing will be excellent practice for the Australian and Oceana Championships to be hosted in early January by the Mersey Yacht Club at Devonport, with racing out in Bass Strait.