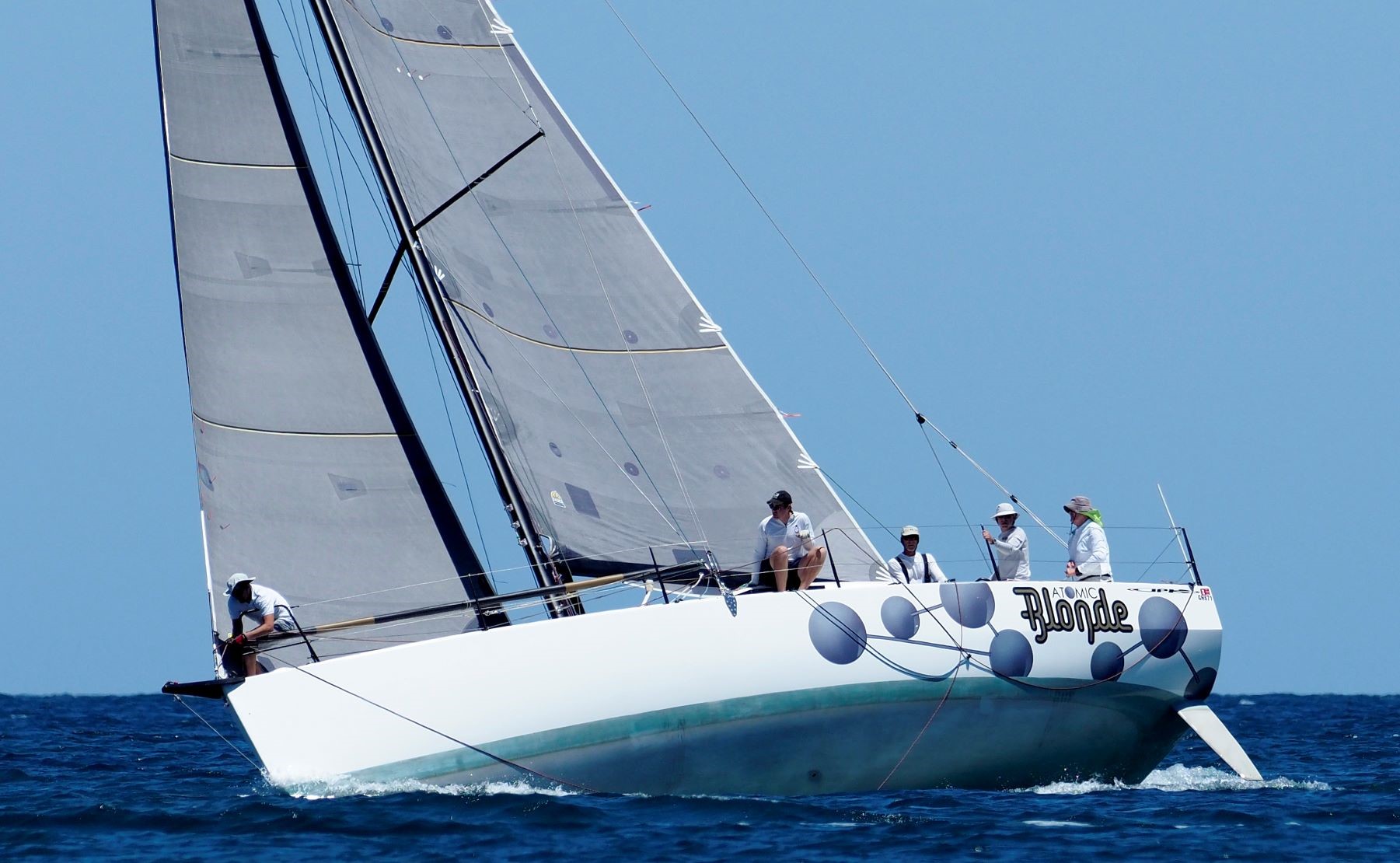 Simon Torvaldsen is having a real blast in his JPK 10.80, ‘Atomic Blonde’, winning the prestigious Siska Trophy as the best performing yacht on IRC Overall during Western Australia’s 20/21 season.

The Siska Trophy is based on the overall handicap performance in designated day and long Off – Shore racing during the season and is contested by WA’s leading yachts.

The Exmouth race follows an almost straight-line course north along the coast with the full force of the Indian Ocean to contend with. Starting in light breeze in May, with the first waypoint plotted to Geraldton then on past the Abrolhos Islands around Dirk Hartog Island, then onto Coral Bay and Point Cloates at the top of the Exmouth peninsular.

This course is a real challenge for Navigators especially as the race closes in on Exmouth and the winds tend to come from all points of the compass.

After all the excitement of the achievements, Torvaldsen said, “This is a race where minutes count and we were really sailing our JPK to its optimum. With the breeze constant around 30 knots for most of the race, the JPK really gets surfing, and we were flying along in mid to high teens with our A4 up.

“We were sailing with the 40 footers for a good part of the race. Eventually the excitement took over from reality and we lost our kite overboard and needed to make a recovery before going to our J2.

“You have to love a boat that is only 36 feet, but will do 10, 12 and sometimes up to 14 knots to windward. We got a bit of water down below but nothing much, the JPK is quite a dry boat below.”

The Exmouth race is similar to The Hobart where Exmouth Peninsular acts out its force of nature like Tasman Island and Storm Bay with either heavy or no breeze and tides. Yes, the race begins again and the decisions for the Navigator of either going out into the bay or going into the shore being the gamble.

Torvaldsen commented: “As we began to see the loom of Exmouth with 20 plus knots, Code 0 and balanced on her chines, AB was flying along. Navigator, Steve Humphries, decided the crew needed pancakes! As we overhauled the bigger boats, Steve balanced below and cooked pancakes with maple syrup and Nutella for all.

“We then had to hold off the J122 Lithium in a tacking duel – not easy as they are a much larger, higher rated boat excelling in lighter conditions.

“We had done it! We knew our biggest rival for the Siska trophy the King 40 Checkmate had finished only about 3 hours in front of us. We were hours ahead on IRC. This was easily enough to secure the coveted Siska trophy for Western Australia’s top offshore race yacht. It demonstrated the all-round capability and consistency of the JPK 10.80, and her crew.

“We got a podium finish in this race, but our real aim was to nail that Siska Trophy, which we had emphatically done. It was a tired but very happy crew that tied up the boat in Exmouth.”