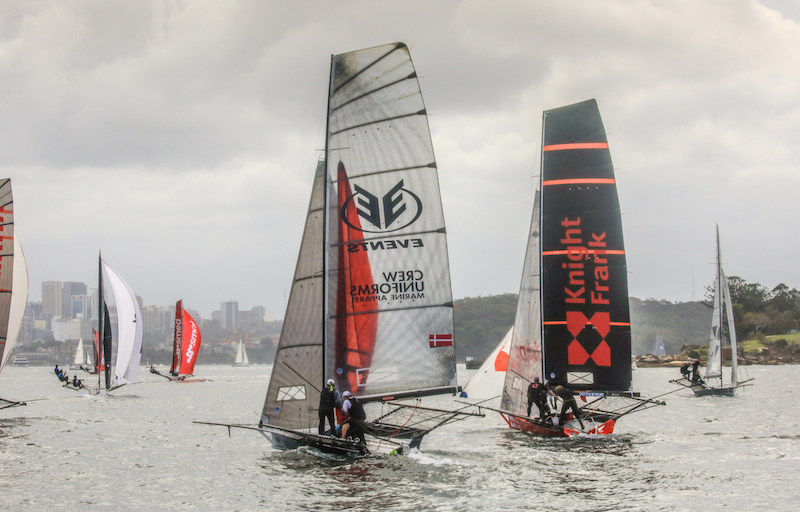 Unfortunately for the crews, there was little, or no, wind for the duration of the race and the course had to be shortened to just three legs as the fleet was almost becalmed.

The race started in almost no wind and quickly split the fleet when half the fleet picked up whatever breeze there was on the work into Rose Bay.

The spinnaker run from Rose Bay to Robertson Point was little better as all teams struggled to find enough wind to push the skiffs through the water.

When conditions hadn’t improved on the windward leg back to Clark Island (off Double Bay) the officials wisely shortened the course and declared Asko Appliances the winner.

Race 1 of the JJ Giltinan Championship will be sailed tomorrow, Saturday, 25 February, at 3pm.

A spectator ferry will follow each of the seven races in the championship, leaving Double Bay Public Wharf alongside the clubhouse, at 2.30pm on each race day.

All races will be streamed live from the Camera Cat and the drone, a world's first, to enable everyone to follow the entire championship on the computer or other smart device from anywhere in the world. Head to 18 Footers to watch it live.