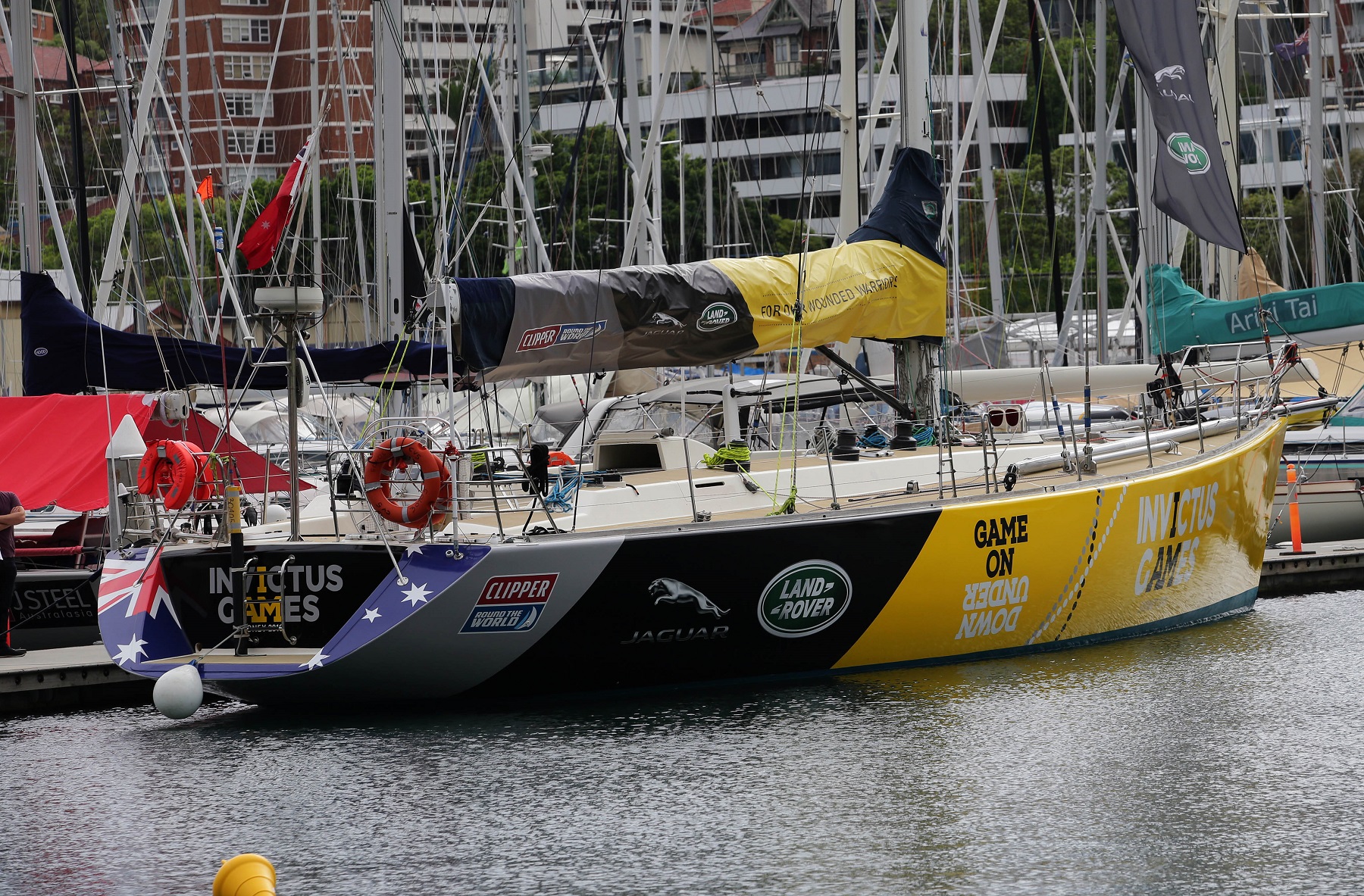 Invictus Games Sydney 2018 DOWN UNDER at the CYCA.

Two-time America's Cup champion and Invictus Games Sydney 2018 Ambassador James Spithill was on hand for today’s announcement at the Cruising Yacht Club of Australia in Sydney where the Australian yacht was unveiled.

“Committing to take part in this iconic race is testament to the unconquerable spirit of the Invictus Games community,” said Spithill. “For those selected, this race will form part of their rehabilitation, as they use the healing power of sport to move forward in their recovery. I’m sure the ‘down under’ spirit of mateship will shine throughout this race in a celebration of achievement and determination, which is what the Invictus Games are all about.”

The Invictus Games is an international multi-sport event for active duty and veteran servicemen and women. The Games use the power of sport to inspire recovery, support rehabilitation and generate a wider understanding and respect for wounded, injured and ill servicemen and women. They also recognise the significant contribution of family and friends in the recovery process.

The fourth Invictus Games will be held ‘down under’ where sailing will debut on the competition schedule. A veterans sailing program has been established by Soldier On and the Royal Prince Alfred Yacht Club to recruit an Australian crew for the Sydney Games and provide nationwide long term opportunities for veterans to get active and stay connected within their community.

Invictus Games Sydney 2018 Chief Operating Officer, Ben Rahilly is urging all Australians to get behind the Games. “Taking part in the Rolex Sydney Hobart Yacht Race is an exciting platform to showcase the healing power of sport as we build towards the Games in October 2018,” said Rahilly. “Sailing is a fantastic team sport creating amazing camaraderie both on and off the water creating the opportunity for veterans to be active and to connect.

“We hope all Australians will take this opportunity to cheer on our wounded warriors as they take on this iconic blue water classic.

“Taking part in this race would not be possible without the amazing support of Clipper Ventures, Help for Heroes, the Cruising Yacht Club of Australia, ClubsNSW and Jaguar Land Rover.” said Rahilly.

Jaguar Land Rover has a long history with the Invictus Games, being a part of the journey for every Games since the inaugural event in London in 2014 and have officially signed on to become the Presenting Partner of Invictus Games Sydney 2018.

Managing Director of Jaguar Land Rover Australia, Matthew Wiesner, said the company is incredibly proud to be supporting the participation in the race of the Invictus Games Sydney 2018 yachts.

The UK Crew, who have received funding support from UK not-for-profit Help for Heroes and private donors, is due to arrive in Sydney on 11 December.

“At Help for Heroes we want to empower our veterans to regain their purpose despite life changing injuries or illnesses so we were delighted to be able to support this initiative,” said Martin Colclough, Head of Sports Recovery at Help for Heroes.

“We are driven by the belief that those who put their lives on the line for us deserve a second chance at life and taking part in an event such as the Rolex Sydney Hobart Yacht Race will enable our veterans to find a new direction to focus on whilst inspiring the nation.”

Intensive training is being provided for all crew by Clipper Ventures, the organisers of the biennial Clipper Round the World Yacht Race, as they prepare for the race start on 26 December.

Clipper Ventures Founder and legendary sailor, Sir Robin Knox-Johnston, who almost 50 years ago was the first man to sail solo, non-stop around the world, will join the Invictus Games Sydney 2018 GAME ON crew as the on-board navigator.

Sir Robin met the UK crew at the Clipper race headquarters in Hampshire, UK, ahead of their first training session.

“Clipper Ventures is very pleased to be supporting Invictus Games Sydney 2018 as it prepares to introduce sailing to the event line-up,” said Sir Robin. “On a personal note, I have a huge respect for our veterans for dedicating their lives to the protection of others, so feel very proud to be joining the UK Crew in their challenge, and of course I’m also looking forward to helping them get an edge on our Australian competition!”

Support for the Australian Crew has also been provided by ClubsNSW, a Founding Partner of Invictus Games Sydney 2018 who are supporting the roll out of the Veterans Sailing Program through their 1,300 clubs.

“ClubsNSW are proud to be a Founding Partner of Invictus Games Sydney 2018 and we are so pleased to be supporting the Australian Crew as they prepare for the Rolex Sydney Hobart Yacht Race on board the Invictus Games Sydney 2018 DOWN UNDER yacht,” said ClubsNSW CEO Anthony Ball. “What a great way to introduce sailing to the event line-up in Sydney.”

The full crews will be announced in the coming days. Follow their journey on the Invictus Games Sydney 2018 website at: www.invictusgames2018.org