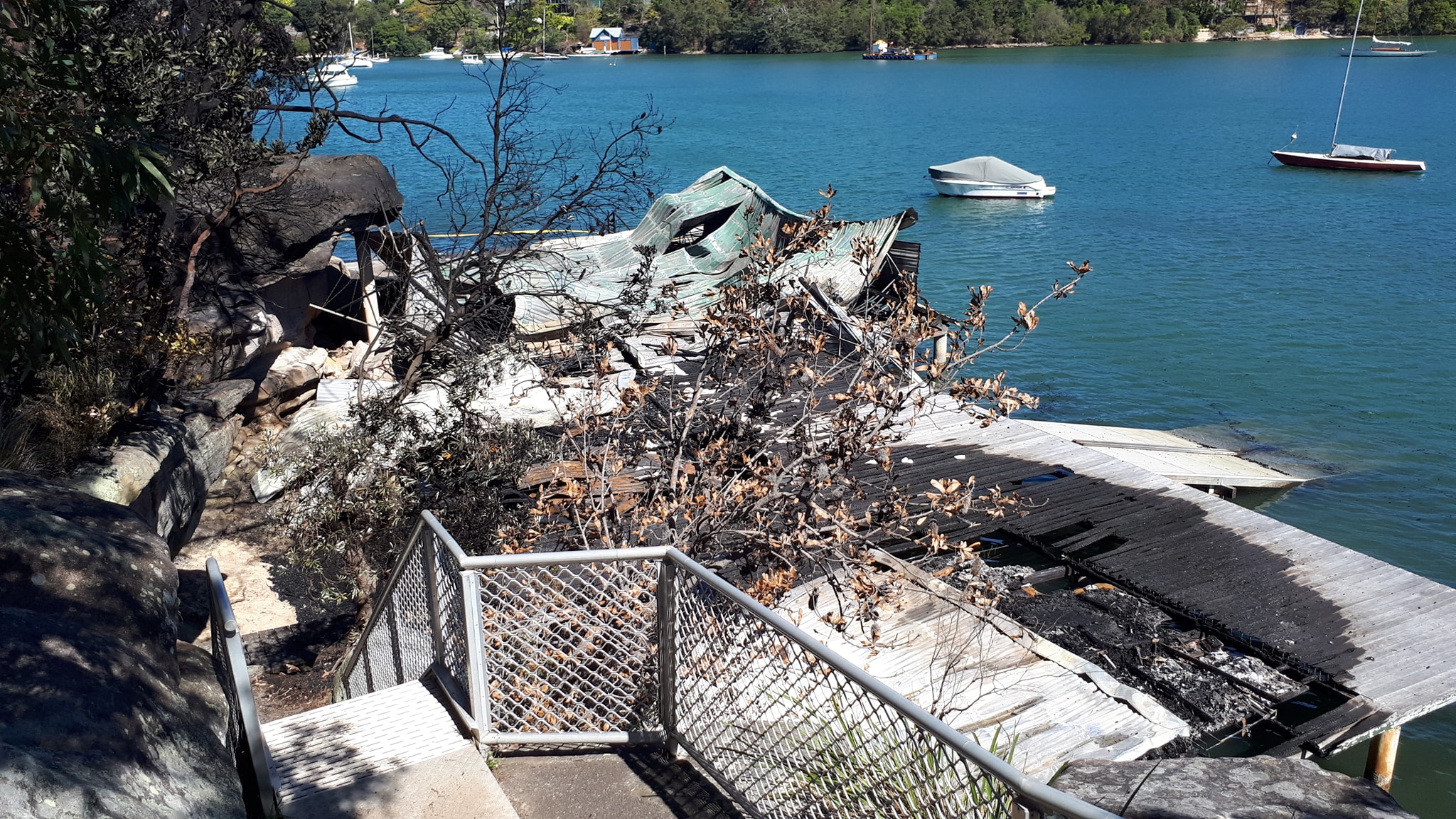 A fire that ripped through a Lane Cove Skiff Club boat storage shed on Sydney's North Shore in the early hours of Sunday morning has been blamed on an arsonist, with social media posts suggesting “view enhancement” may have been the motivation.

As many as 50 fibreglass boats, including Cherubs, Lasers, Sabots and Flying 11s, were destroyed when the shed caught fire. Police are investigating the cause of the blaze and it has been declared a crime scene.

The club estimates the cost of replacing the shed and the boats could run as high as $700,000 dollars.

Club Commodore Max Grundy said that the financial cost was just one part of the loss, as the young sailors formed an emotional attachment to their boats and were all devastated by the event.

Eight of the boats lost were Cherubs, including “irreplacable” hulls like Rolf Lunsmann's Alchemy in which he sailed 15 consecutive Nationals.

Club members vowed they would fight on, with a GoFundMe page already attracting 105 donations totalling $18,000 towards the goal of $30,000.