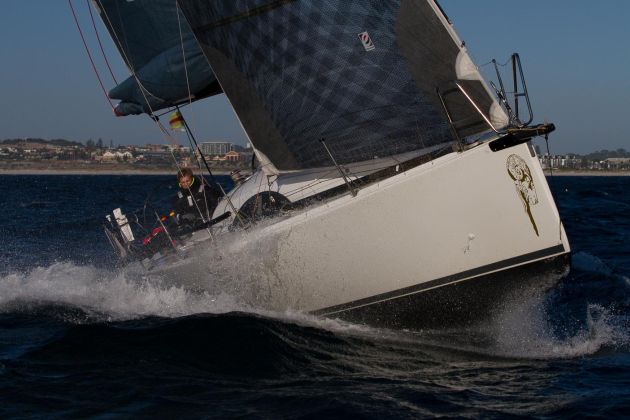 Winds were in the south for the entire journey, starting at around 25 knots and building during the night until easing somewhat in the early hours of the morning.

In Division 2, IRC and YAH placings were identical, with Bryan Thurstan and Hamish Maddern taking second place in the Sydney36 This Way Up and Bill Henson’s Circa third.

Indian led the fleet away from Fremantle and as expected took line honours, finishing at around 9:30am after a 15 ½ hour bash.

Surprisingly there was only one retirement from the race. The S&S34 Huckleberry pulled the hanks out of her headsail when the wind was at its worst overnight, and retired to avoid further damage.

The last yacht finished after 8pm, almost 12 hours behind the winner.

Forecast conditions for Geographe Bay Race Week are promising with a quality fleet assembled in all divisions.

Full results are available at http://www.sportspage.com.au/yacht_clubs/offshore/offshore/Result_2016212-.htm