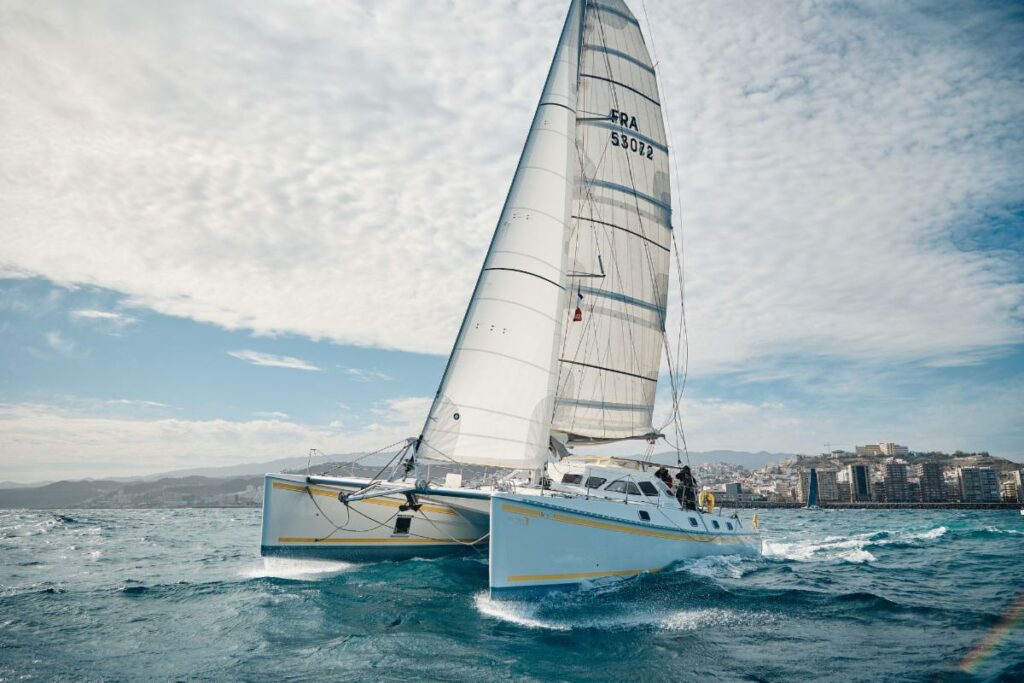 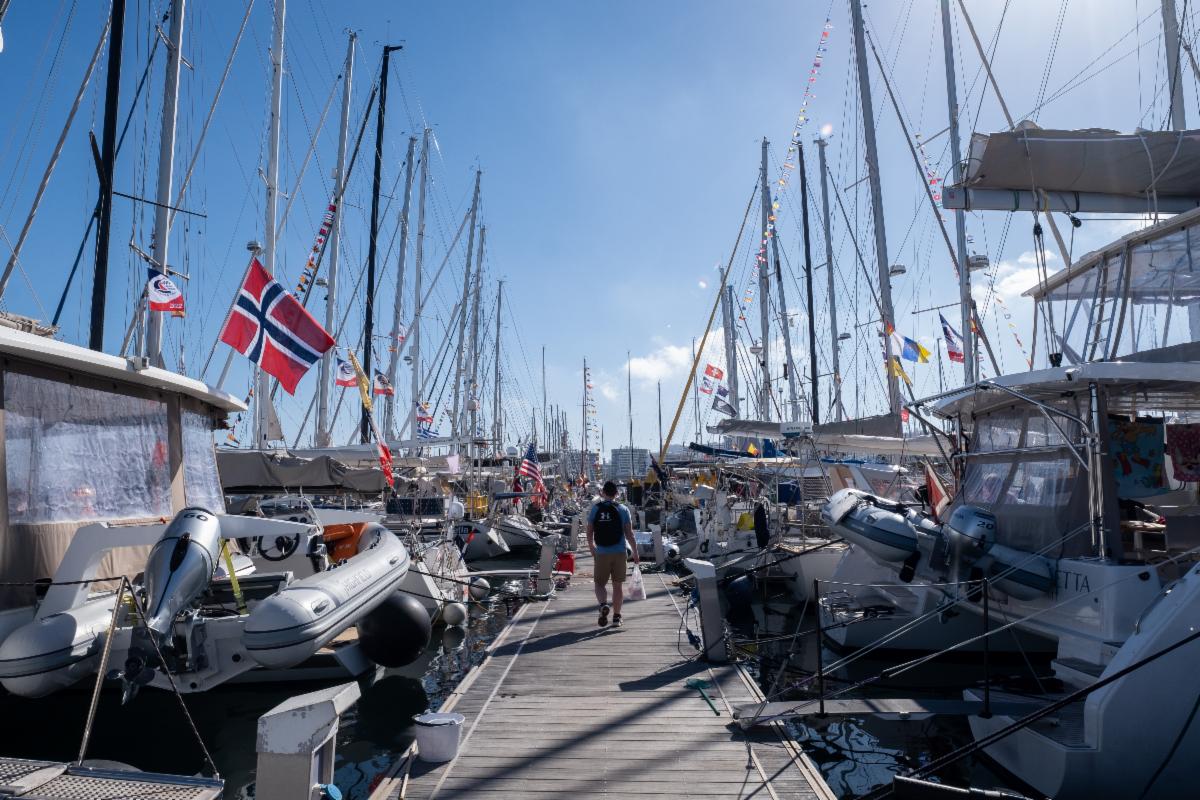 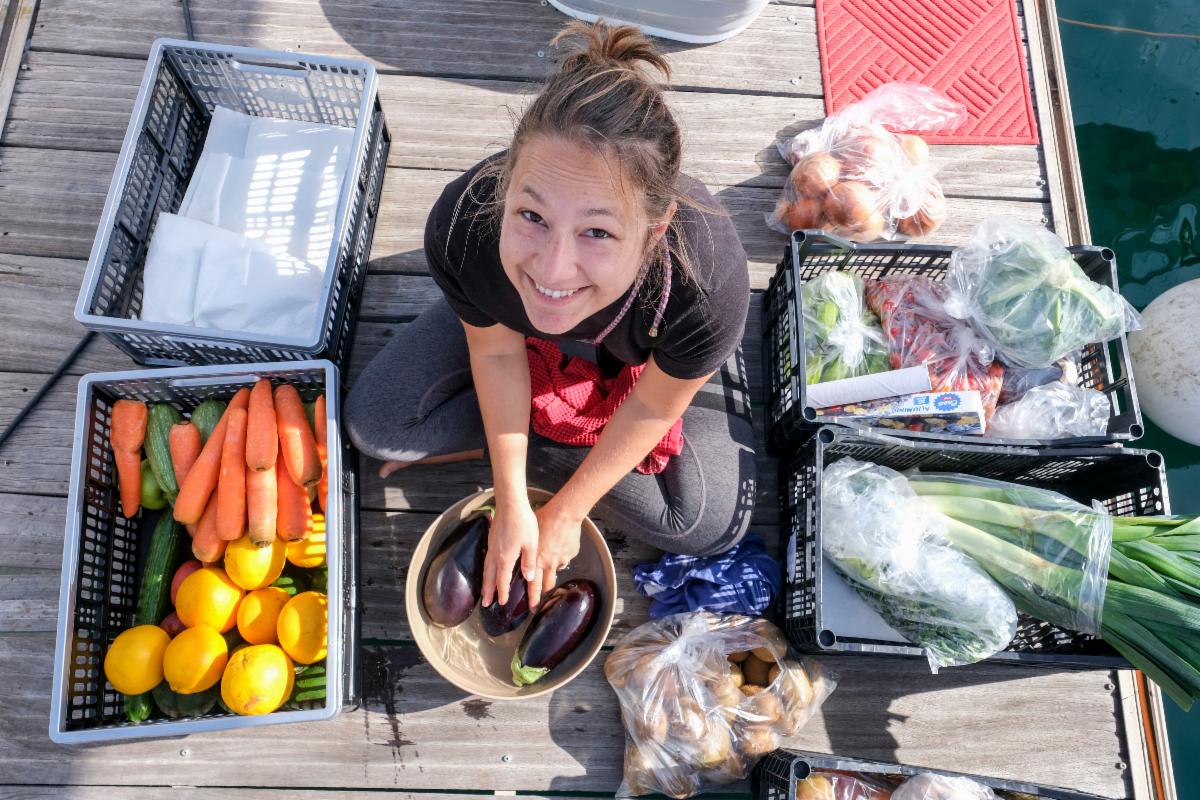 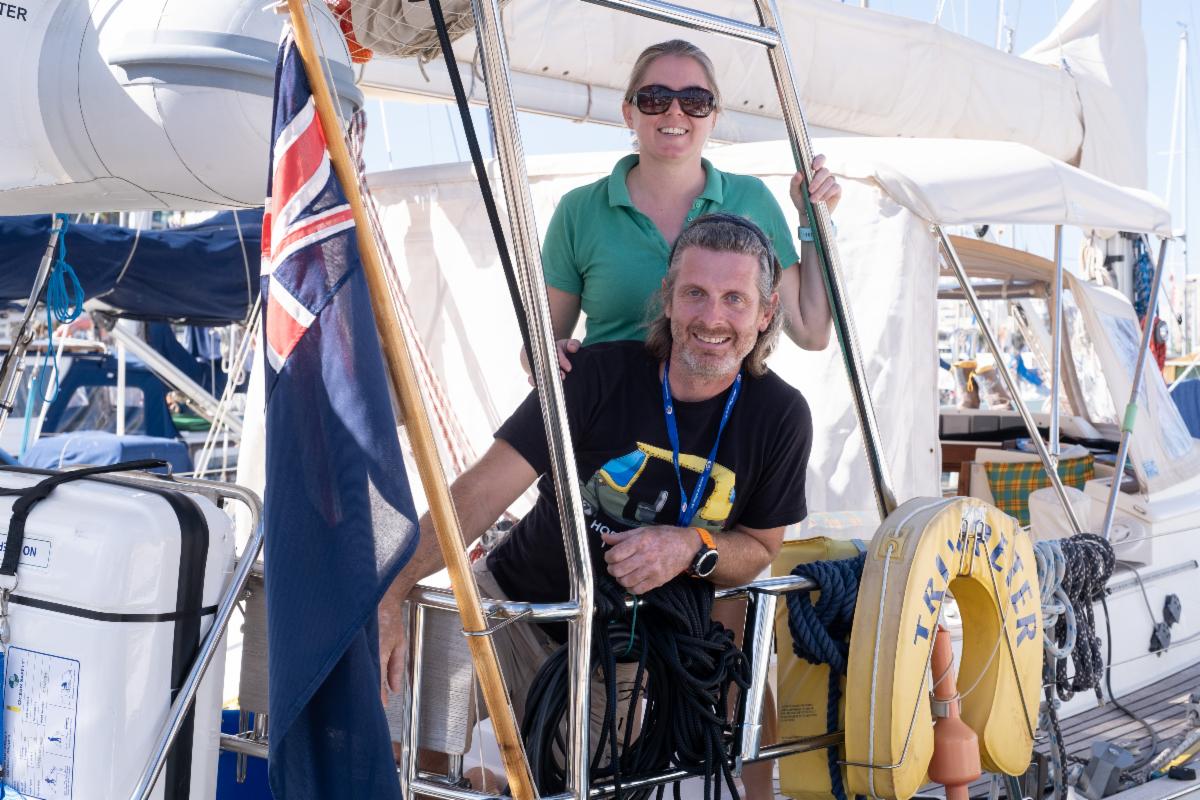 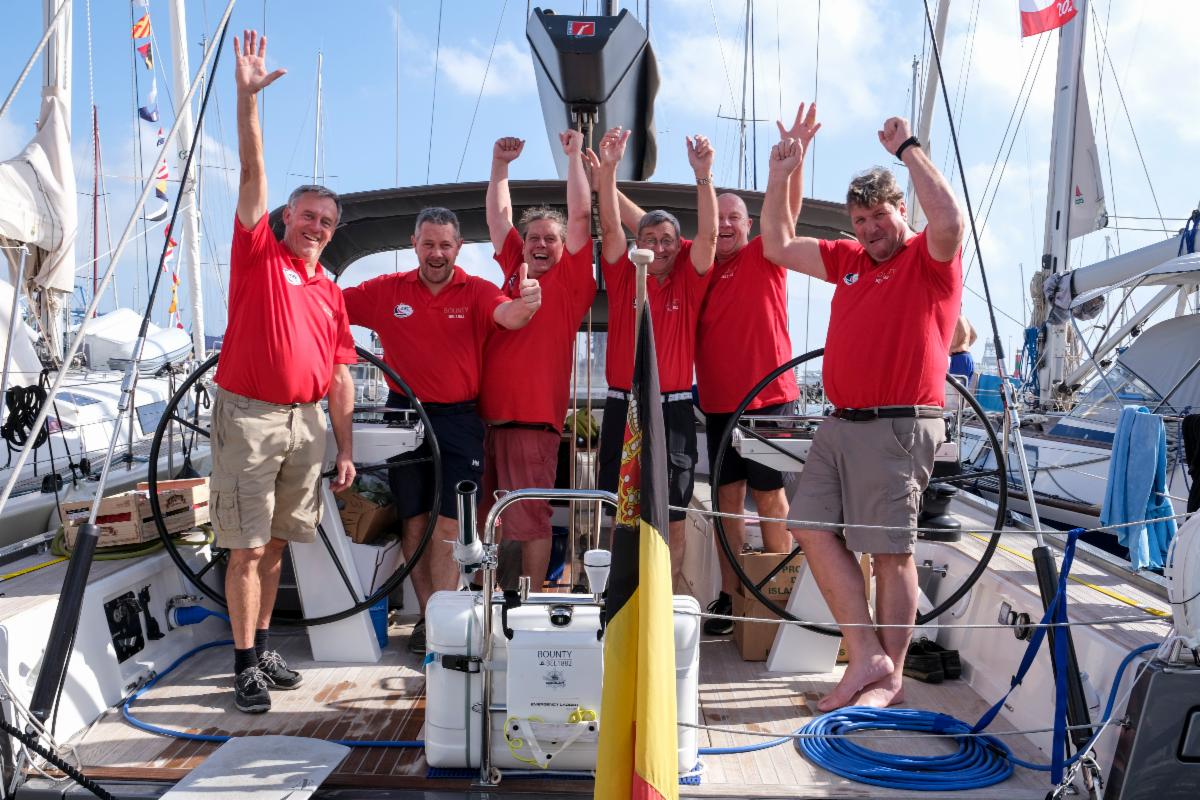 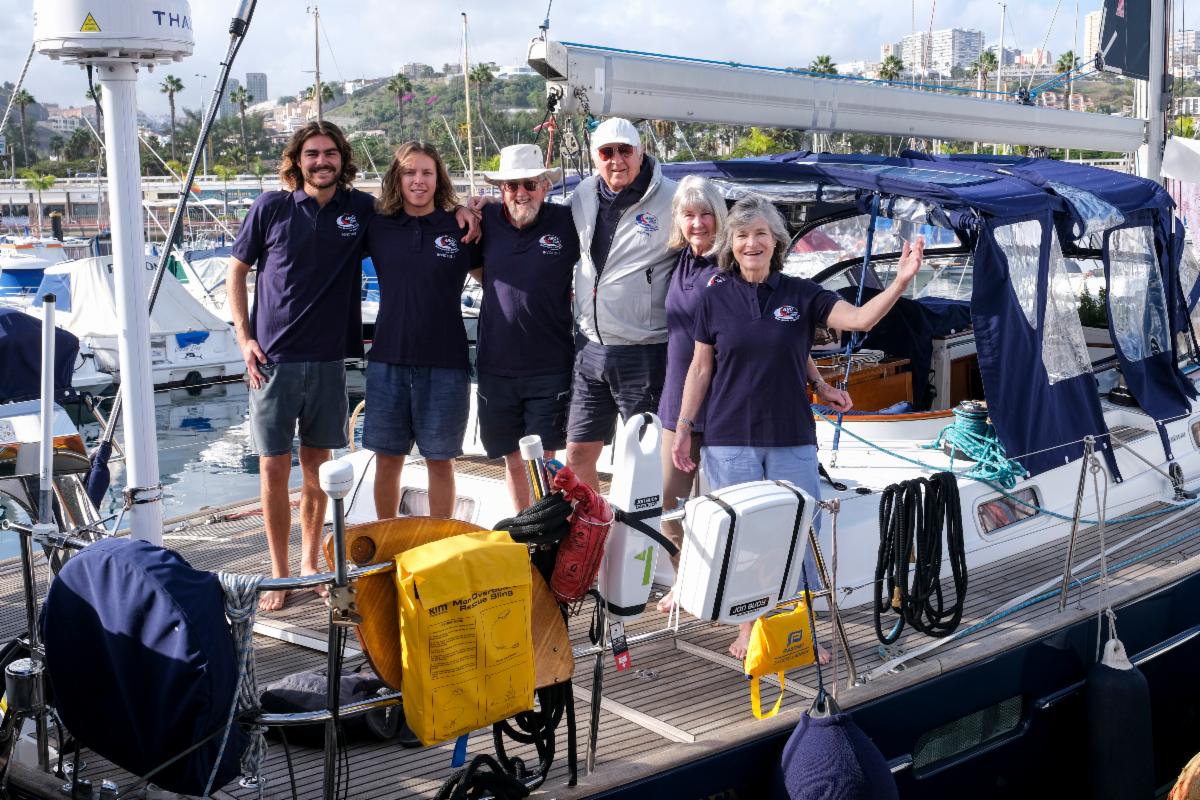 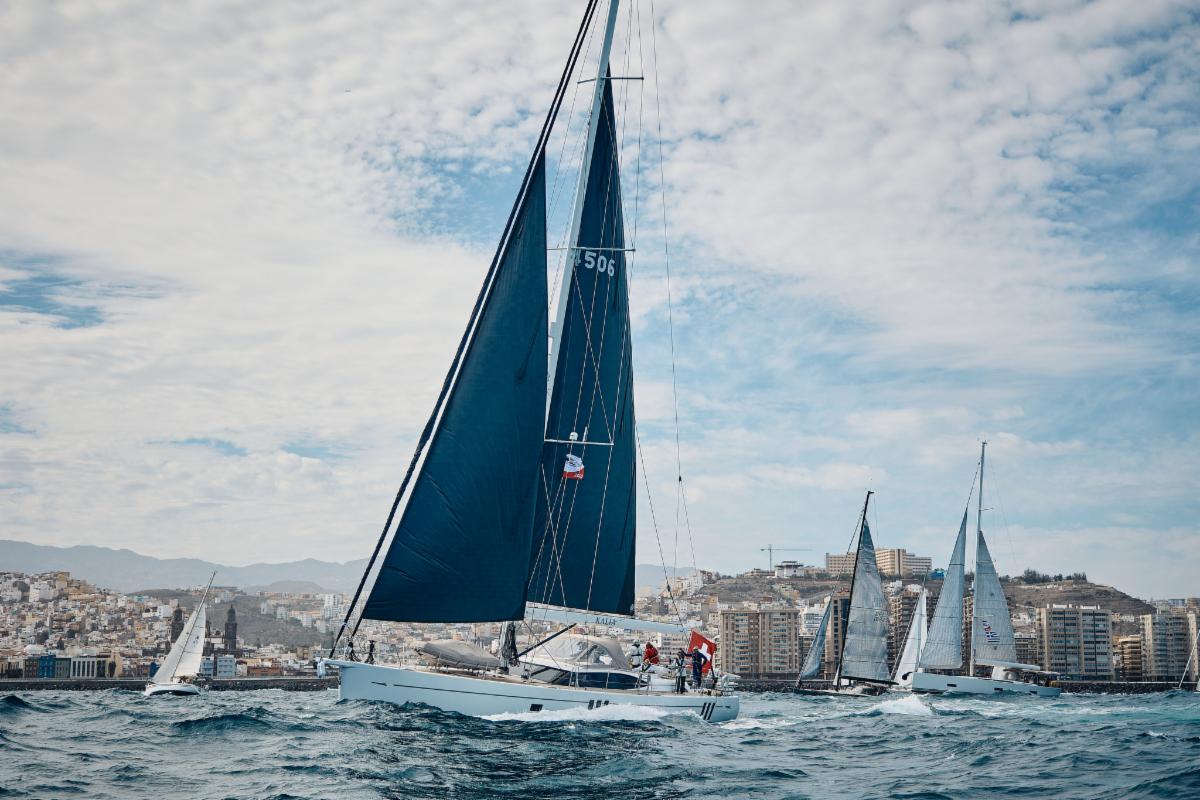 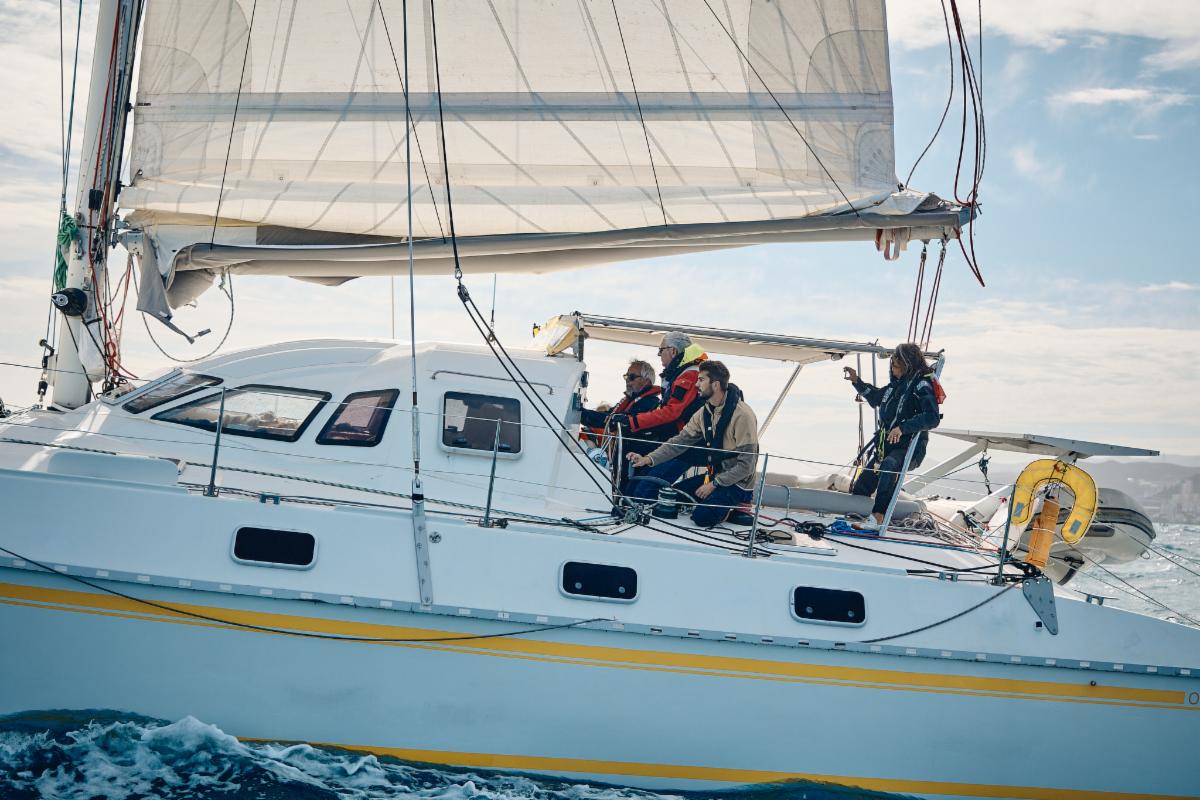 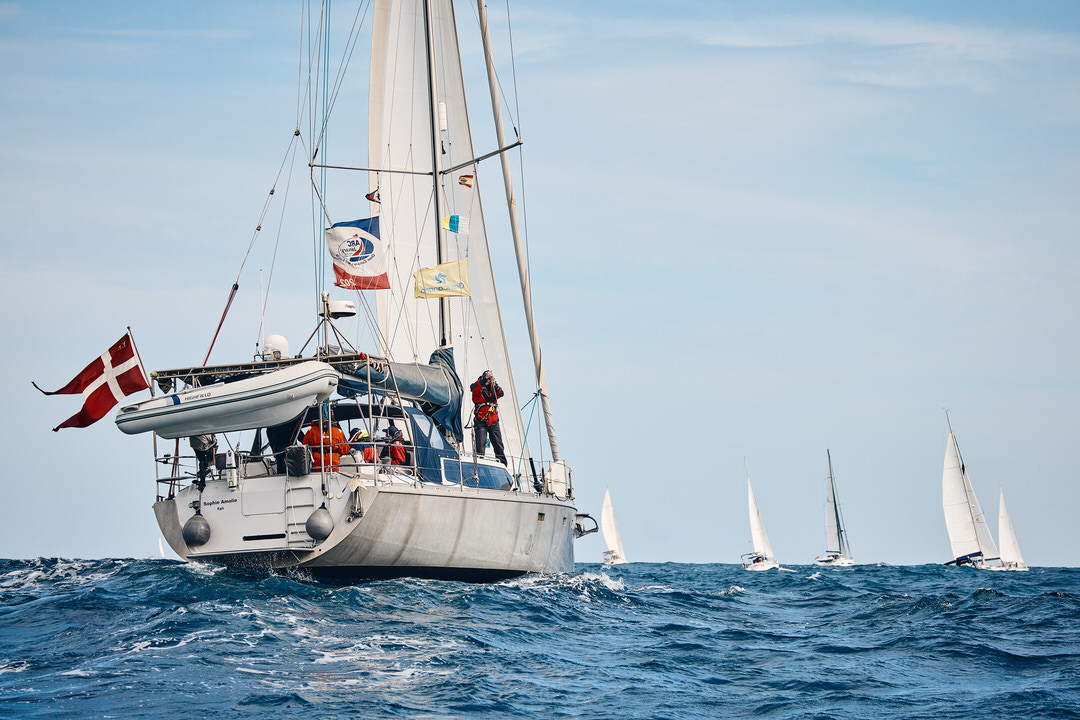 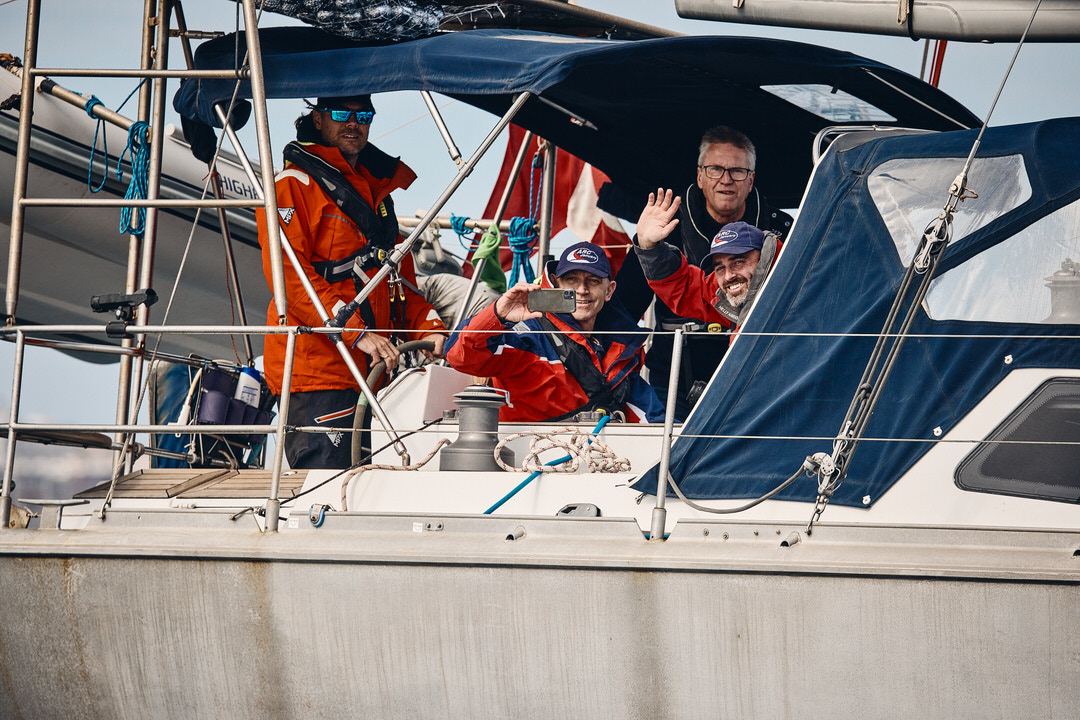 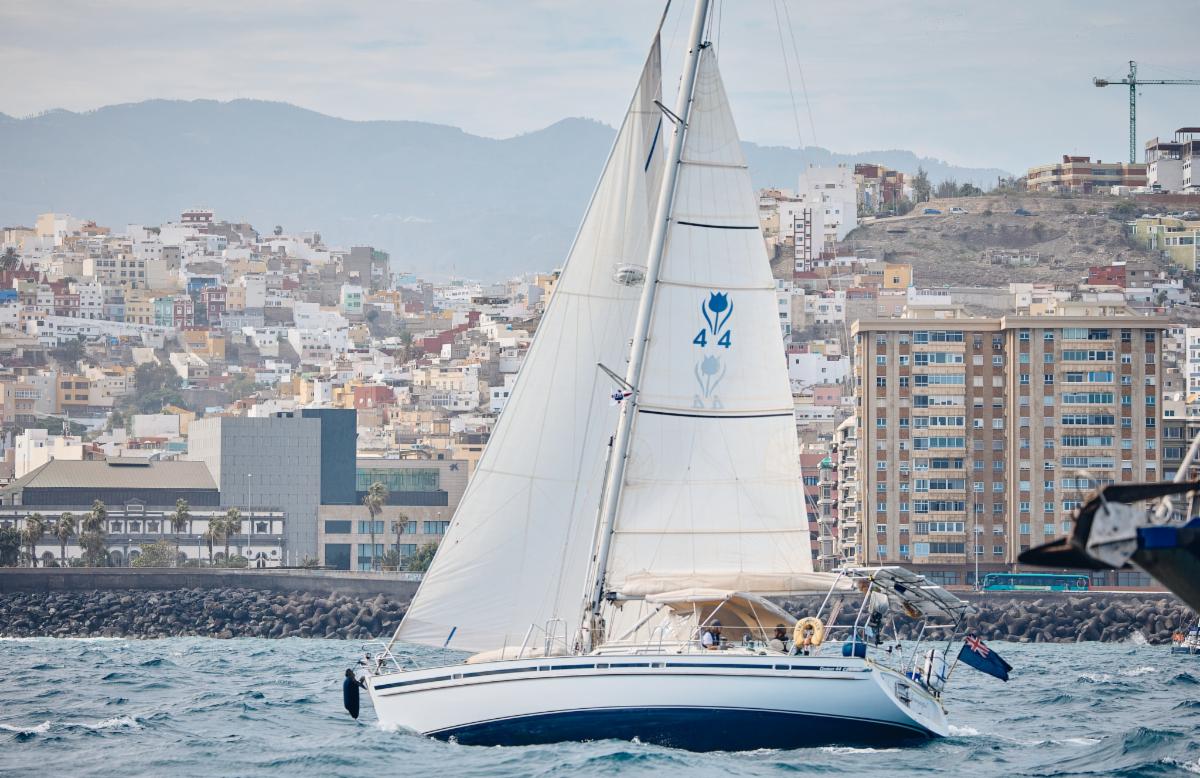 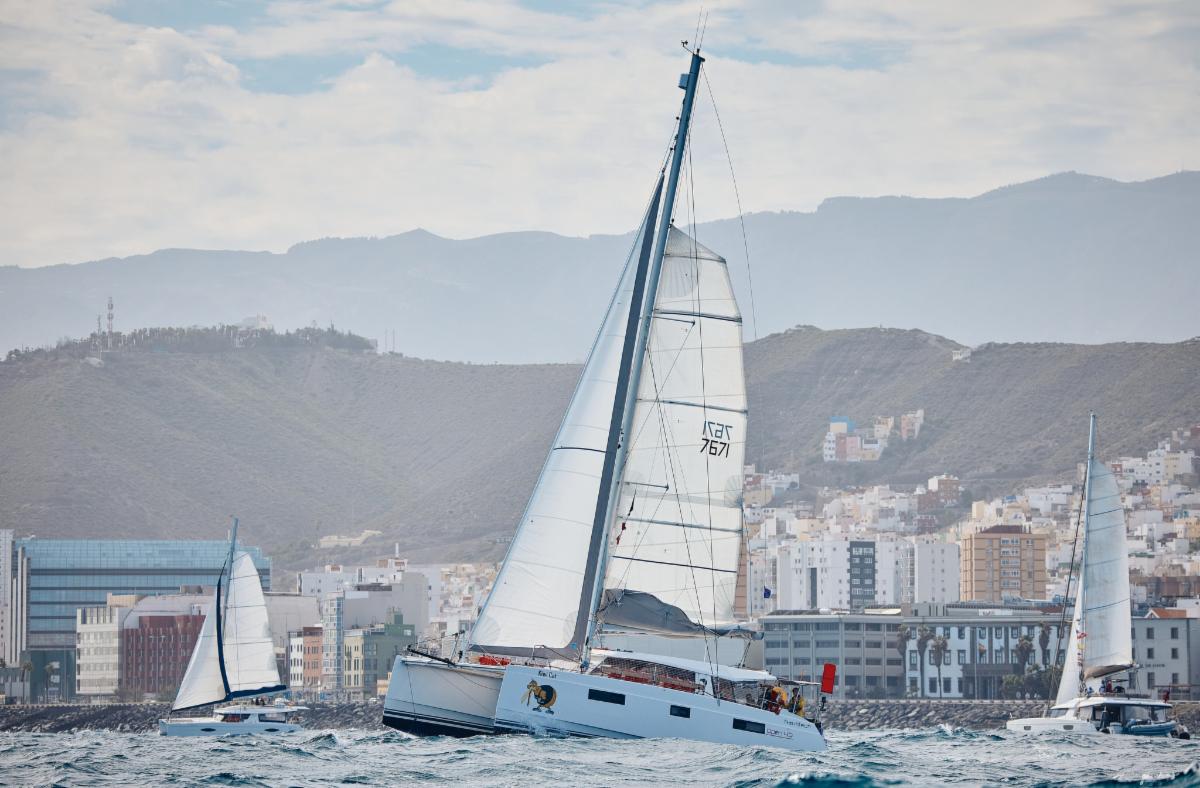 For the first time Gran Canaria bid farewell to an Atlantic Rally for Cruisers (ARC) fleet in the new year as ARC January 2022 set sail from Las Palmas on Sunday 9 January.

The new route has brought together an eclectic fleet of yachts and eager crews excited to embark on a 2,700nm tradewind sail to the Caribbean island of Saint Lucia.

From the smallest yacht Freeway of Penpol, a Freedom 35 returning to an ARC start line 30 years after its Atlantic crossing with ARC 1992, to the largest yacht Oyster 745 Kalia, one of the newest boats in the fleet launched in 2021, the skyline off the port of Las Palmas was peppered with white sails of boats of all shapes and sizes.

On board, crews from 30 nations were eager to get going. “Our crew and yacht Woolamai are ready for an adventure of a lifetime! We can’t believe we’re doing this; we’ve been talking about it and preparing ourselves for so long and now the day has arrived!” said Marie & Rick Grose from France, taking their Bavaria Ocean 38 to the Caribbean for the first time.

Ahead of the start, the sailors have enjoyed their time in Las Palmas de Gran Canaria with the port city providing a warm welcome and fun place to see in the New Year. Preparing for a long ocean crossing creates quite a jobs list and the support from the local businesses in the marina to get all the yachts shipshape and ready to sail away has been terrific.

A series of online seminars, individual Safety Checks, and assistance with local information from the World Cruising Club team has helped support skippers’ preparations with a great feeling of camaraderie amongst the departing crews.

Out on the water it was a spectacular sight as the fleet readied to take the starts with a meter high swell and brisk breeze welcoming them to the ocean. From onboard the Committee Vessel, the first countdown began for the Multihull Division as a steady wind of 15-18 knots blew from South South-East.

Leading the fleet of 10 catamarans, Outremer 55 Belle Ilepowered through the startline under the watchful eye of skipper Thomas Lurton and the all-French crew. The British flagged Catana 53 PolePole were second over the line follow by Fountaine Pajot Helia 44 Yakira.

Fifteen minutes later, they were followed by the Cruising Division, featuring 28 yachts taking today’s start, riding the ocean swell. Many of the skippers opted to start with reduced sails – a sensible precaution with many miles of ocean sailing ahead. First over the line was Trumpeter, a Contest 44CS owned by recently retired couple Chris and Mandy Carlisle; their ARC represents 15 years of dreaming and 6 months of planning, having moved aboard in June 2021. Kalia, the Swiss-Flagged Oyster 745, was second over the line, followed by Bounty, NEIT and I Neverland.

Now the yachts are at sea, crews will adapt to ocean life and quite a change of pace from the pre-departure rush. As boats get south of Gran Canaria there should be some nice E-NE trades forming, giving a pleasant introduction for their ocean sail. The classic route of ‘sailing south until the butter melts’ is looking best for the fleet before pointing their bows to the Caribbean, avoiding an uncertain low pressure system developing along the rhumb line. Their progress can followed on the YB Tracking App and Fleet Viewer page of the World Cruising Club website.

Six yachts remain in Las Palmas Marina completing final fixes and awaiting parts and crew and hope to join the rest of the fleet on their passage to Saint Lucia in the coming days.

From the ARC January departure today, the majority of boats will take 18-21 days to make the 2,700 nautical mile Atlantic crossing, arriving in Rodney Bay Marina, Saint Lucia at the end of January. An exciting arrival programme and special ARC Reunion for the boats that crossed at the end of 2021 is planned, promising a wonderful atmosphere in IGY Rodney Bay Marina.