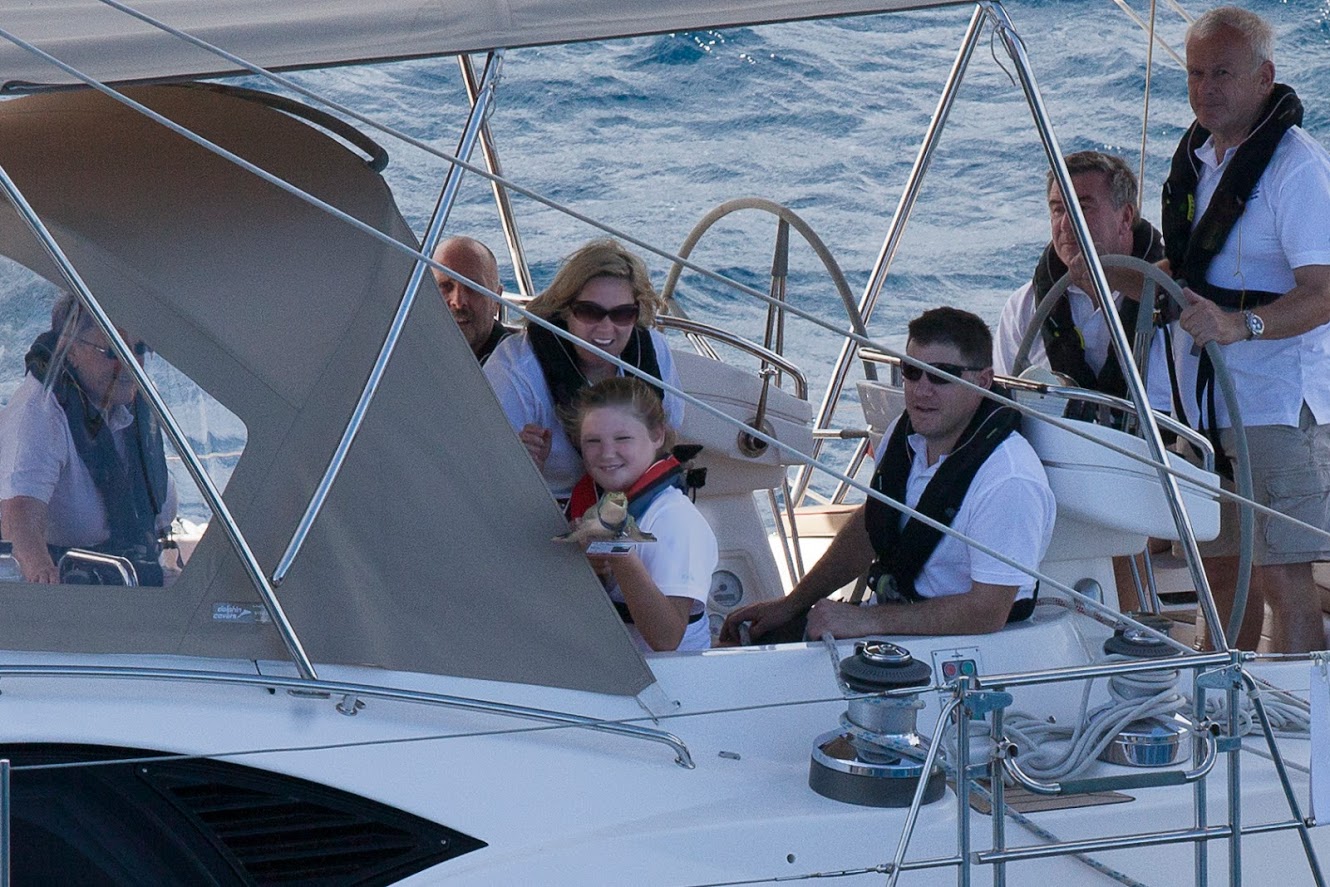 Ed the Iguana on board Helen. WCC/Clare Pengelly

06/11/2017
Sixty-eight boats sailing with ARC+ 2017 set off today, 5th November, from Las Palmas de Gran Canaria for the first leg of their Atlantic crossing, bound for Mindelo, Cape Verde. Twenty nations were represented on today's start line with 300 participants aged from 3 years old to over 70 coming together to cruise in company on their two stage ocean crossing.
Two boats have delayed their departure but intend to catch the fleet up to bring the total to 70 boats sailing with ARC+ 2017. The departure of Leg 1 today will see them sail south to the Cape Verde Islands for a 3-5 day stopover, and then onwards to Saint Lucia in the Caribbean, arriving by early December.
The organised pre-departure programme has brought the fleet together as a close community of sailors preparing for their adventure. Fellow crews, local businesses, technical support and the World Cruising Club team have all been helping out as departure day approached and throughout the morning there was a wonderful buzz of everyone wishing the departing crews 'bon voyage' and waving them off from the marina.
“The last few days of preparation and provisioning have all run smoothly; the ARC staff have provided brilliant support and information.” Said George Hakin sailing on Australian yacht Adele 1 just before Saturday's Skippers Briefing. “Now we are just counting down the minutes until we can get some wind in the sails and some fish on the rods. We are itching to get started!“
First boats to cross the line
This morning, with sunny skies and a building breeze, a procession of ARC+ boats began to depart. Music and a local announcer called out to the boats as they passed out towards the starting area to the south of the port. The committee vessel Miguel de Cervantes, provided by the Salvamento Maritimo, marked one end of the line with a buoy close to the shore marking the other.
At 12:45, 13 boats in the Multihull Division were led over the line by the Norwegian Lagoon 500 Opptur, and the larger fleet of monohulls soon followed at 13:00. First over the line was X-566 Marisja, then Irish Allures 52 Finnegans Wake, and Sweden 45 Wild Iris. The steady 18-20 knot wind will build through the afternoon as they sail away from Gran Canaria.
The fleet are now on their way to Mindelo, 865NM to the southwest of Gran Canaria. The consistent breeze will continue for their first night at sea, giving them a good start to the passage. Winds are likely to be a little lighter as they move away from the island and we hope to be welcoming the majority of the fleet into Mindelo over Friday 10 and Saturday 11 November.
The latest YB Tracking satellite trackers have been fitted on board each boat, allowing family and friends to follow the fleet from the comfort of their own home via the online Fleet Viewer. Boats can also send blogs and photos, posted on to the rally website to share life on board.
A busy schedule begins for the ARC fleet
As the ARC+ fleet left today, the pre-departure programme has only just begun for the crews of the ARC fleet sailing directly to Saint Lucia on 19 November. After a spectacular welcome party hosted by the Las Palmas City Council on Friday night, crews have spent the weekend exploring Gran Canaria, and many headed out to wave off the ARC+ fleet.
Before their own start two weeks from today, ARC crews can look forward to a full programme of activities to give them the best possible send off for an ocean crossing.  Safety inspections are already underway and during the next two weeks, there are seminars run daily covering useful topics for ocean sailing including provisioning, communications, weather and sailing techniques.
Fully preparing crews for the voyage is an important part of the ARC programme in Las Palmas and the experienced team of 'yellow-shirts' from World Cruising Club provide invaluable advice to help participants prepare for their own start day.