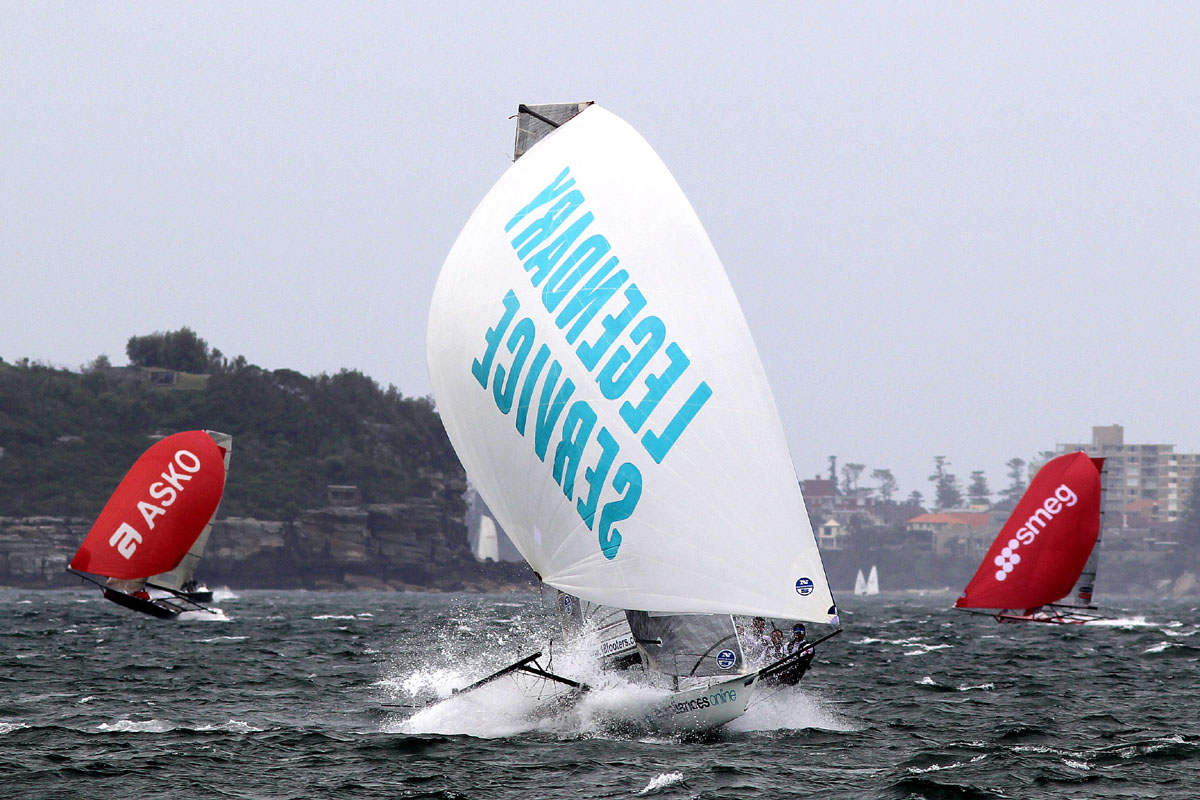 The Appliancesonline.com.au 18ft Skiff crew gave an outstanding performance in the 20-knot North East wind to score an all the way win in the Syd. Barnett Jr. Memorial Trophy race on Sydney Harbour today.

Pure blonde (Nick Daly) was well placed all through the race and finished fourth, ahead of Smeg (Lee Knapton), Compassmarkets.com (Keagan York) and De’Longhi (Simon Nearn).

Today’s winning skipper David Witt will now exchange the tiller of an 18ft Skiff for the wheel of the 100ft Maxi Ragamuffin in the Sydney Hobart Yacht Race, which starts in Sydney Harbour on Boxing Day.

Appliancesonline.com.au’s domination began soon after the start and her lead was more than 30secs at the first set of 3-Buoys windward marks.

Conditions were perfect for an action-packed spinnaker run into Rose Bay and the teams didn’t disappoint spectators as they raced past the spectator ferry with centreboards clearly visible.

With Appliancesonline holding a big lead for nearly the entire course, most spectator interest centred on the battle for the minor placings.

The strong Asko Appliances team won out in a fierce battle to take second placing ahead of Coopers 62-Rag & Famish Hotel and Pure Blonde.

David Witt is renowned for his fearless racing in heavy winds and his performance today brought back memories of his outstanding first day performance in the 18s as a 17-year-old in 1988.

While conditions were near perfect for the AOL team today, the racing for the major championships in the new year should be sensational with little separating many teams.

The JJ Giltinan Championship in February should be one of the best for many years.

Today’s race was the last one before the break over Christmas and the New Year. Racing will resume on Sunday, 10 January 2016 when the The Australian 18 Footers League will host Race 1 of the Australian 18ft Skiff Chamnpionship. The Club’s usual Spectator Ferry will follow all the action, leaving Double Bay Wharf, alongside the clubhouse, at 2.00pm.