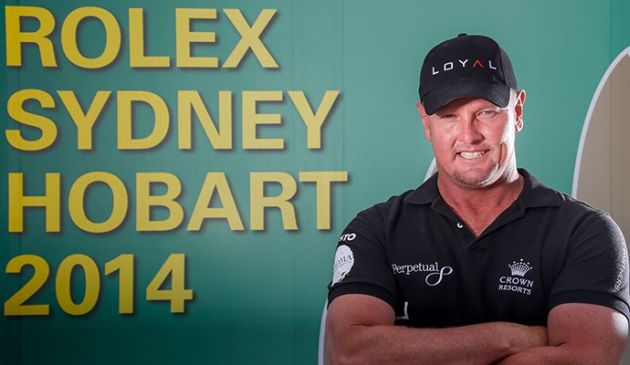 The Patrons’ program was established in 2006 to support Australian sailors heading to the 2008 Olympic Games in Beijing.  Following positive results at Beijing, the Patrons’ Program was expanded and raised over $1 million leading up to the London Olympics Games in 2012 and has continued to evolve heading into the Rio Olympics later this year.  Anthony Bell’s involvement was initiated through America’s Cup winning skipper, sports administrator and active sailor John Bertrand and has been guided by Yachting Australia President Matt Allen.

In announcing the appointment,

“On behalf of the Patrons, we welcome Anthony and are very enthusiastic to have him join us.  We’ll harness his enthusiasm and understanding of the sporting market in Australia and expect his involvement will assist the Australian Sailing Team to even better performances and support, from now through to Olympic Games in Tokyo in four years’ time, and beyond,” Matt said.

“It’s essential that we diversify and expand on our footprint, especially as we look to continue to be dominant as an Australian Olympic sport from Rio to Tokyo and beyond.   We’ll be developing more athletes across the classes and given the impressive calibre of our sailors, it requires more input to allow them to compete at international level and continue to win medals in.  With Anthony’s input, we look forward to building a strong resource base for the team.

“I would also like to thank Marcus Blackmore for his ongoing involvement and for following in the footsteps of John Calvert-Jones as Chairman of the Patrons, both continue to be great supporters of the Australian Sailing Team,” Matt added.

Anthony's firm Bell Partners has won numerous BRW awards and he has been involved with sailing for many years including his forays in the Rolex Sydney to Hobart Yacht Race skippering Perpetual Loyal, with crews including high profile Australian media and sports personalities. He led his team to win Line Honours in the Rolex Sydney to Hobart in 2011.  The Loyal Foundation which was established in 2009 by Anthony and Bell Partners has raised over $5 million for essential Children’s medical equipment in that time.

Adding the role of Chief Patron to his schedule, Anthony was excited for the challenge ahead, saying “it’s great to be involved in another area of sailing and Australian sport.

“I’m passionate about helping people achieve their dreams and I’m pleased that I can engage with the athletes of the Australian Sailing Team,” Anthony said.