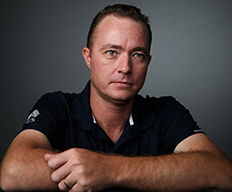 All is not well in the Australian Sailing Team.

The most recent manifestation of the problems – which are all to do with people – is the recent loss of two excellent Australians to “the enemy”.

On November 29 last year, US Sailing announced that double Olympic champion and Sport Australia Hall of Fame inductee, Malcolm Page, had been appointed Chief of Olympic Sailing. Prior to that, Mal had been Head of Media for World Sailing, an appointment he took after Yachting Australia, as it then was, failed to offer him a suitable job.See the full story here.

The US Olympic team has performed well below expectation in recent years, failing to win a single medal at London 2012 and gaining only a single bronze at Rio 2016. US sailors I have spoken with have blamed lack of a central program, poor financing and in particular poor management for the deterioation of the once proud sailing nation that won three gold and four silver from seven events at Los Angeles 1984. Malcolm Page will make a huge difference to this team.

On April 28 last month, the RYA announced that another Australian, Mark Robinson, had been appointed as the British Sailing Team's Olympic Performance Manager. Mark led the Australian Paralympic Team to two gold and a silver from three events at Rio 2016. He also ran the very important State Institue of Sport programs for Australian Sailing.

GBR has been Australia's major challenger for the title of top nation in Olympic classes at recent Games. They have a superb facility at Weymouth and a very well-organised and harmonious team ethos. Messages of support for Mark on Facebook and other social media sites were overwhelming from Australians and Brits alike. We have lost another very good man.

There are also some extremely talented Australian coaches who have either been “let go”, have resigned because of conflicts with AST management or who have never been given a chance because they won't tow the party line.

The most notable exit in recent times was the American John Bertrand, who was fired as Finn coach. I believe he was sacked for speaking out about the way the “protected species” – those sailors who are darlings of the AST inner circle – were getting away with bad behaviour. I am told John sued Australian Sailing for unfair dismissal, won the case and received a payout but details are protected by a confidentiality clause, so I am not able to publish any specifics.

Finally, I hear from sailors and their families “off the record” that there is very widespread disatisfaction with the way the High Performance Program is being managed and particularly with several individuals at the top level of management.

Perhaps this disatisfaction even cost Australia another medal at Rio. Although the America's Cup was his prime focus after London 2012, I personally feel that Tom Slingsby would have switched to the Finn for Rio, where his relatively light bodyweight would have been an asset in the conditions that prevailed, had it not been for the way the sailors were treated when they returned from the London Games.

When things are going bad within a sporting organisation, it is not hard to find people who will tell you about it. I have heard that an independent review was conducted by a high-profile Sydney lawyer into Australian Sailing, and the High Performace Unit in particular, after Rio.

The report has been suppressed within the organisation. Even Board members have been denied access to it. But I have heard from someone who claims to know the contents that it was particularly scathing of the internal culture of the AST and the cronyism that has been crippling it over the last few years.

Several members of the team have been put on notice that they need to change their ways, but from everything I've heard since, the leopards still have all their spots in the same place.

I should mention here that I am on record many times as saying that Peter Conde did a superb job of rebuilding Australia's Olympic performance after the fiasco of Athens, where we didn't win a single medal.

His program delivered two golds in Beijing, three gold and silver at London and three silver and a gold at Rio. It was helped, of course, by the enormous talent of the individual sailors involved and the high calibre of coaches such as Victor Kovalenko, Michael Blackburn and Emmett Lazich. But as the Americans have shown, talent is not enough – there needs to be a good support mechanism and there needs to be a high level of team harmony.

It is that last element that I feel the AST now lacks. Sailors have lost respect for team management for a variety of reasons and don't feel part of a harmonious team environment.

As John Coates almost discovered when 35 people voted against him at the Australian Olympic Committee elections on Saturday, sports administrators have a “use by” date. When one nation is successful, other nations copy that success and in doing so, improve on it.

Malcolm Page and Mark Robinson will be using all the good things Peter Conde put in place, while eliminating the things they have seen that are detrimental to success. It's hard to see how Australia can compete with them if it just continues to do what it has done for the past 12 years. Especially if it does those things in a toxic environment where some members of the team have lost trust in, and respect for, the management.

I don't pretend to know everything that is going on. But I have seen and heard enough to know that there is a major problem.

The first year after an Olympics is the time to recharge batteries and make changes. Then athletes and coaches go into their three year preparation for the next Games. They don't need major changes or distractions disrupting their careful plans.

The first year after Rio is almost gone. If Australian Sailing is going to make the changes that I and a large number of others believe need to be made, they should act soon. Hopefully the new CEO (the third in three years) will take the internal review seriously, demand changes and take decisive action if they don't happen.

Otherwise, there could be red, white and blue flags flying all over the Tokyo Sailing Arena flagpoles, but few, if any, will have the Southern Cross on them.