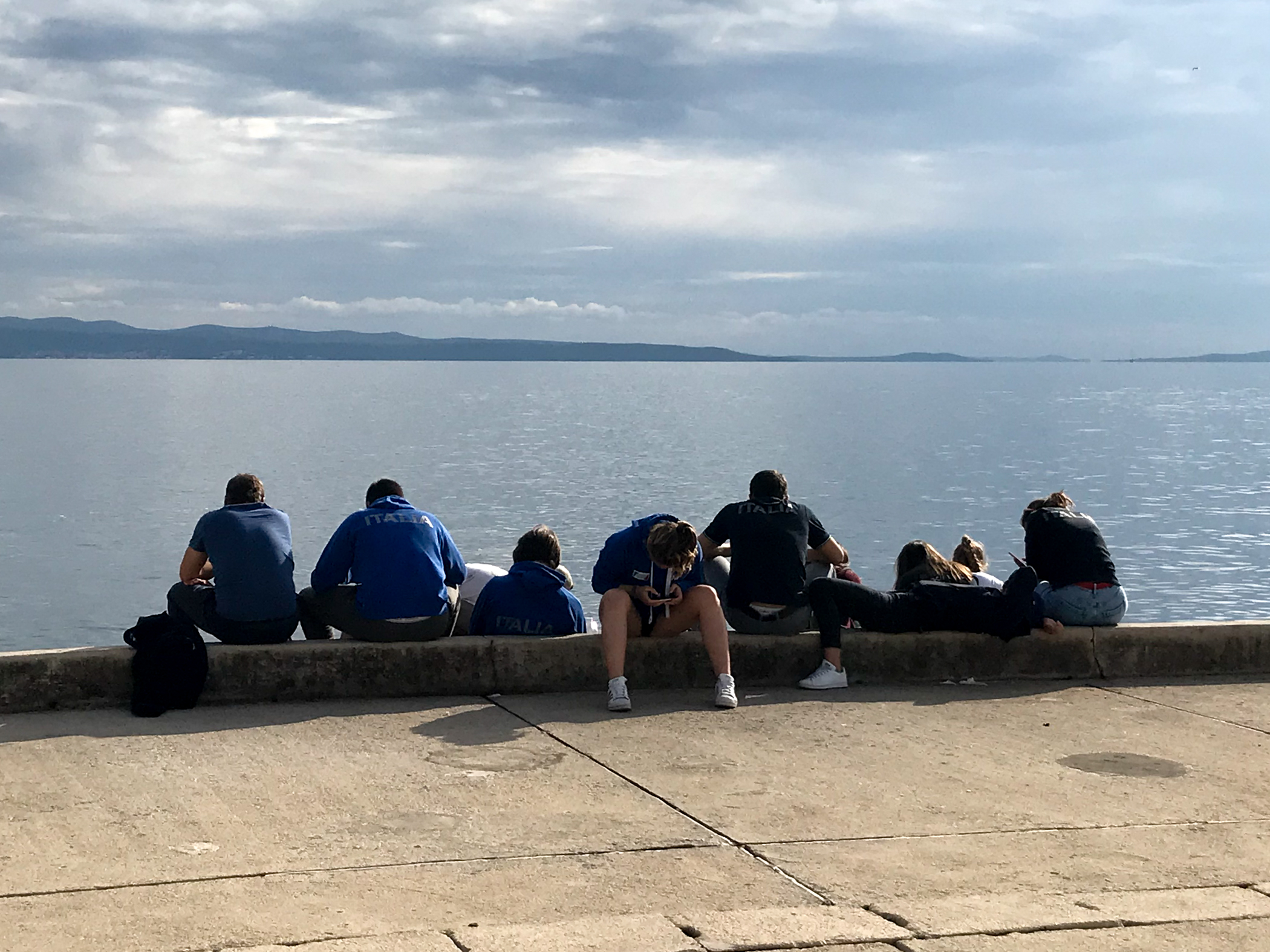 WAiting for the wind.

(Split, Croatia) A promising start to a short lived morning of racing. Golf flag was lowered at 0750 and sailors began launching for a 0900 start time. The Women’s fleet, which hasn’t yet completed a race, started cleanly on the first attempt under cloudy skies and eight to ten knots out of the northeast, similar to yesterday.

The first Men’s fleet (Yellow) started on the second attempt, but three sailors (IRL, LTU, & IRL) received BFD penalties and were disqualified. A bit of rain at that start, but overall it looked good for the morning. The second fleet (Blue) had two general recalls, but then started shortly before 1000, with four boats receiving BFD penalties (POR, GRE, CZE, & USA).

And then, once again, the wind began to fade. The Women finished their race on the inner loop, but the first Men’s fleet had a shorten course and was finished after the second run at the Mark 3 gate. The race for the second Men’s fleet was abandoned on their first run, on the outer loop, when the wind dropped significantly.

At 1100, race committee posted an AP over H and the sailors were towed to shore to wait for an unlikely afternoon thermal. RC waited and watch, but AP over A was hoisted at 1400 and we were done for the day.

So, where do things stand after four days of racing? One of the Men’s fleets has completed two races, but the other only one. The Women have completed only one race. Yes, a frustrating sport, at times.

The Men’s Blue fleet is scheduled for a 0900 start tomorrow, with a similar forecast – light winds in the morning, but nothing in the afternoon. If that race happens, the two Men’s fleets will be even, with two races each, and Yellow & Blue fleets for the Qualifying Series can be reassigned on Friday evening. Hopefully, more races will also be completed.

Saturday is the final day of the event. The forecast is good (15-20 knots), so two or three races for all fleets could be done, even with the 1500 cut-off time for the last start. It’s needed, because at least four races are needed to make it a championship. Perhaps not an ideal championship, but, at this point, we’ll take what we can.