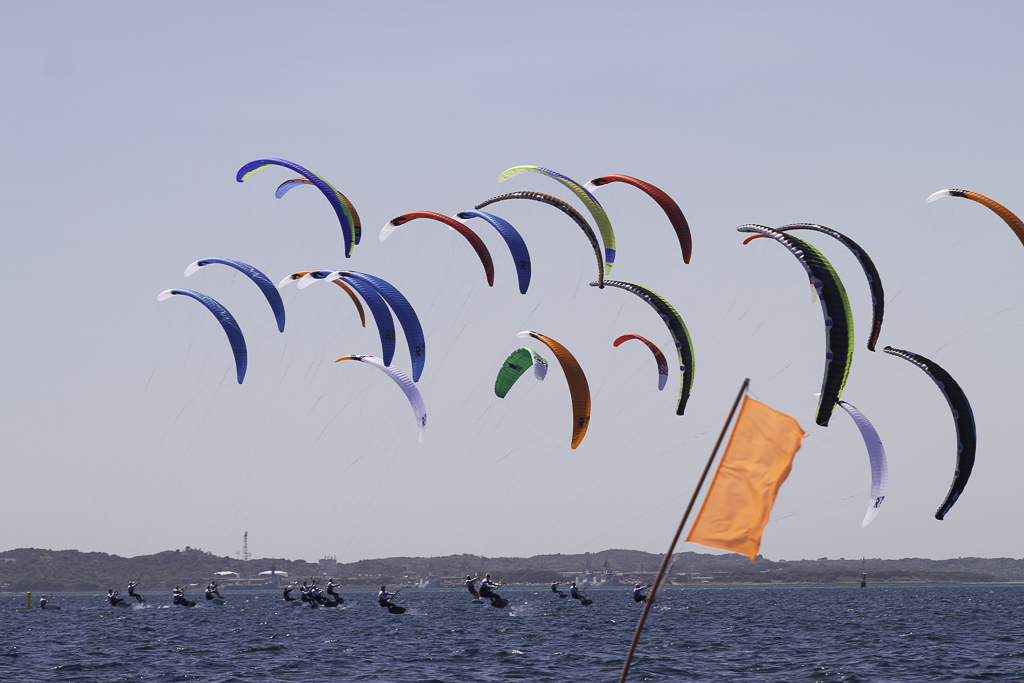 Local Western Australian rider Andy Hansen revelled in the relatively light conditions on his home track to convincingly claim the Australian title.  Hosted by the Cruising Yacht Club in Rockingham, the two day regatta was mainly sailed in 10 – 12 knots, but with flat water, racing was close and exciting, drawing a healthy group of spectators on the café strip overlooking the course area.

Hansen’s start to the championship was dramatic when he was forced to dodge an official boat on his approach to the finish line. A subsequent hearing awarded him average points for the race (which became a first place) which was probably a better outcome than would have been the case had the boat not been there, though the incident had no bearing on the final result. Hansen’s four wins from six races were a testament to his superiority in the fleet of eighteen.

Germany’s Marvin Baumeister-Schoenian, with a win in race 1 and a series of seconds, filled second place with 10 points followed by the Australian Junior Mani Bisschops, who posted a win in race 3 and finished with 13 points.  Gina Hewson was best of the women riders, finishing eighth outright on 41 points.

The serious action begins today with the final round of the Hydrofoil World Series starting this afternoon. A field of 56 riders have entered, including France’s world number 1 ranked Nico Parlier and fourth ranked Briton Ollie Bridge. The field includes six female riders. All have been busy on Mangles Bay at the southern end of Cockburn Sound, assessing the conditions prior to the start of the series.