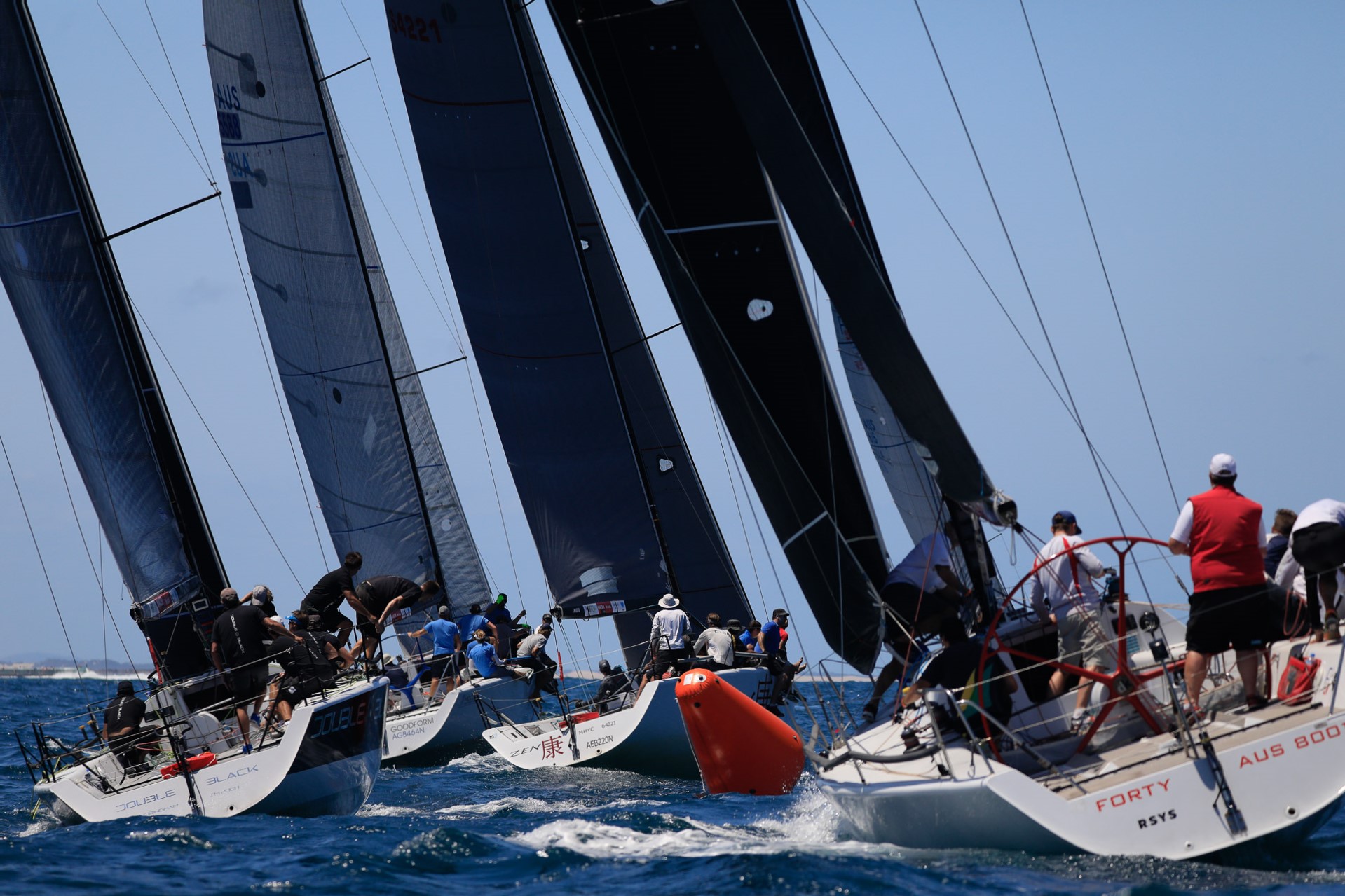 A familiar skipper is making his Farr 40 return with an unfamiliar boat name at this weekend’s NSW State Title hosted by the Middle Harbour Yacht Club at The Spit, Sydney.

Guido Belgiorno-Nettis is bringing what was Transfusion, now Angophora, to the NSW Farr 40 titles under a very different set of expectations. The boat’s moniker derives from Angophora Capital, the Belgiorno-Nettis’ family office which was named after a native Red Gum Angophora Costata that lines the foreshore of Sydney’s famous waterways.

The days when Transfusion was the boat to beat are still vivid in the class’ memory. Belgiorno-Nettis has, until now, sat out of the 2016/17 season though his son Massimo put a Transfusion crew together for the Pittwater One Design Trophy and the boat was lent to Jeff Carter for the Newcastle OD Trophy last month.

Meanwhile Martin Hill’s Estate Master has slapped a reserve sign on the top spot once held by the multiple Australian and world champion Transfusion crew. Hill’s team was victorious in two of the three lead-up regattas with Carter’s Edake the nearest challenger on cumulative points.

“We are coming back for the states and nationals and I’m looking forward to it; we haven’t sailed against the fleet in anger for some time,” Belgiorno-Nettis said. “We’ve got a mixed crew including some of the old guys and some who haven’t sailed with us before. Bobby Wilmot’s putting the team together. We haven’t raced this season and therefore had the chance to consolidate the crew; really we are doing the states for fun, though we’ll still aim to be competitive.

“Martin Hill and his Estate Master team are very focused and working hard to towards the final events of the calendar,” added Belgiorno-Nettis, the skipper who spent years maintaining the highest-level Farr 40 program and these days enjoys a more relaxed mode campaigning his Melges 20.

Returning to the eight boat field for the state title is Lang Walker’s Kokomo, which scored the opening win at the MHYC One Design Trophy in October then took a spell for the next two lead-in series.

Seabreeze.com.au is showing a sizzling 39 degree day on Saturday and 7 knot ENE the most wind. On Sunday a change isn’t expected until mid to late afternoon following a horror morning breeze-wise, single figures starting 3 knots NE early morning and clocking through north to eventually relieve crews when the SW change hits.

Up to four races are due to start offshore on Saturday February 11 from 1100hrs and on Sunday at 1100hrs back in Sydney Harbour, most likely on the waters between North and South Head called The Sound.

Principal Race Officer Denis Thompson and his team will oversee the roll out of the planned eight-race schedule.