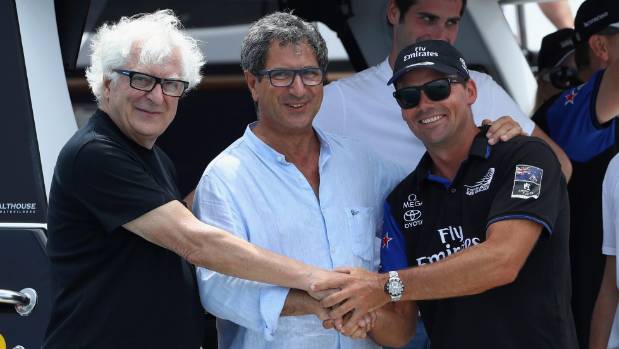 Team New Zealand has confirmed that the next America's Cup will be raced in foiling monohulls after that cat was let out of the bag by the Italian Challenger of Record, Luna Rossa. When Italian newspaper La Stampa asked Patrizio Bertelli if the Cup would still feature catamarans, he replied: “No, you're back to monohulls.”

Shortly after that comment was aired in the Kiwi press, ETNZ released the following statement:

Emirates Team New Zealand can confirm Patrizio Bertelli’s suggestion today that the next America’s Cup will be sailed in high performance monohull yachts.

Emirates Team New Zealand have been consulting with a number of potential challengers and there is an overall desire to have a spectacular monohull yacht that will be exciting to match race, but also one that the public and sailors can relate to as a sail boat that really challenges a full crew of professional yachtsman around the race track.

Further details of the Protocol for the 36th America’s Cup will be announced at the end of the month.

The move helped the cash-strapped Kiwis with their successful development programme and kept the Italians in the game. It also continued a strong partnership between the New Zealand and Italian syndicates that included the Kiwis handing them design data for the 2013 Cup in San Francisco.

Read the full article at stuff.co.nz, which also confirms that tighter nationality rules will be unvealed later this month.