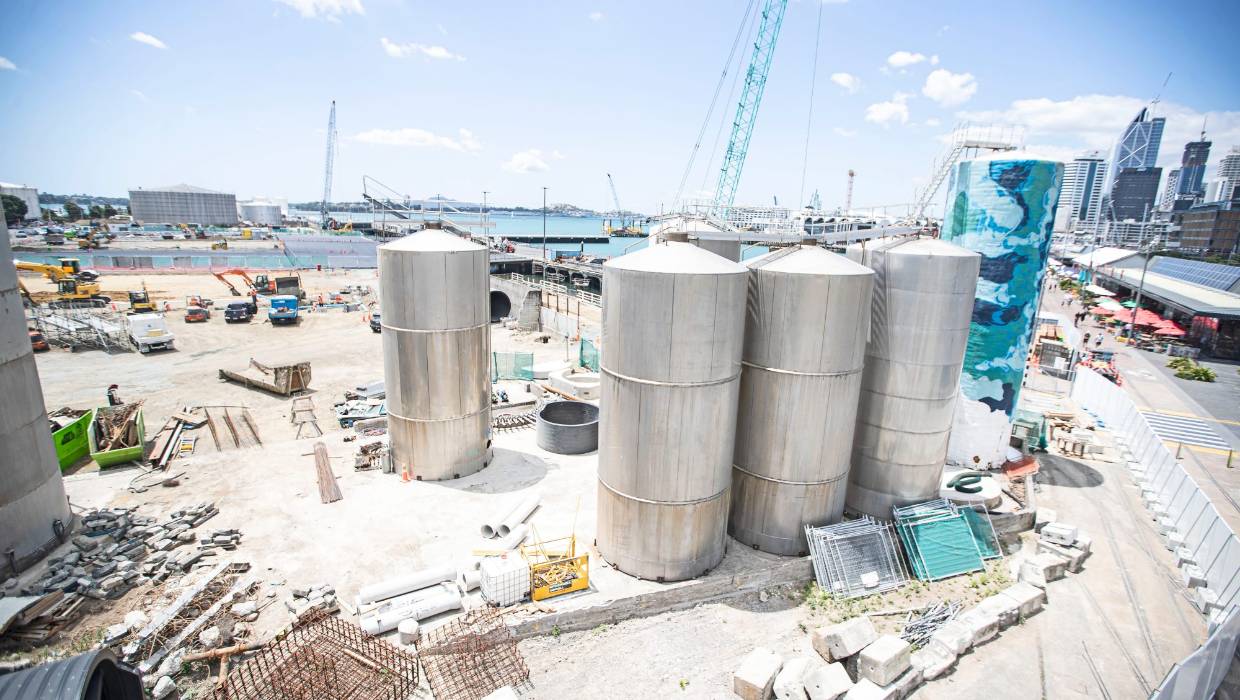 Photo LAWRENCE SMITH A view across the former "tank farm" at Wynyard Point where the groundwork for three challenger bases is complete.

Right on time, the completed sites for America's Cup challengers have been handed over, but the fate of one remains unclear.

The construction alliance building the America's Cup village on Auckland's waterfront said the “platforms” for INEOS Team UK, American Magic, and Stars and Stripes are finished adjacent to Wynyard wharf.

“On time and on budget,” said Barry Potter, Auckland Council's director of infrastructure and environmental services.

The future of one of the three sites is uncertain, with little sign of life in recent months from prospective United States challenger Stars and Stripes. The American challenger has neither launched a boat, nor posted news on its website for nearly a year.

Its base site is fully asphalted which would allow only a simple, light structure to be built, whereas neighbouring INEOS UK has already laid foundations for a substantial building.

The work has followed the removal of large bulk storage tanks, wharf strengthening, and the construction of wide “ramps” from the bases across to the wharf structure.

The alliance said the use of innovative building methods, and bringing in a big construction barge from Australia had helped speed up the work and contain cost.