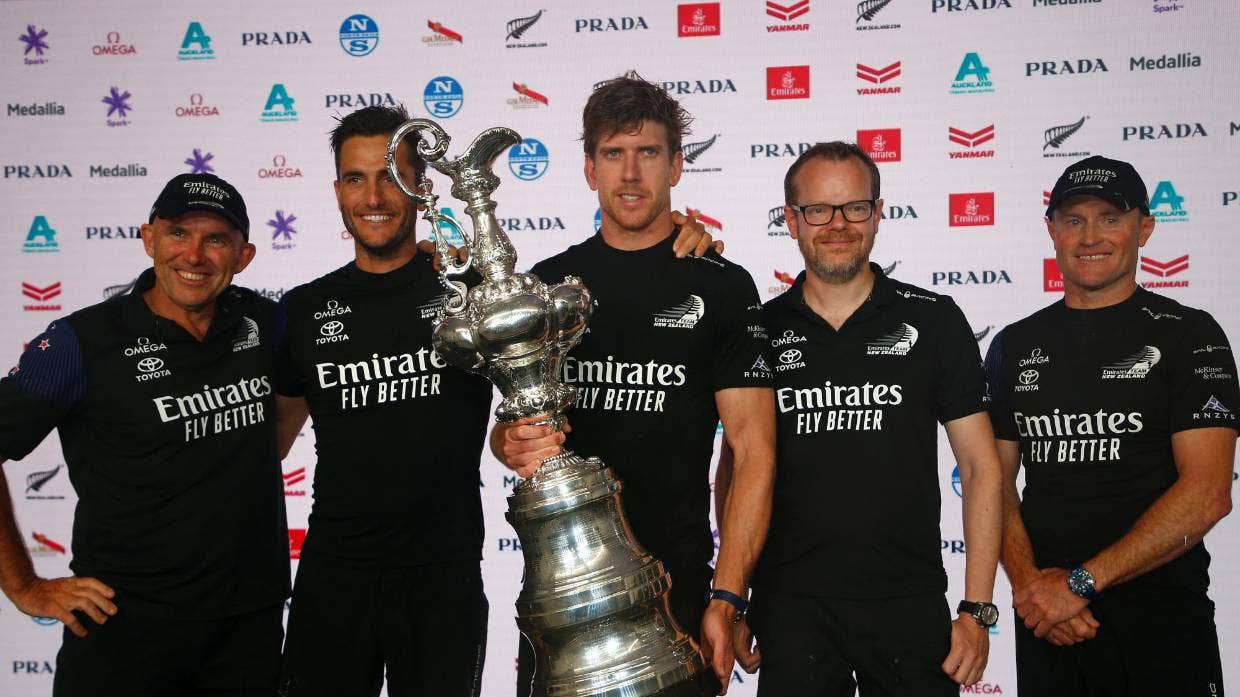 Team New Zealand veteran Ray Davies is adamant the America’s Cup is well placed to push on from its success at Auckland 2021.

Duncan Johnstone reports for Kiwi website Stuff.co.nz that moving the Cup forward is now the intrigue after Team New Zealand took on Sir Ben Ainslie’s Team UK as the new challenger of record to shape the immediate future of yachting’s pinnacle event.

Davies, the Team New Zealand coach and a key man in the design of the AC75 boat that proved so captivating in its first Cup cycle, sees a bright future.

He said no hosting decision process would be made until Auckland and the New Zealand government had presented their vision, having been given 90 days from Team New Zealand’s success against Luna Rossa, a 7-3 result completed on March 17. That would be weighed up against international alternatives.

“Then it’s wide open. There are all sorts of options out there, but we have to try to figure out which is the best one and what is actually do-able in this climate as well,” Davies told the Yacht Racing Life podcast in a lengthy interview.

“It is all a little bit tricky, but the intent is there from a lot of people to keep it all rolling as a remarkable event.