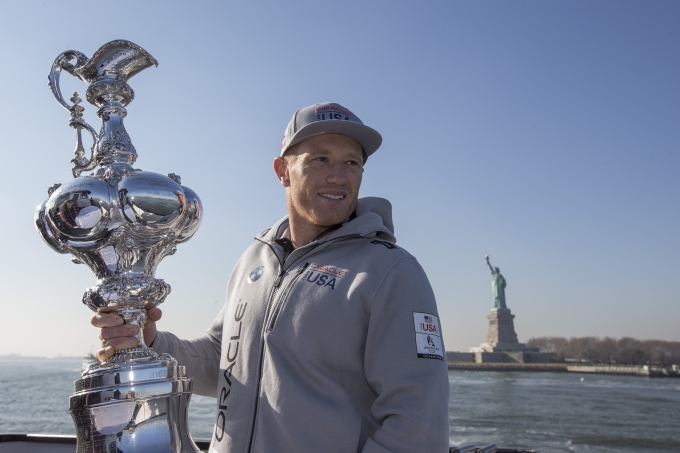 The Louis Vuitton America's Cup World Series is coming to New York on May 7-8, 2016.

This marks the first America's Cup racing in New York in nearly 100 years.

Skipper Jimmy Spihill is bringing his ORACLE TEAM USA, defending champions of the America's Cup, to race on home waters in the United States for the first time in this Cup cycle.

Emirates Team New Zealand, with World Sailors of the Year Peter Burling and Blair Tuke on board, is at the top of the Louis Vuitton America's Cup World Series leaderboard, with Spithill's ORACLE TEAM USA in second place. Land Rover BAR won the first event of 2016 in Oman in February to pull within one point.