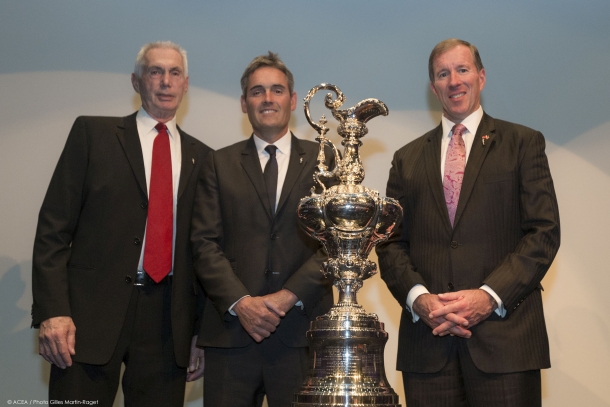 The Royal Gazette. By Colin Thompson.

A late proposal that would have seen a Bermuda team compete in the 35th America’s Cup has fallen by the wayside.

A spokesman for a group behind the ambitious plan confirmed yesterday that they had considered entering a team, but have since had a change of heart.

“We were at one time in loose discussions about possibly entering a Bermuda boat in AC35, “ the spokesman told The Royal Gazette. “[But] this is now definitely not going to happen.”

The group’s decision to drop plans for a home entry came after America’s Cup legend Dennis Conner declined an offer to manage the team and help to raise funds to finance the campaign.