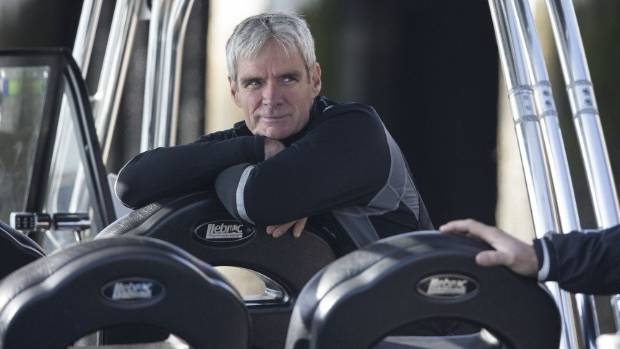 Australian Grant Simmer has made a career out of the America's Cup and predicts big things for the next boat to be used in 2021. Photo Ben Ainslie Racing.

An America's Cup guru is predicting the new monohulls to break the 50-knot barrier for the first time and says they are so radical that teams will struggle to come up with the right training platform.

Australian Grant Simmer, an America's Cup Hall of Famer who has won the Auld Mug four times, is on board with Britain's Ben Ainslie Racing for the next campaign.

The Brits have been kept well up to speed with plans by Cup holders Emirates Team New Zealand and Simmer has crunched some staggering numbers on the 75-foot foiling monohull to be used in the 2021 regatta expected to be sailed in Auckland.

“It can go up to 50 knots and potentially over 50 knots,” Simmer told World Sailing Show.
Read the full story here.