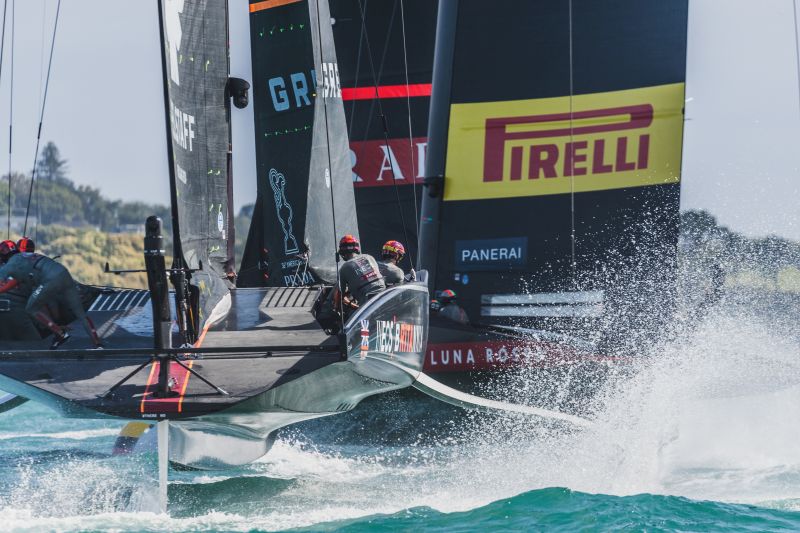 The first two Round Robins in the PRADA Cup will be the first opportunity for INEOS TEAM UK to test the developments and modifications made to BRITANNIA in racing conditions since the frustrating December America’s Cup World Series.

Speaking ahead of the opening day of racing INEOS TEAM UK Team Principal and Skipper Sir Ben Ainslie said, “The team has been working flat out since the World Series and we think we have improved a lot from where we were. We have brought a lot of new parts online including a new rudder, new rudder elevator, new mast, new mainsail, and new headsails. Then alongside that we have made modifications to our foils, to the aero package on our hull and we have changed the systems inside the hull. We knew our development from the World Series would have to be significant and we have certainly been busy.

“Have we improved enough? Time will tell. We are more competitive in the medium to stronger breeze at the moment than the lighter airs, which is where we need to improve our performance. That is our focus and there will be more to come on that after the first weekend of racing. In the America’s Cup the development never stops.

“I give the team a huge amount of credit for the work and the effort they have put in since the World Series. Everyone has been working flat out and limiting all distractions to identify and rectify our issues. We are all now excited to see how much of a jump we have made in our performance.”

The PRADA Cup will see a series of four round robins take place over 15th – 17th January and 22nd – 24th January, with the winner of the series qualifying for the PRADA Cup Final and the remaining two Challengers going into a Repechage series (29th January – 2nd February) for the right to join the Round Robin winner in the Final (13th February – 22nd February). The winner of the PRADA Cup will then face the Defender, Emirates Team New Zealand, in the America’s Cup Match in March.

Speaking about the upcoming racing, Ben Ainslie added, “It will be very interesting to see the improvements every team has made in the Challenger Series, both in their developments and modifications and how well each team can handle their boat. The more racing we get on these fantastic boats, the more our strategies and tactics will develop.

“We have only begun scratching the surface of the potential of these AC75s. It is a fascinating challenge for us as sailors and it should be a real spectacle for the fans watching here in New Zealand, back home in the UK and across the world”.

The racing will be shown live on Fox Sports and streamed on Facebook, YouTube and at www.americascup.com.