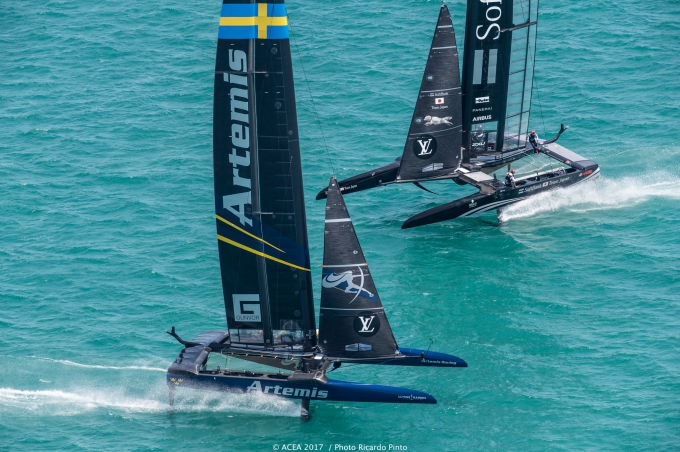 The decision to postpone was taken due to the sea-state and wind speeds on Bermuda’s Great Sound racecourse exceeding the 24 knot speed limit agreed by all six America’s Cup teams.

Iain Murray, ACRM Race Director said, “Whilst there was dramatic action yesterday, well within the wind speed limits, today was a different matter. We have been constantly monitoring conditions on the racecourse during the course of the day and have decided that there will be no racing today as the sea-state and average wind speed measured on the racecourse over the allotted time exceeded 24 knots.

“The forecast for tomorrow is for lighter winds and good conditions and if those forecasts are accurate I am confident we will see more fantastic racing here in Bermuda between the four teams in the Louis Vuitton America’s Cup Challenger Playoffs Semi-Finals.”