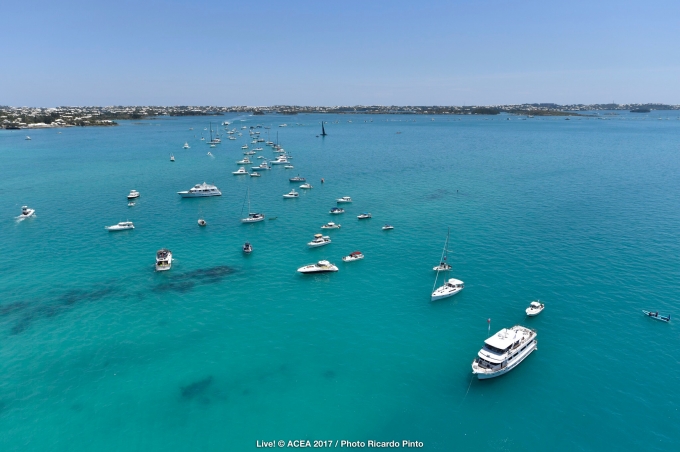 The beautiful Bermudian sunshine was out in full force for Sunday’s scheduled first set of races in the Louis Vuitton America’s Cup Challenger Playoffs, but unfortunately the required winds for racing were not.

Despite the postponement, thousands of fans basked in the glorious Bermudian sunshine and enjoyed the magnificent entertainment on offer within the America’s Cup Village.

Speaking about the decision to postpone Sunday’s scheduled races to Monday 5th June, ACRM Regatta Director Iain Murray, said, “Whilst we tried hard to race, we unfortunately had to postpone the four races planned for Sunday until Monday because the winds simply didn’t reach the required six knot strength. This is how it is sometimes in sailing – here in Bermuda we have been spoilt for action so far, and today was just one of those days.