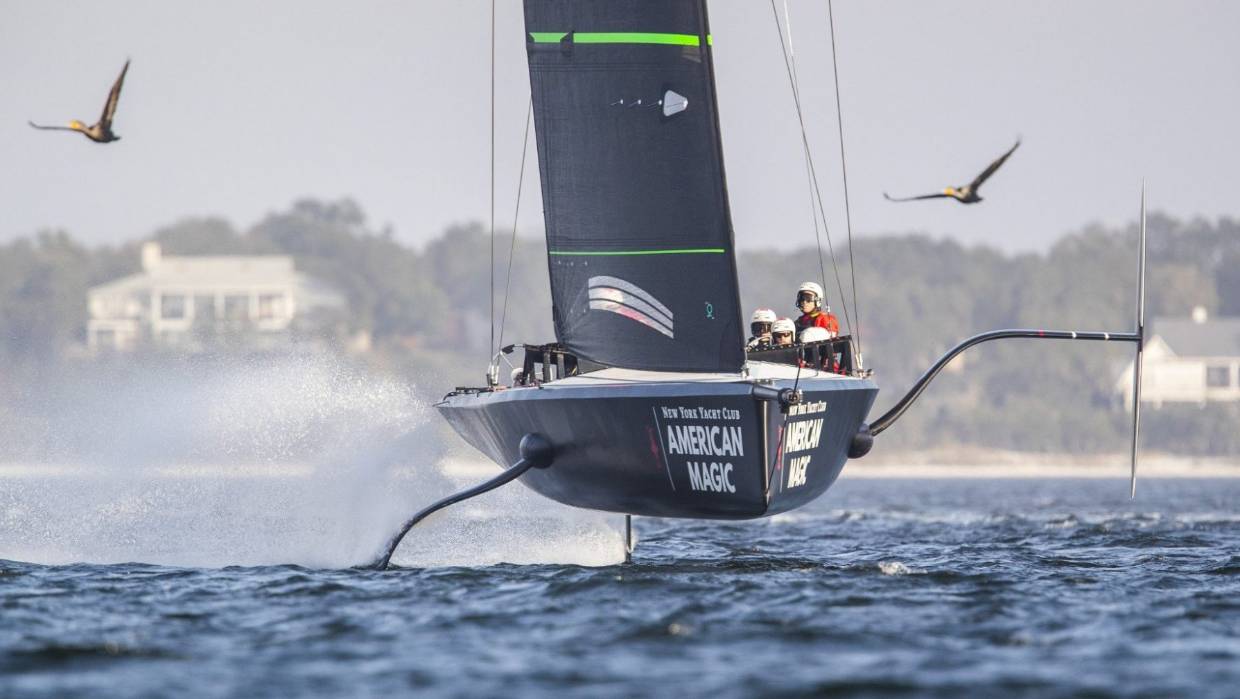 The New York Yacht Club have made the most out of their testing programme in Florida where they have had their scaled-down America's Cup boat flying. Image: American Magic.

Out on Pensacola Bay, the combination of a fantastical-looking test boat called the Mule and technology from aviation giant Airbus is giving the New York Yacht Club's American Magic a flying start toward trying to win the America's Cup in two years.

When the 38-foot Mule reaches a certain speed, it undergoes a striking visual transformation as it rises up on hydrofoils and slices across the top of the waves. American Magic confirmed this week that it is sailing “dry laps'' at its winter base in Florida, with the Mule's hull never touching the water as it flies on foils all the way around a course that's roughly 10km long and 3km across.

“When we get the right breeze direction … we can do 16 miles [26km] of sailing out of the water. It's amazing how fast that happens,'' Terry Hutchinson, American Magic's executive director and skipper, said in a phone interview.

Although spies from rival syndicates have certainly seen the development, American Magic revealed just this week that it has been doing dry laps for about a month.

It's a big step because American Magic is the only one of the seven teams for the 2021 America's Cup that has built the closest thing allowed by the rules to what the actual race boat, the AC75, will look and perform like. American Magic is building its first AC75 in Rhode Island and expects it to be finished by the middle of the summer.

American Magic isn't patting itself on the back because teams never feel they have enough time to prepare for sailing's marquee regatta.

Read the ful story and see the video and other images at Stuff.