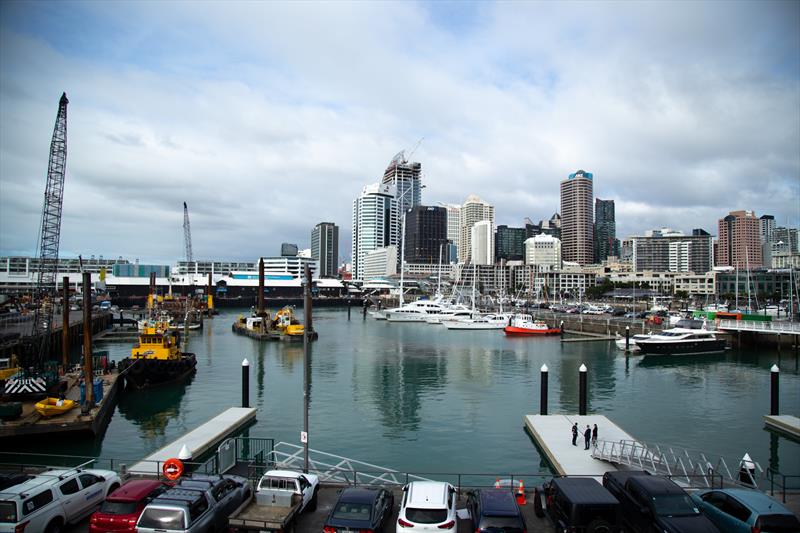 The completed floating infrastructure and breakwater

Preparations are on track for the America's Cup bases but there are concerns that not all of the challengers will make it to Auckland.

All work has been finished on Emirates Team New Zealand's base and they're expected to launch their test boat shortly. But time is running out for two of the challengers – meaning some of the other bases might not actually be needed.

Work to transform the viaduct is well underway, sinking piles, dredging and building breakwaters. They're the first steps in a $200 million redevelopment.

Dean Kimpton is in charge of making sure the work is done in time for the teams to move in. But even now no one seems to know how many bases they'll actually need.

There are four teams locked in: Emirates Team New Zealand, Luna Rosa, Ineos Team UK and American Magic. Three others were late entries. But Malta's already pulled out and there are serious concerns if Dutch Sail and Stars and Stripes USA will make the startline.

“They're just way too late,” says America's Cup expert Tom Ehman. “Short of delaying the event until 2022 I don't see how any of the so-called late challengers are going to make it.”

But seven bases are still being built, including Luna Rosa's on a $37 million extension of Hobson Wharf – even though it could move into one of the now-vacant bases on Wynyard Wharf.

“We thought a lot about that and we have run the timing and the numbers on it and timing is everything on this,” Kimpton says. “The uncertainty about the number of syndicates occurred well after we had to make a drop-dead decision on that wharf extension.”

Read the full story at Newshub.