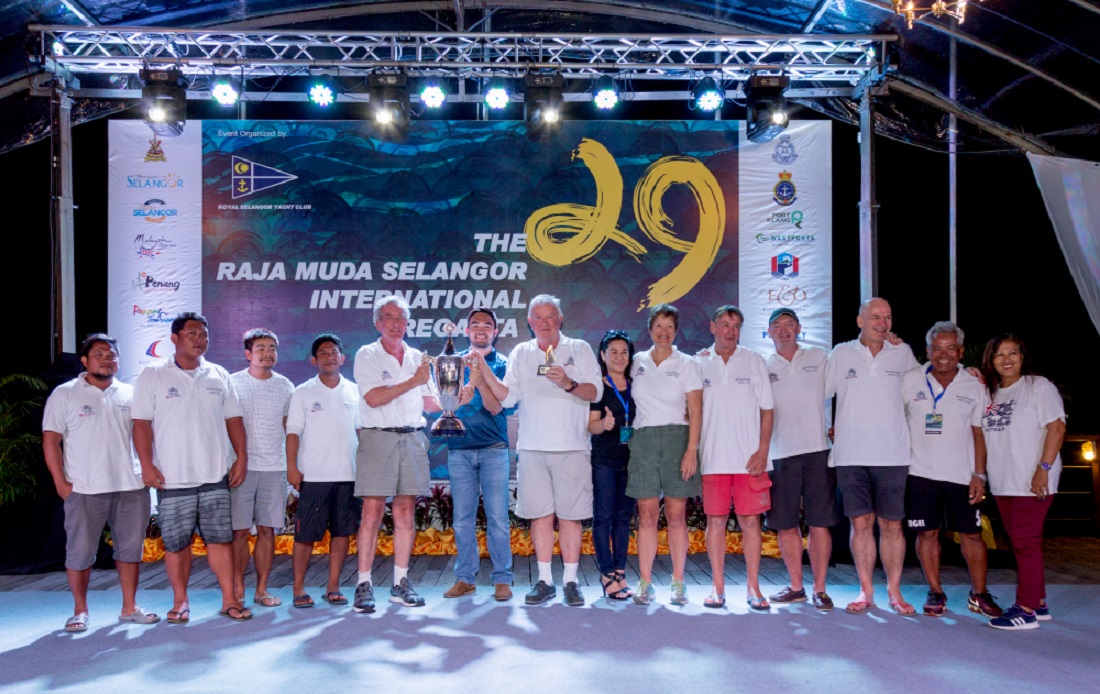 The Raja Muda Selangor International Regatta (RMSIR) in Malaysia will celebrate its 30th anniversary this year, with the dates for the event set for 15-23 November, where Ray Roberts and other Australians will be eying the major trophies.

The format will be familiar to event veterans – passage races up the west coast of the country from Port Klang to Pangkor, Pangkor to Penang and Penang to Langkawi. There will be a day of harbour racing in Penang and two days in Langkawi. In the latter location, these races can be ‘around the cans’, or longer courses that have yachts sailing around small tropical islands.

Ray ‘Hollywood’ Roberts from the CYCA in Sydney is a RMSIR veteran, having entered with Quantum Racing, Evolution Racing, Millennium, Luna Nova and Hollywood Boulevard.

“I really like the format of the RMSIR,” Roberts said. “The combination of overnight passages with windward/leeward racing makes it a most unusual regatta and draws the best and worst out of you.

“You could be leading the overnight races, then do badly in the windward/leeward, so suddenly your regatta could go out the door, or vice versa. You really need to master the light airs and prevailing currents and do your planning carefully. If you want results, you can’t be a lazy sailor in Asia,” Roberts ended.

Many Australian sailors and owners participate. Dr John Wardill and his ‘Australian Maid’ first did the regatta in 1991, after delivering the boat some 2000 miles from Darwin in Australia to Port Klang. Since then, Wardill has competed 21 times and achieved four wins in Premier Cruising.

RSYC has been informed that the Club’s Life Commodore, HH The Raja Muda of Selangor, Tengku Amir Shah, will compete on his own chartered IRC yacht, alongside a crew made up of close friends, with experienced sailors and members of the Royal Selangor Yacht Club. The crew will train during the coming months and fully intend to be highly competitive.

For the 21st RMSIR in 2010, His Highness was a crew member on the Beneteau 54 Baby Tonga, skippered by Anthony Hastings, which took first place in the Premier Cruising Class. In 2018 he sailed on board Team Scallywag’s Orma 60 trimaran, which won the Multihull Class Cup. In other words, His Highness is quite familiar with the unique challenges of this nine- day event.

Hosted by the Royal Selangor Yacht Club (RSYC), the event typically runs at least six classes, with TP52’s and fast 40 footers in the top bracket; 50-70ft yachts in Premier Cruising, down to a good selection of club Cruisers, some multihulls and a few wooden classics – very much a regatta for every type of sailor.

Known for the after race parties, RMSIR gives sailors the opportunity to experience the best of Malaysian food and culture. This year the regatta is returning to the Khoo Kongsi in Georgetown, Penang, an elaborate Chinese clanhouse with highly ornamental architecture.

The icing on the cake for this prize giving evening will be a Lion Dance Troupe, one of the best and most daring anywhere in the Pacific.

Charter yachts are available for the regatta, including a TP 52 owned by Ray Roberts.