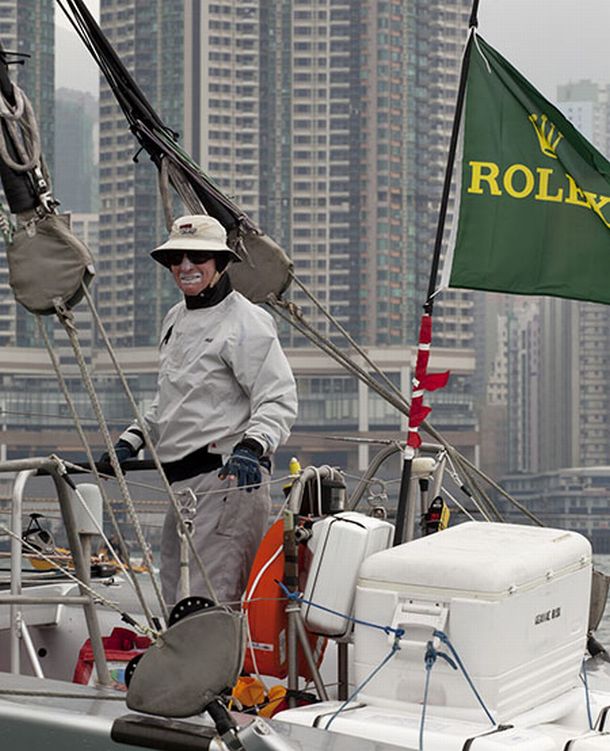 The 12 Metre yacht Freedom (US-30) has been bought by Charles A. Robertson who will make her race-ready for the 2017 sailing season.

NEWPORT, R.I. (February 16, 2017) – The 12 Metre yacht Freedom has been purchased by Charles A. Robertson (Guilford, Conn.), a well-known East Coast sailor who has been active in a number of America’s Cup and 12 Metre campaigns and is well known for skippering his Frers 75 Maxi Cannonball and a series of other like-named boats to victory in various one-design and offshore racing events.

Robertson, a former trustee of the New York Yacht Club, plans to race Freedom in the boat’s home waters of Newport, R.I. starting in June.  He will participate in the International 12 Metre Class’s recently announced “Road to the Worlds” series that culminates in the 2019 12-Metre World Championship, which is scheduled to coincide with celebrations marking the 175th anniversary of the New York Yacht Club.

Designed by Olin Stephens and constructed at Minneford Yacht Yard in City Island, NY, Freedom was the last yacht to successfully defend the America’s Cup for the New York Yacht Club by defeating Australia in 1980 in four out of five races. After the 1983 America’s Cup, she was sold to France where she stayed for many years before returning to the U.S. in 1999.  Currently, Freedom is at Pilot’s Point Marina in Westbrook, Conn. where she is undergoing substantial work. Along with getting new sails, instruments and electronics, she will be newly painted to look similar to how she did in 1980.

“Olin was a dear friend of mine, and Freedom was the last 12 Metre he designed,” said Robertson. “He had a special affection for this boat, and so do I.” Robertson added that – like his past Cannonball campaigns – this one will involve a contingent of “young, enthusiastic sailors who are predominantly amateur.”

In the Road to the Worlds series, Freedom will sail in Modern Division (for 12 Metres built between 1968 and 1983) against Victory 83, Challenge 12, Lionheart and the only two America's Cup yachts to win the Cup twice, Intrepid* and Courageous.

The Road to the Worlds schedule for 2017 starts with the Newport MetreFest, June 9-11, which coincides with the New York Yacht Club 163rd Annual Regatta.

To find out more about Freedom, including crew opportunities visit https://freedomus12-30.com/. For more information on the Road to the Worlds 2019, go to http://bit.ly/2kDrVnV.